Thank you to everybody for their sympathy last night. As you can imagine, that was a heck of a night. I checked on the puppies every 5 minutes until about 10, “slept” beside them until midnight and then again between 1 and 2, then got up to check them at 3:30 and 5 a.m. Everybody is fine.

It’s sad to lose a puppy at any point, but after 12 days of hard work it’s also frustrating!

The moment Alice jumps in the tub the little suckers all nail her, even though (most) of their eyes aren’t open yet. She has taken to feeding them sitting up. Then sometimes she gets tired and just lays down wherever she is instead of moving over to the side first. No problem for the bigger puppies, they just wiggle out of the way. But for the three who were only up to normal birth weight at almost two weeks, it’s a little harder. 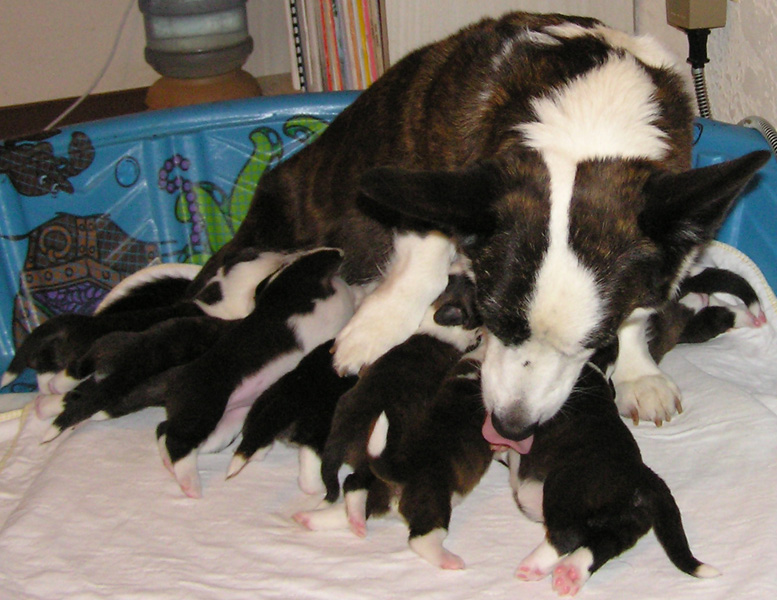 Puppies, puppies, everywhere! Alice doesn’t notice that one is missing: she can’t count that high. 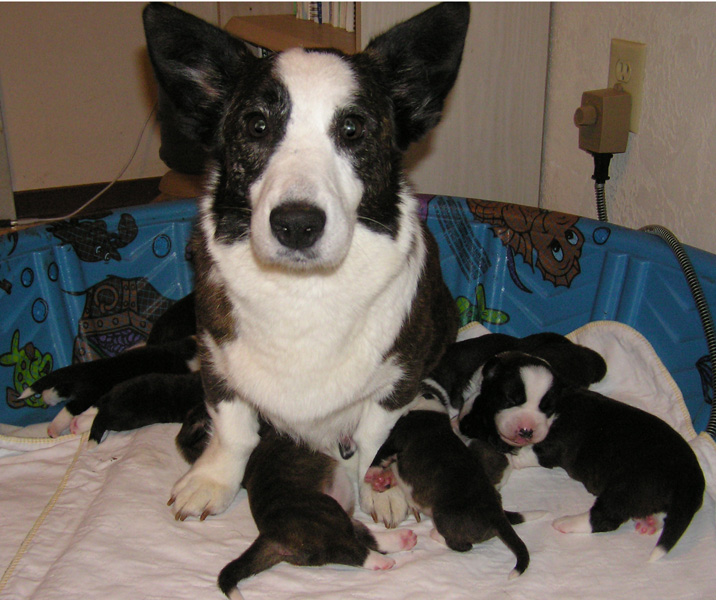 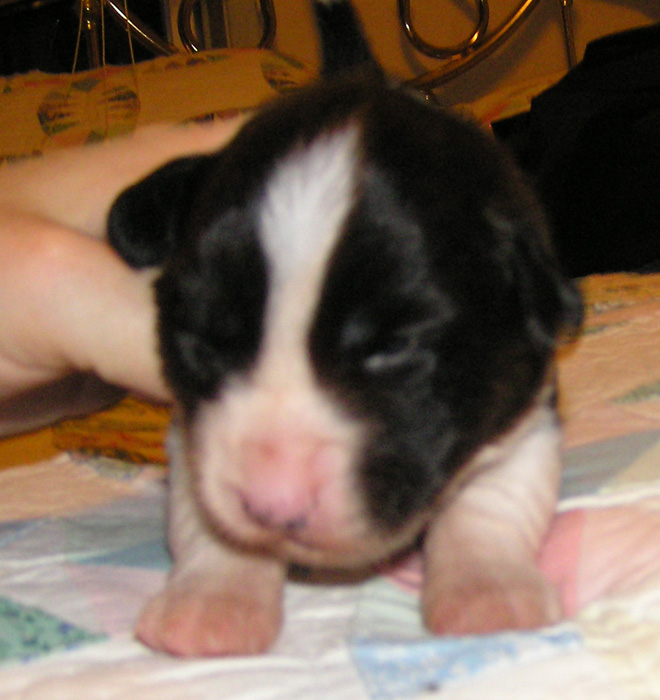 Heather has eyeballs, but she’s the only one so far. Hers were actually open yesterday morning. She is a very advanced puppy.