It isn’t often that we have a weekend like this: 2 majors with one new champion and 2 best of breeds with group placements. We have more pictures of dogs and people and of course there will be official win photos, but here is a sampling that Tom took from ringside.

Links to results: Saturday and Sunday

First, Digger. On Saturday Digger was RWD to Shadowalk Deacon. Both were entered in the Bred by Exhibitor class. The judge had a hard time deciding between the two, we could tell that first due to the number of times she had the two of us move around the ring together. She would put one in front and then the other. Around and around we would go. And secondly because she told us how difficult it was to decide. Deacon ended up going BOS over the male specials. 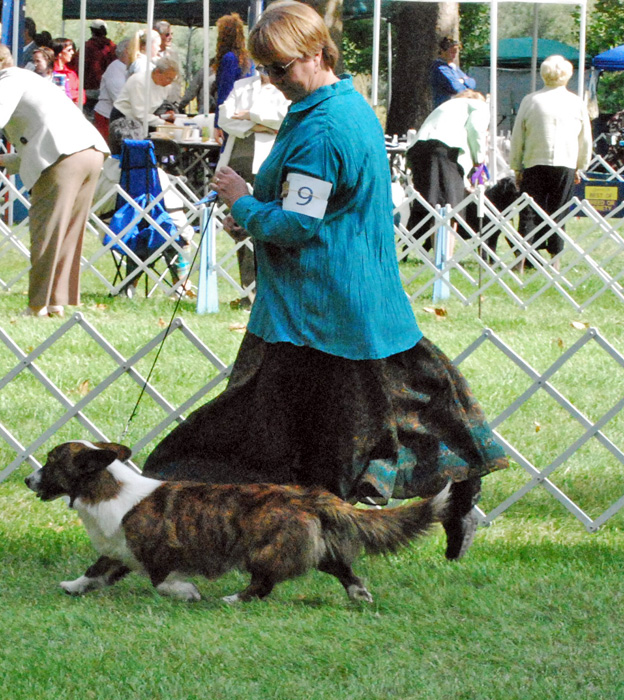 I just love this dog moving.

Munster, Deacon, and Digger in the BBE class. 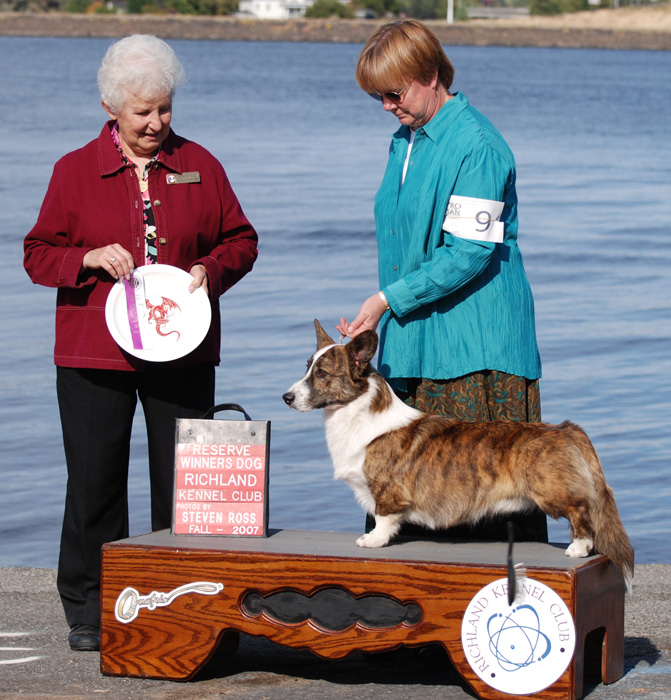 But it’s a dog show and there’s always another day. Keep in mind that Digger started the weekend with 13 points but only one major. He needed any major to finish. An entry of 5 dogs would have done just fine.

Sunday Digger won the Bred-by class. There was no open dog as Paul showed Truman on Saturday only. Digger and I stayed in the ring as the younger class dogs came in. About that time it clicked that I had a really good chance of finishing my dog if I didn’t screw things up. I was saying to myself “breathe, breathe, breathe.” One more time around the ring and the judge pointed at Digger.

Back in the ring for Best of Breed and Digger was Best of Winners over 18 bitches to turn the 4-point major into a 5-pointer. That was overkill. Champion Digger!!

But we were upstaged by Henry and Wally. 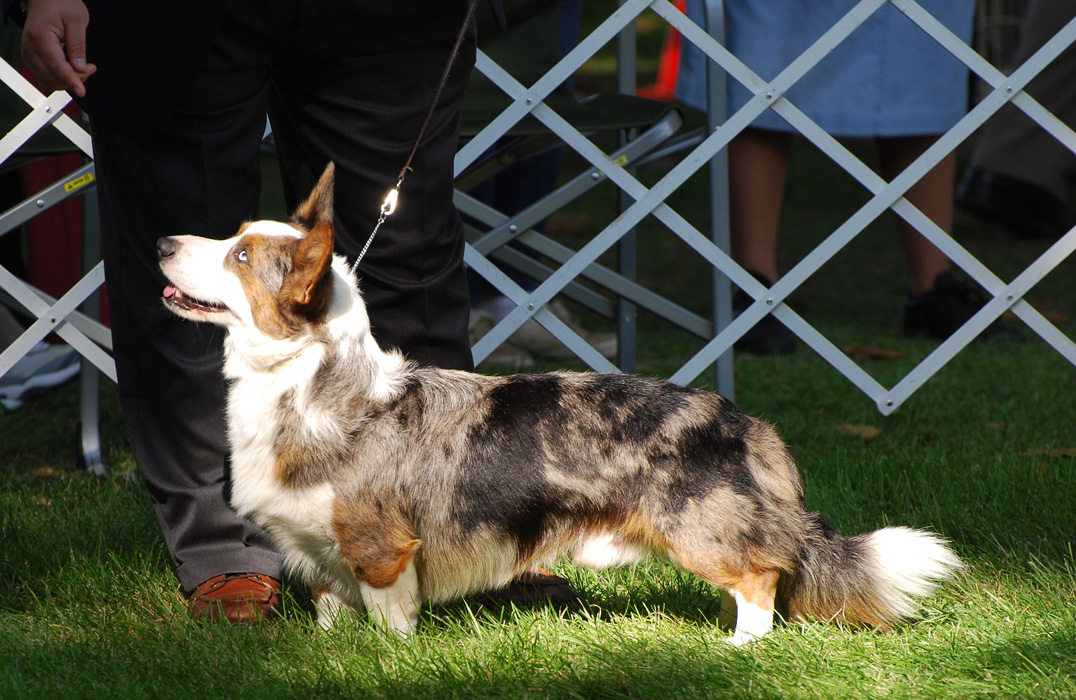 Wally was Best of Breed. I thought Henry might faint, but he didn’t have time to. Mandy grabbed him and rushed him right over to the group ring, where all of the other herding dogs were milling around waiting for Cardigans to finish. I doubt that Henry even had time to grasp what was happening, which was probably a good thing because in what seemed like no time at all . . . 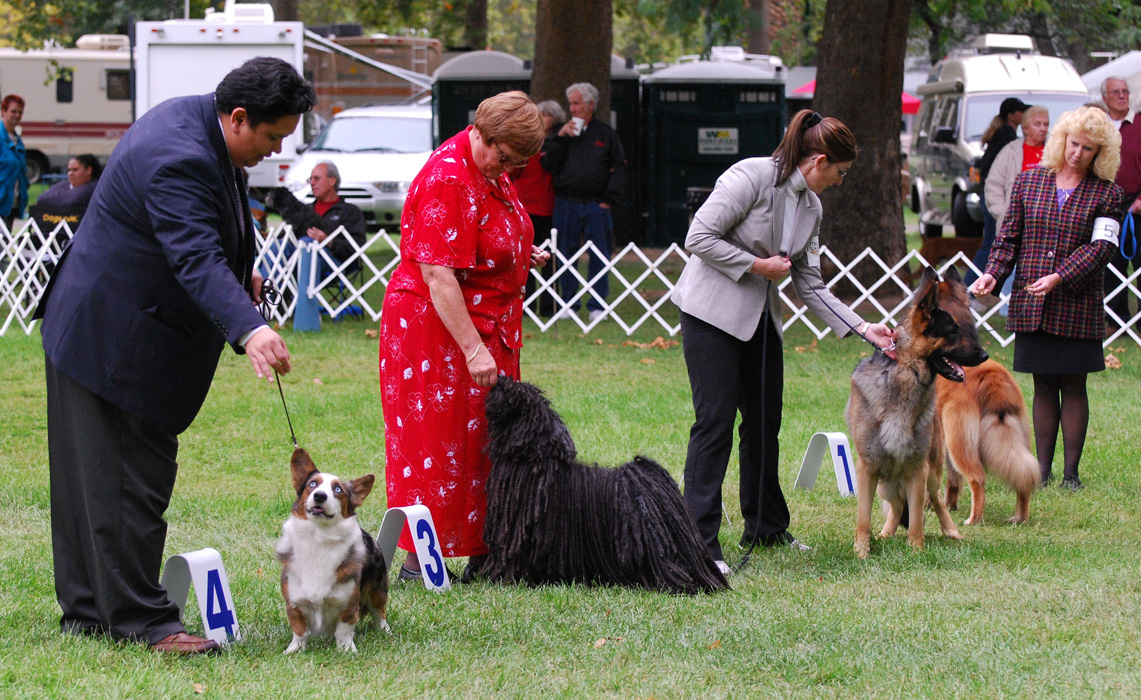 Wally is now a group placer. 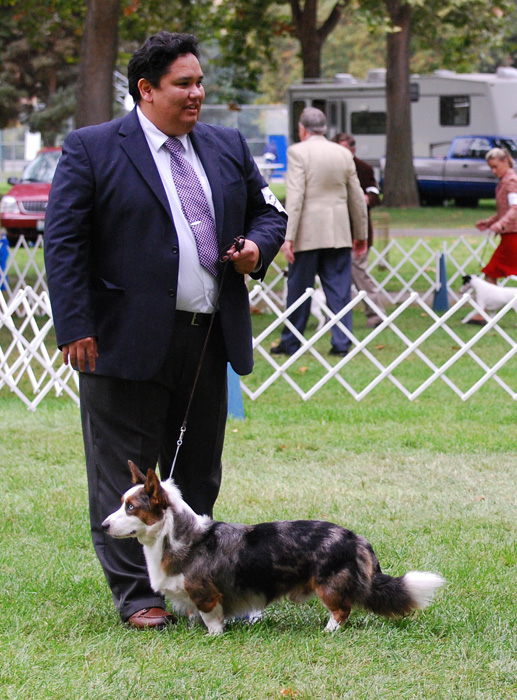 Tom didn’t get to the Vallhund ring for pictures either day. On Saturday Nancy’s Vegas (Rikkii’s sire) was BOW for a 3-point major to finish. He needed only a single point going in to the weekend so it was a pretty sure thing that he was going to come out a champion. Nikki won the breed, her sixth win. But the bigger Vallhund news from Saturday was that she also won a Group 3. Go Nikki!! 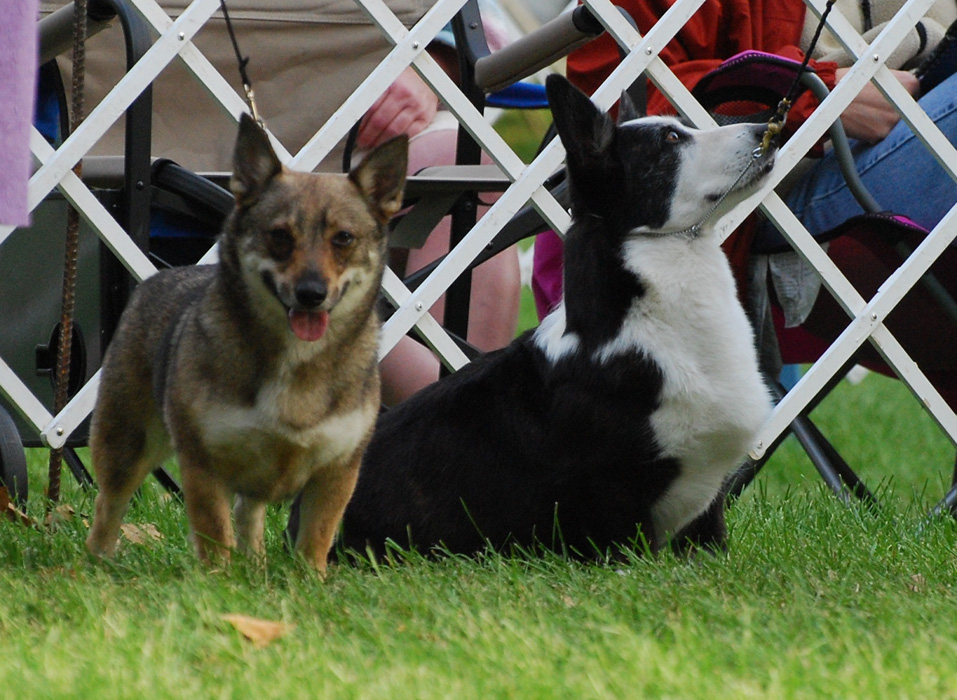 Nikki and Denise’s Zayla waiting their turn in group. Zayla was Best of Breed from the veteran’ class on Saturday. 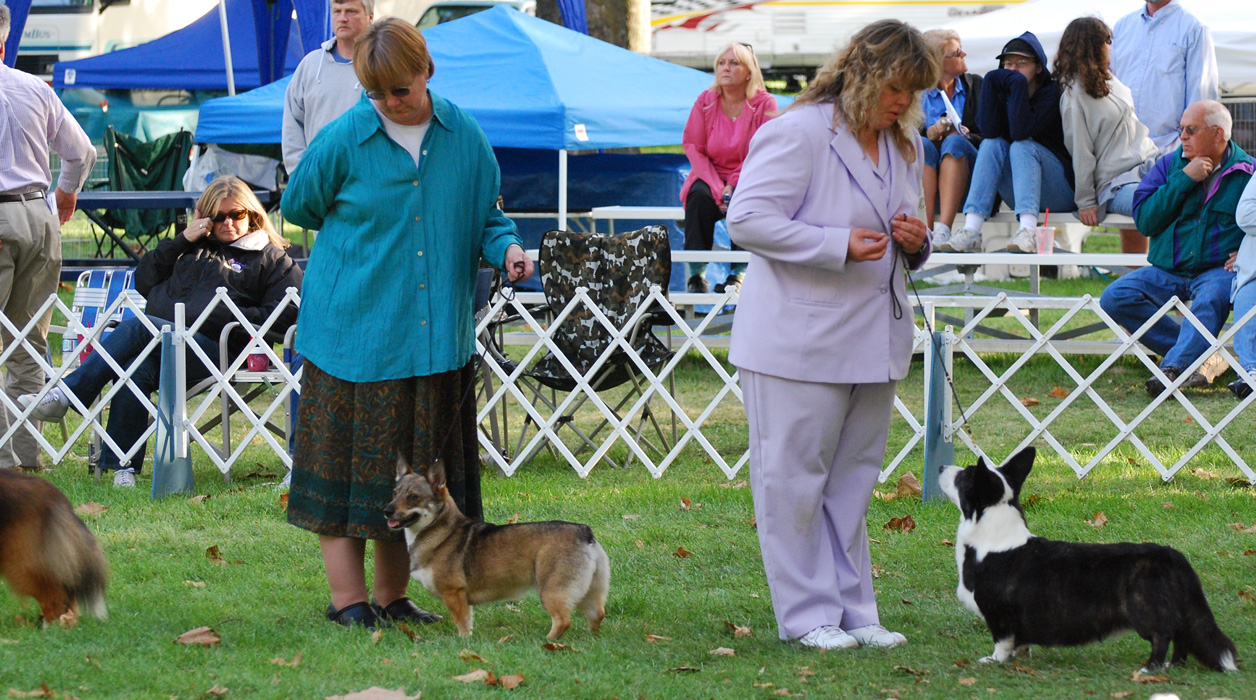 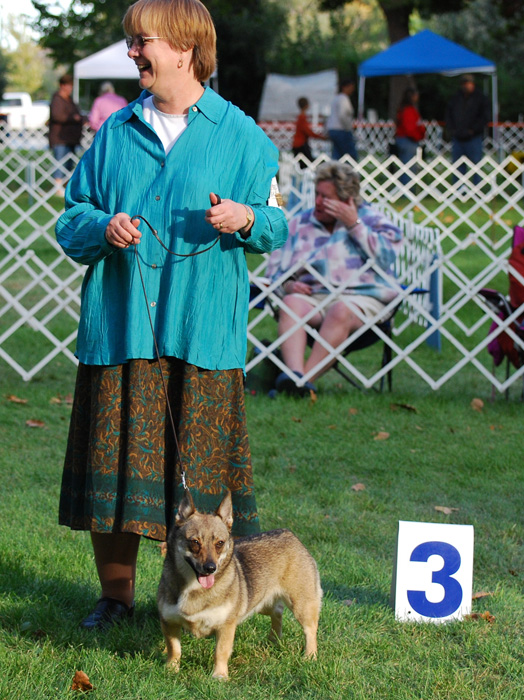 Do I look really happy?

Congratulations also to Denise and she and Zayla were Group 4.

On Sunday in Vallhunds Rikkii was the only class dog. Mandy handled him hoping for Best of Winners over the bitch major. Rikkii deservedly won, so he is now major-pointed before the age of 7 months.