Sometime during the night, Heather learned how to make ferocious growling sounds. She now uses them while running up to other puppies. Well, she thinks it’s running. It comes out more like “tottering”. 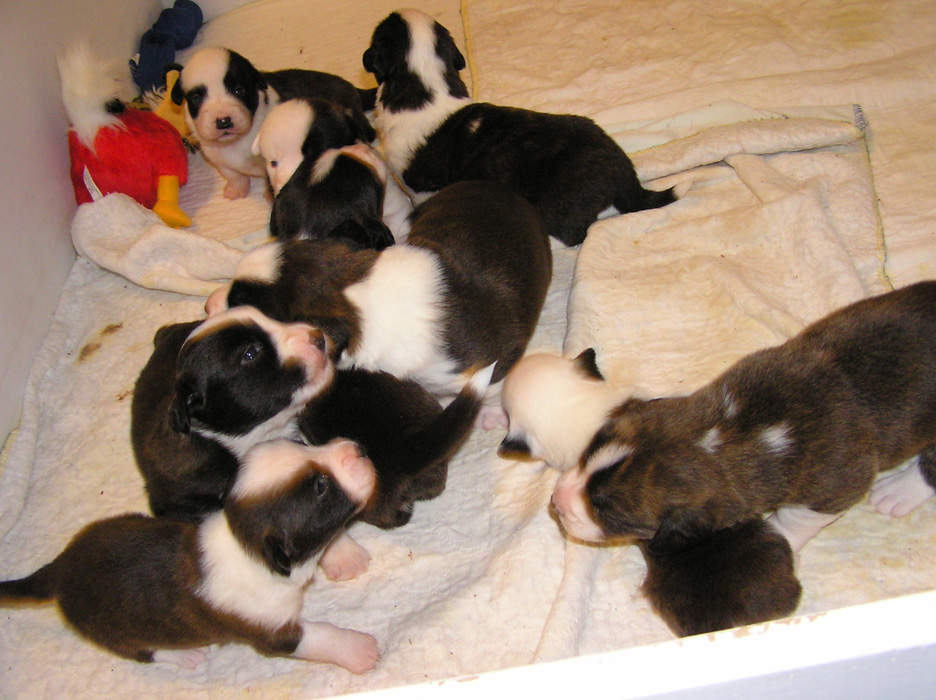 I generally start feeding the puppies at three weeks of age. But with a large litter such as this sometimes the puppies just seem ravenous so I start a few days earlier. 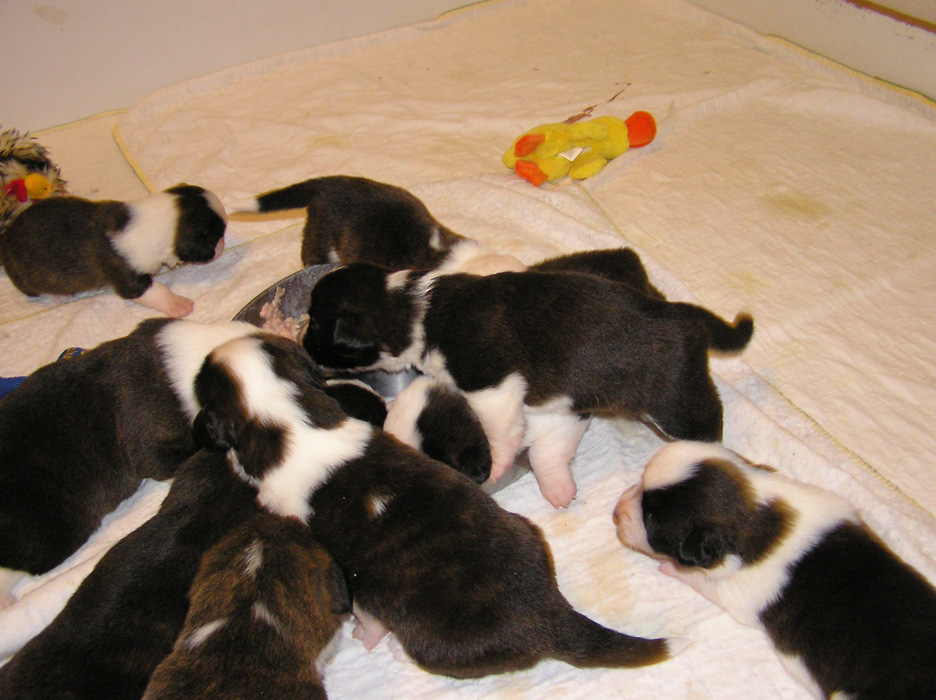 This is the first litter I have not fed cereal to. This is a mixture of milk and ground turkey. I was amazed how every single puppy dove into it with no coaxing. I put the amount in the pan that I usually would feed a litter of this size, then ended up doubling it as they were still eating. 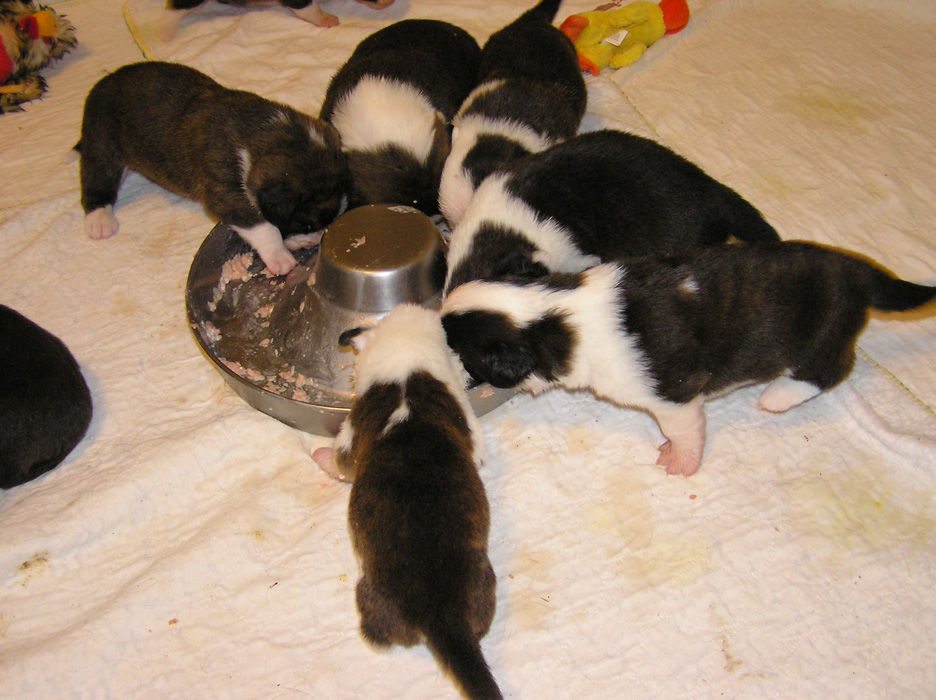 Even little eagle went right to work on it. He looked like his belly would burst by the time they were through. All I can say is “wow”.