The puppies are now 3.5 weeks old. Over-all, I’m pleased with what I see. They are a very laid-back mellow bunch who respond well to handling and cuddling.

What can I tell so far? Well it looks like we have good round bone, good rears and tailsets for the most part. They also seem to have better rib-spring than we have had in some other litters. 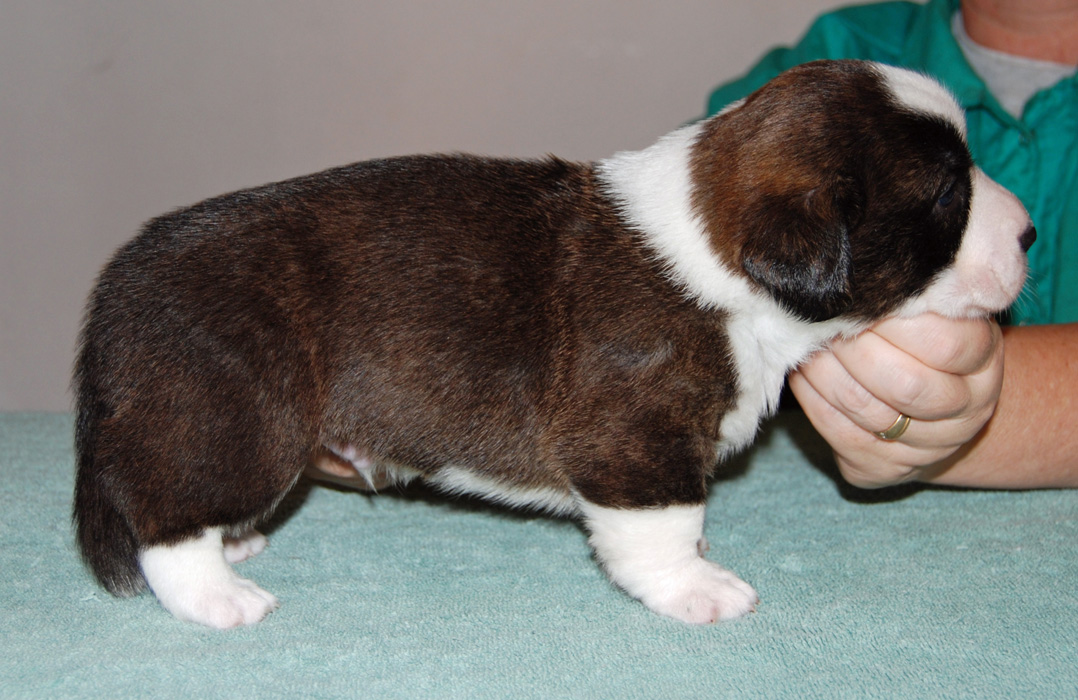 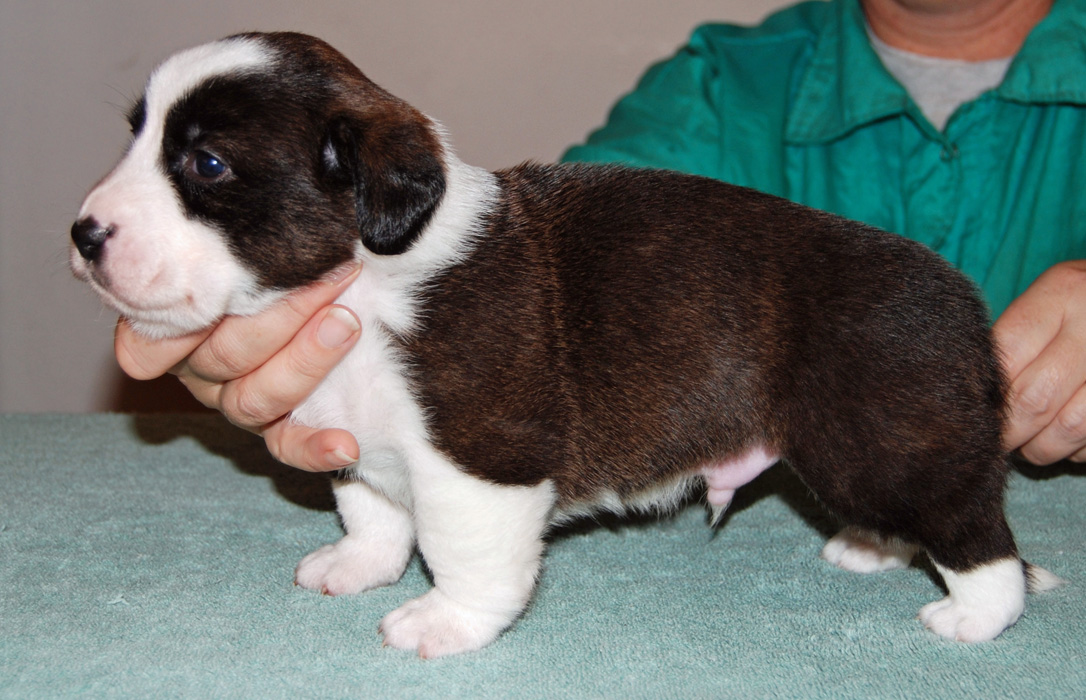 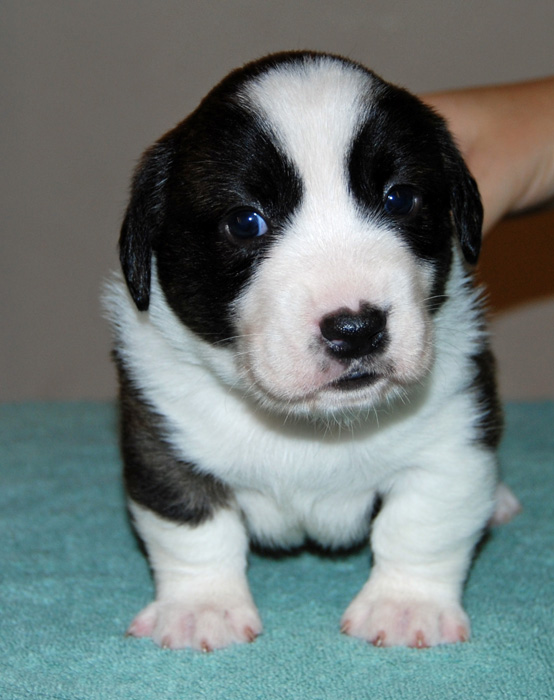 Still the biggest, Ace is also the one in the litter who grabs your eye. It’s going to be interesting to see if he changes. 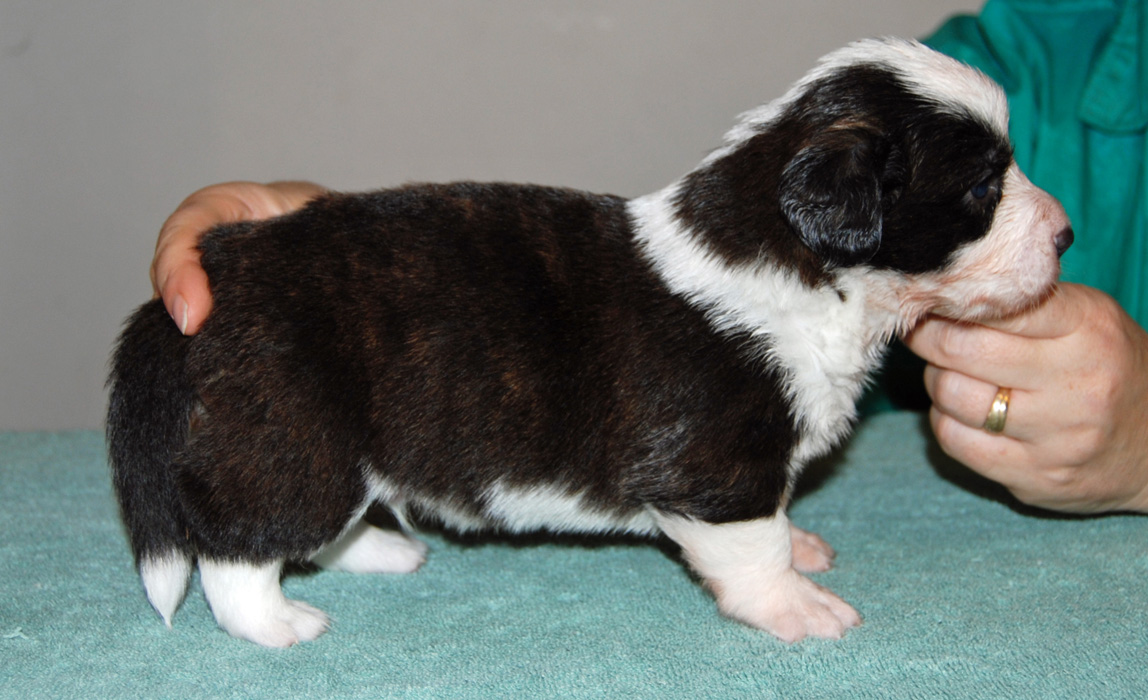 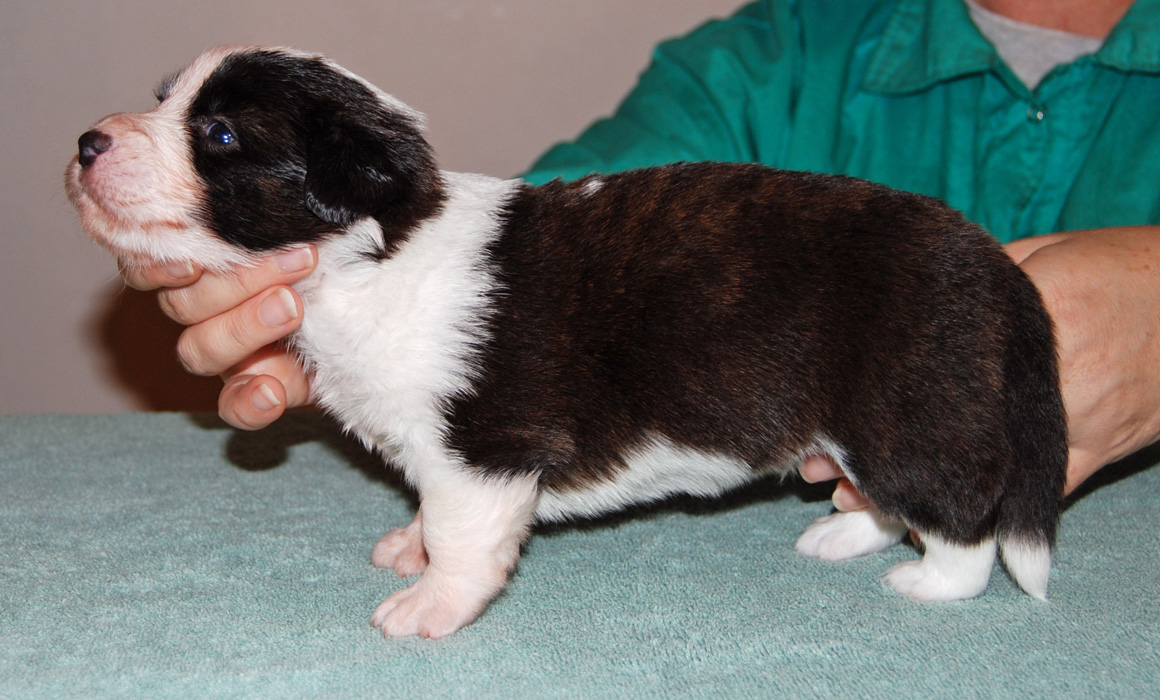 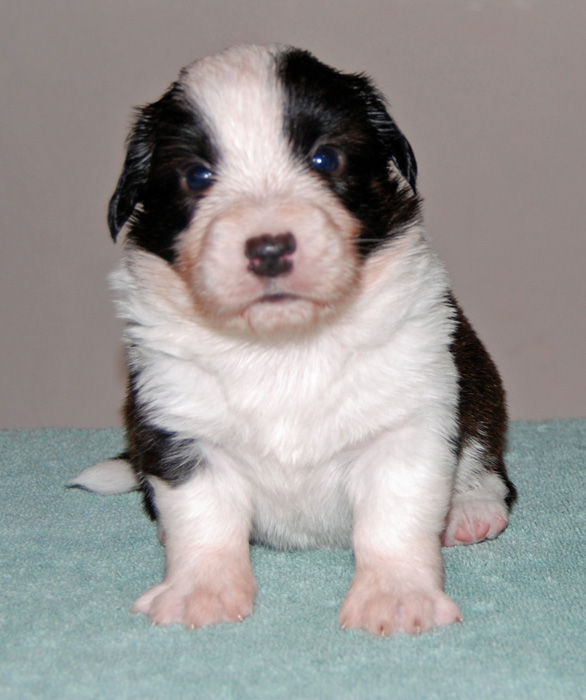 Bogie AKA Fuzz-Boy is Tom’s favorite, and asks Tom to pick him up regularly. No dear, you can’t keep him. 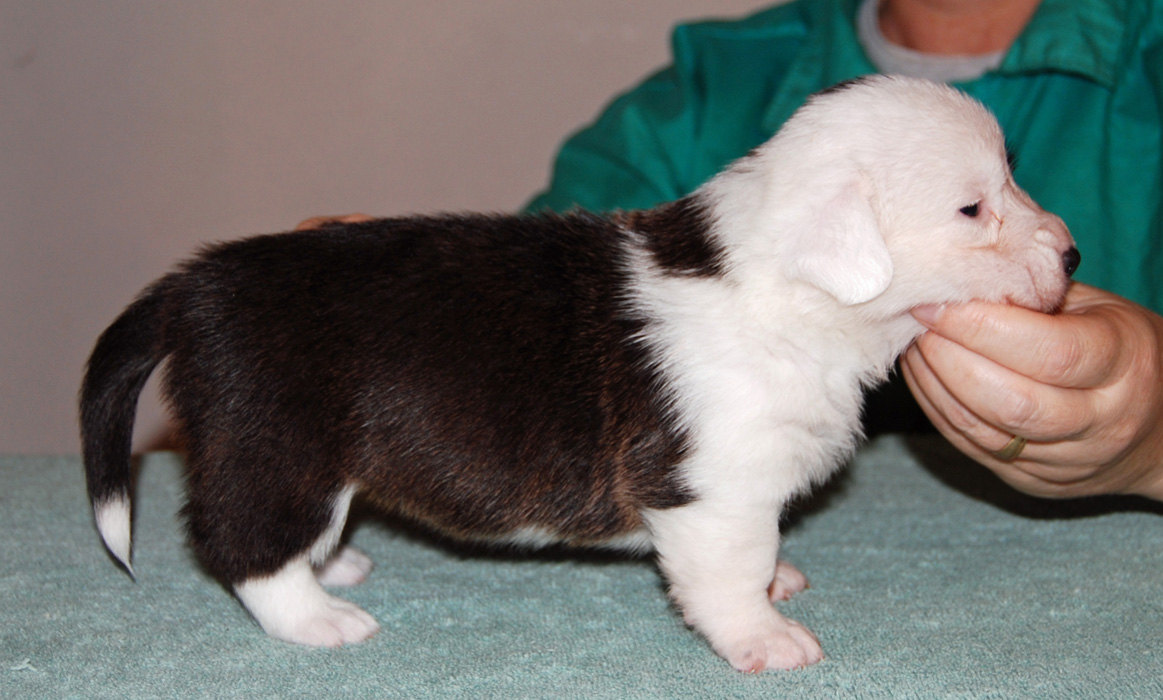 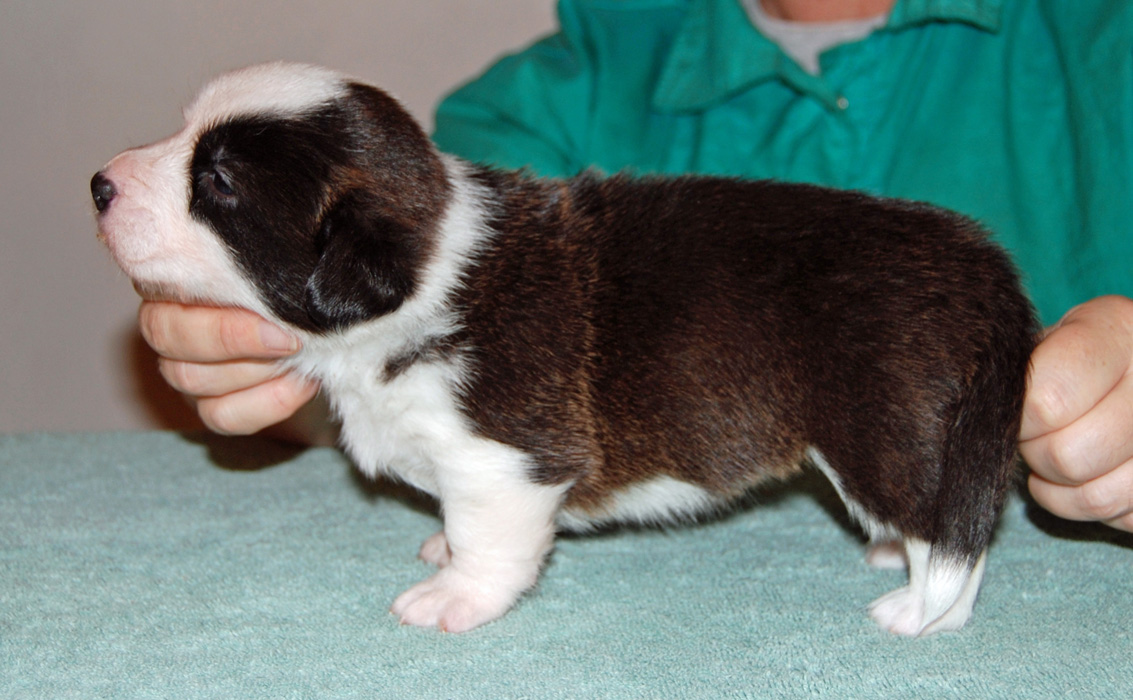 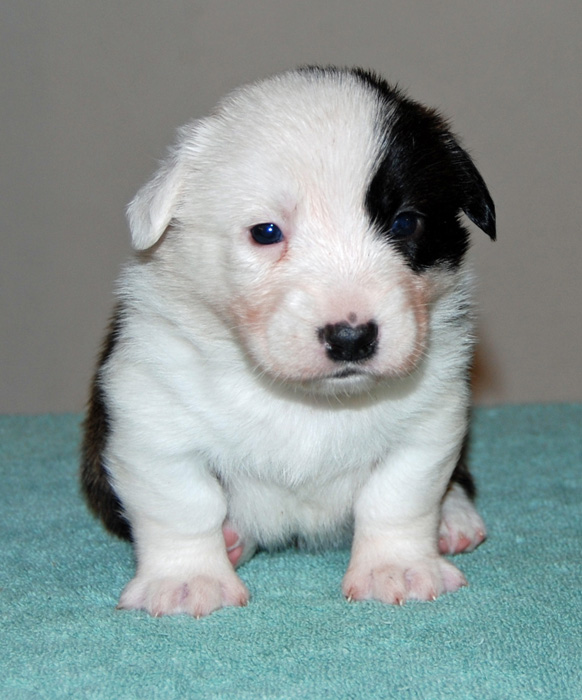 Clem is a pretty little girl. I agree with some others who recently discussed it on showcardi: I like half-masks. She also has a lot of personality. 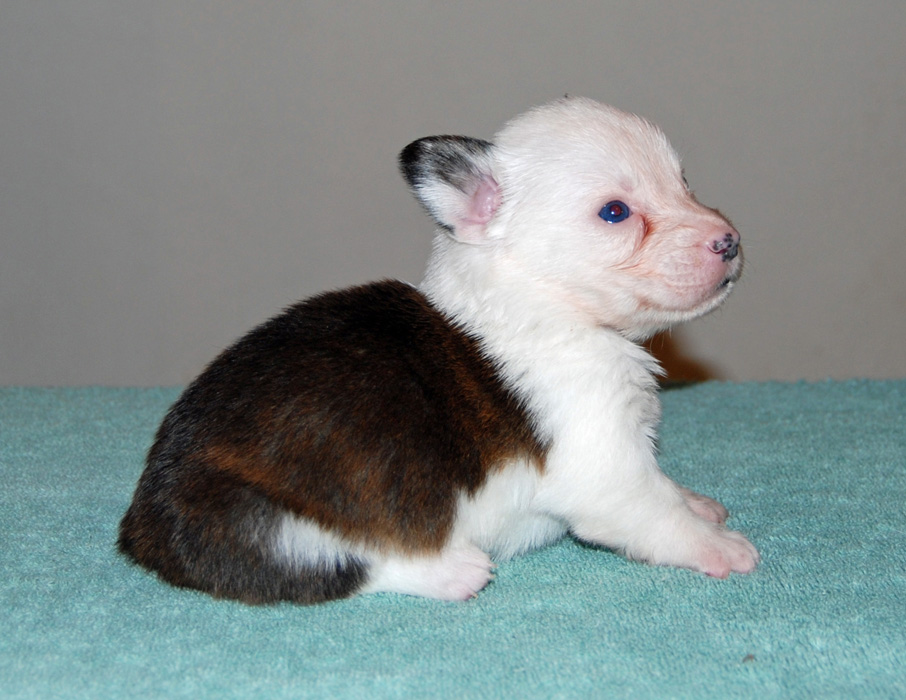 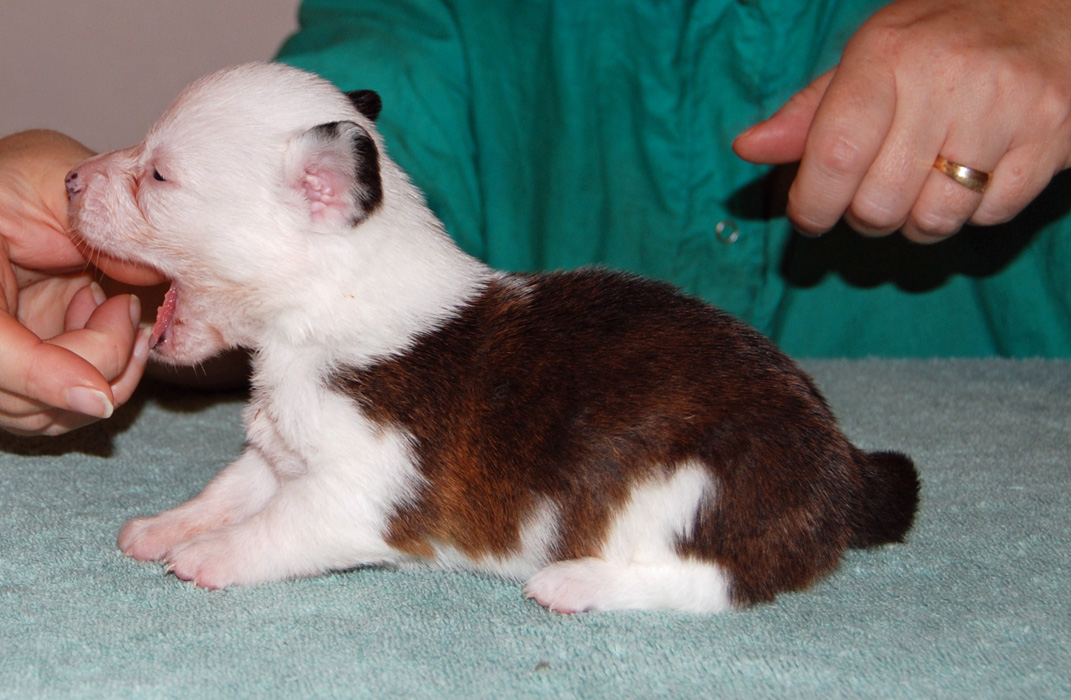 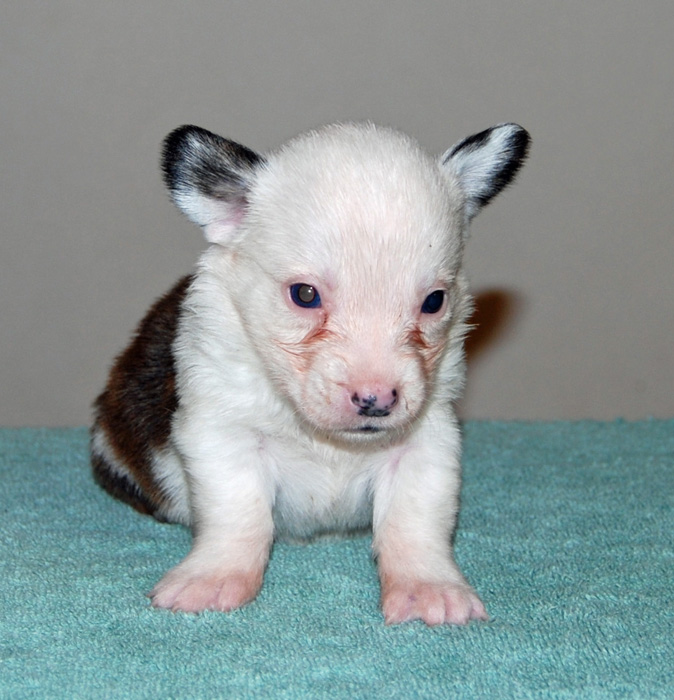 Somewhere along the way, Eagle has become “Eaglet”. He is still too immature to hold a stack, but he is making good progress. He still doesn’t hear us but is attuned to faces and loves to sleep in your hands. He is up to about 1.5 lbs as of this morning, and is a really good eater. 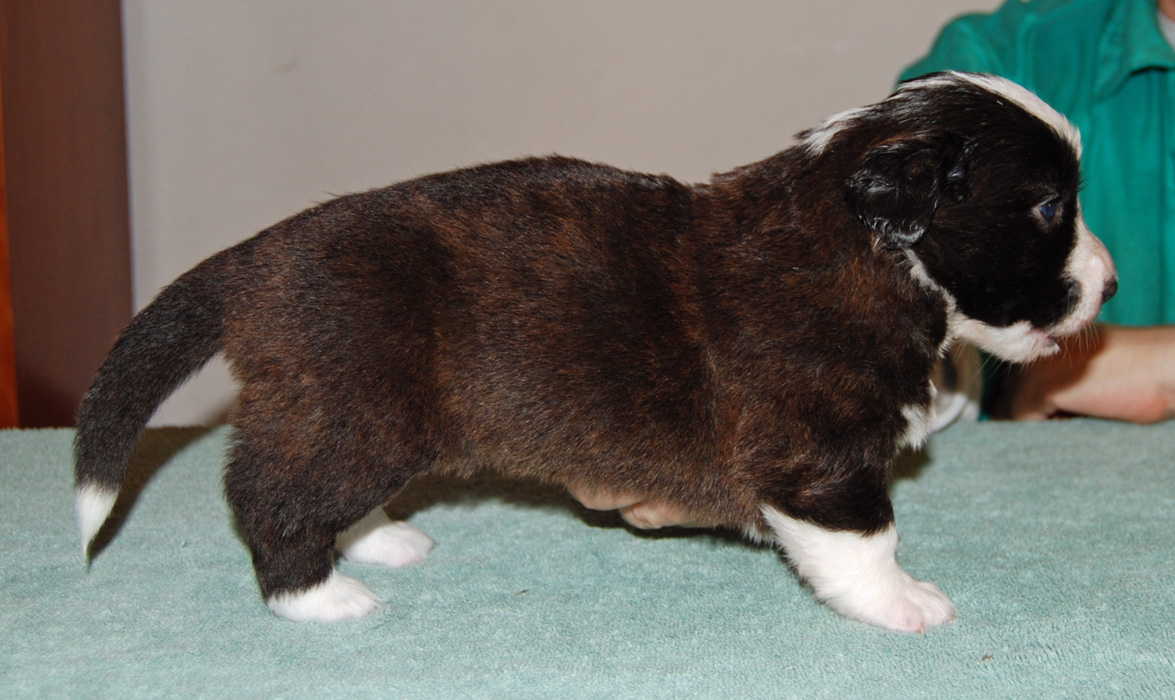 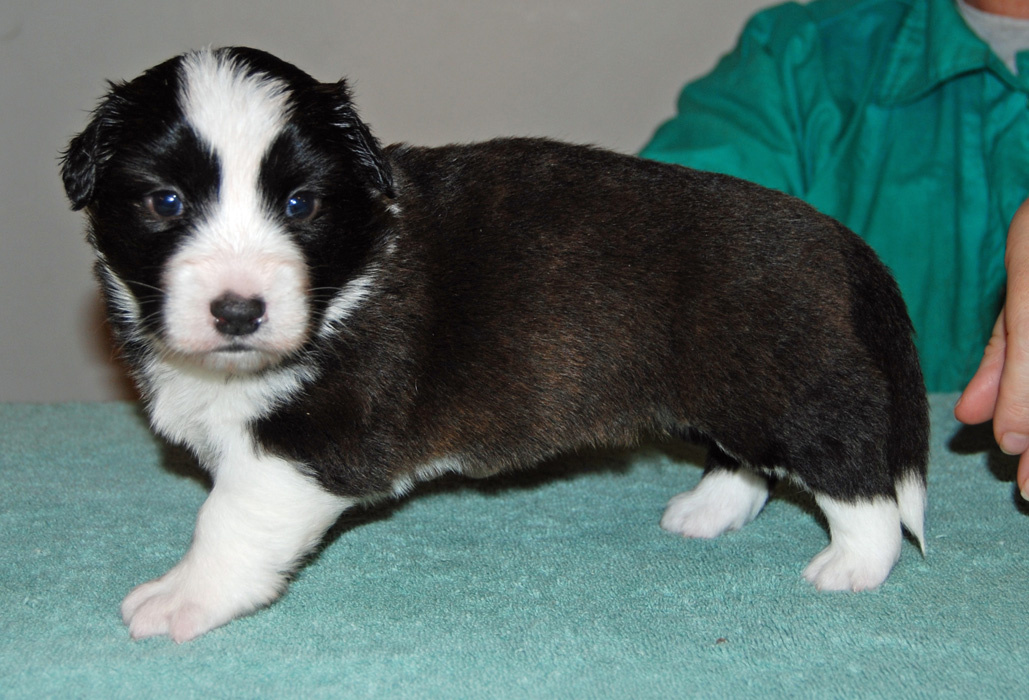 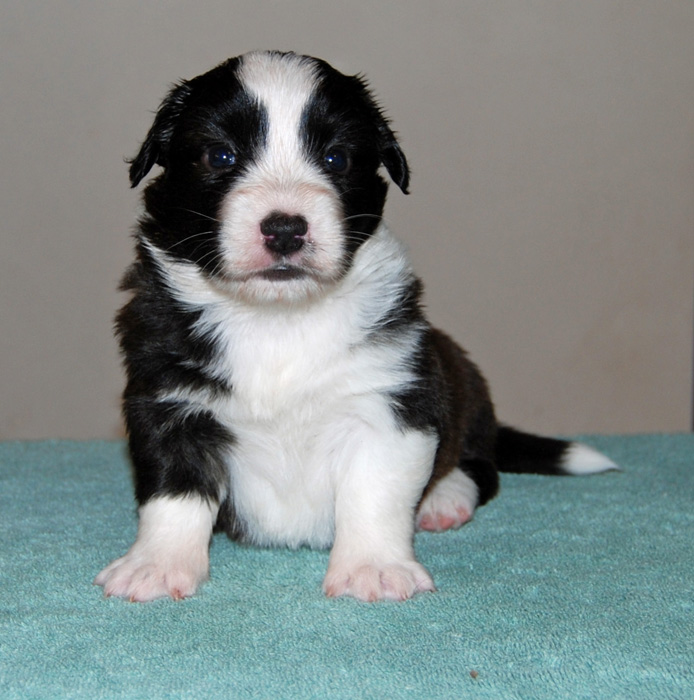 Feather is the largest and most mellow of the girls. She was being a little obstinate on the table this morning. 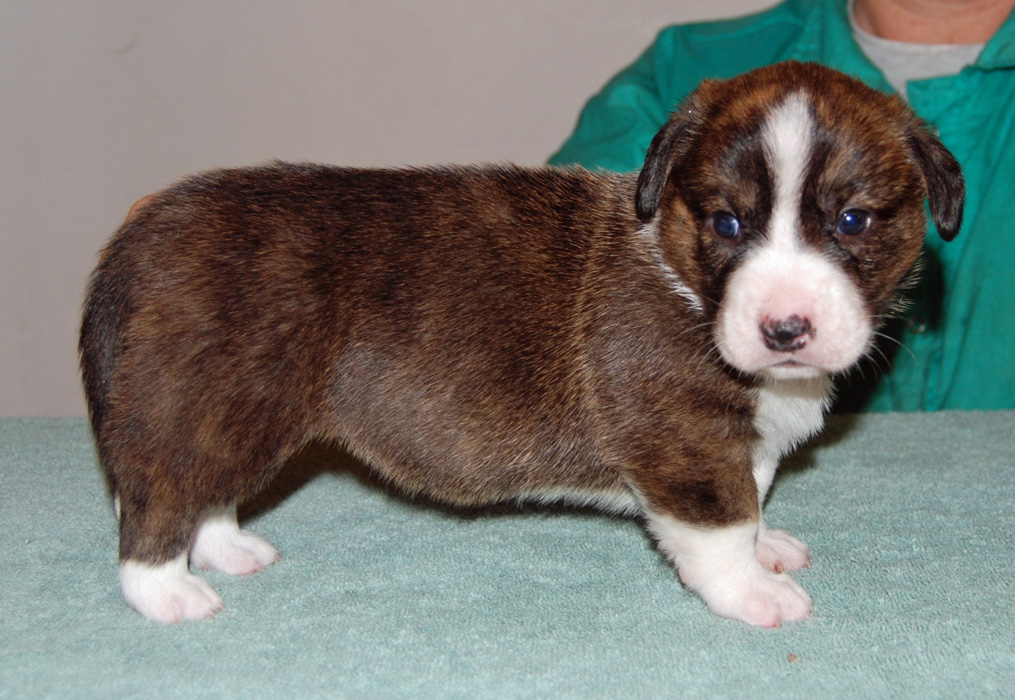 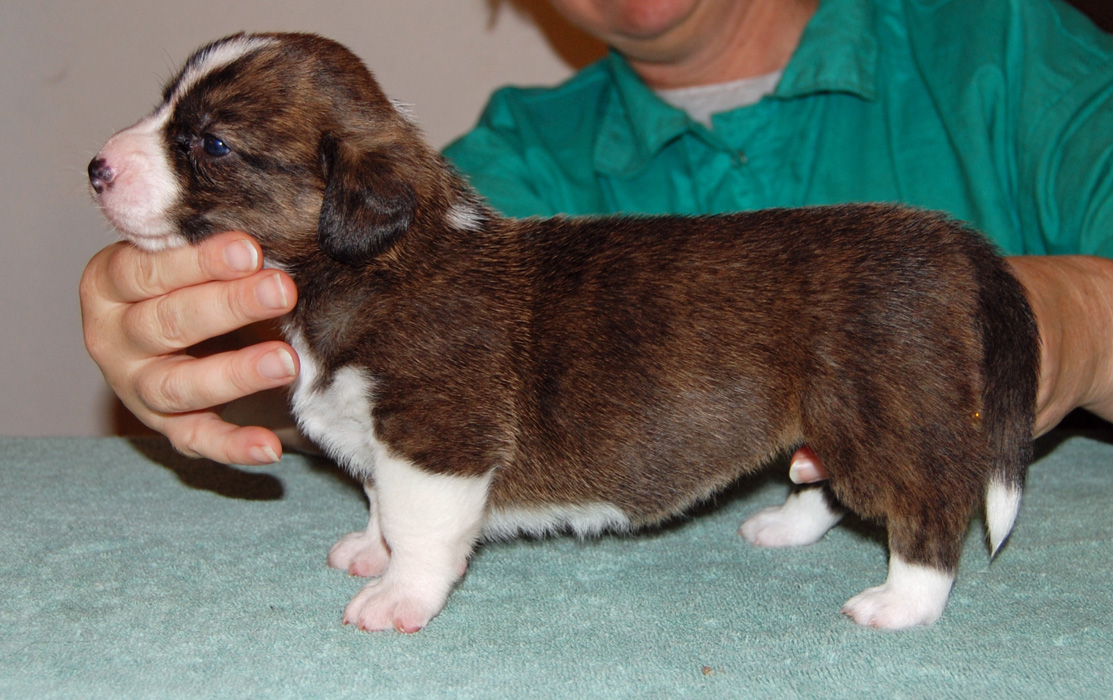 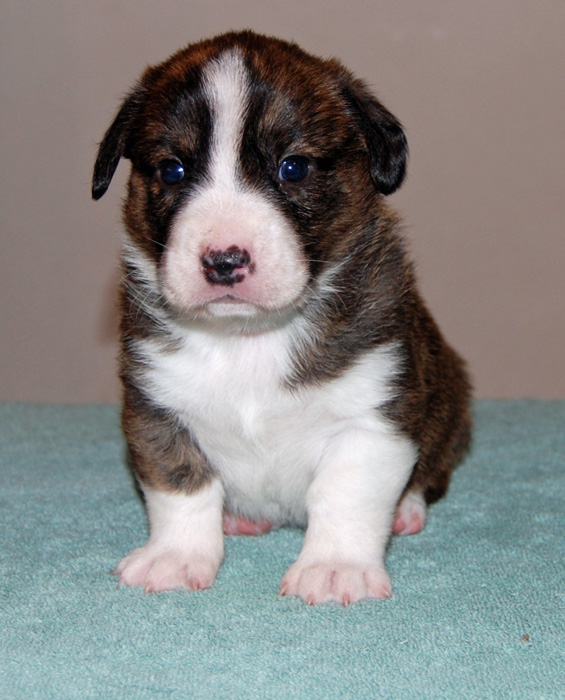 Golda already stacks herself and yes, that his her real topline. Wow. I’m hoping that she keeps it together. 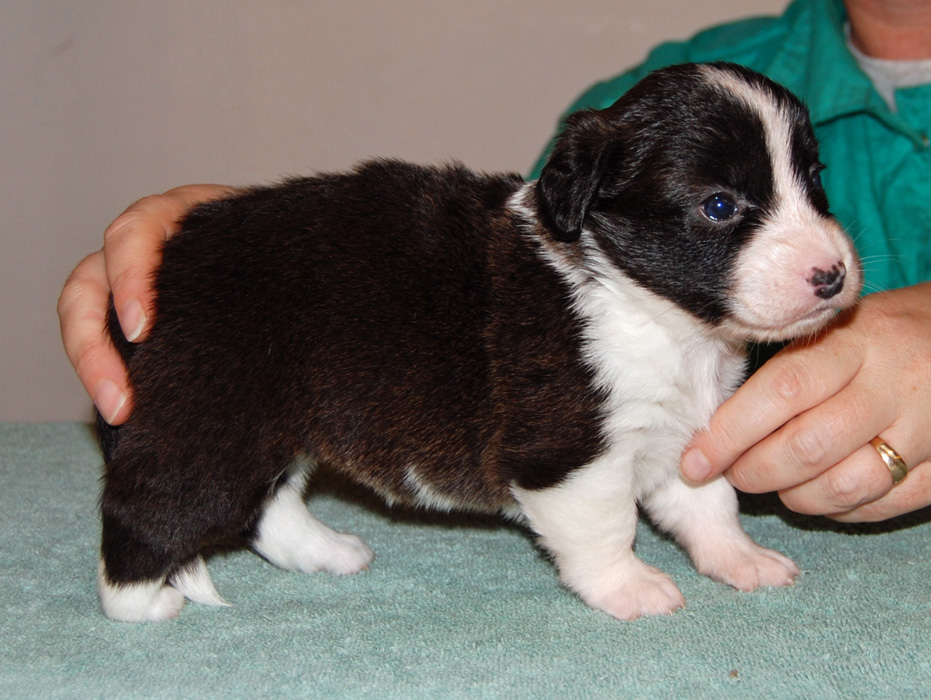 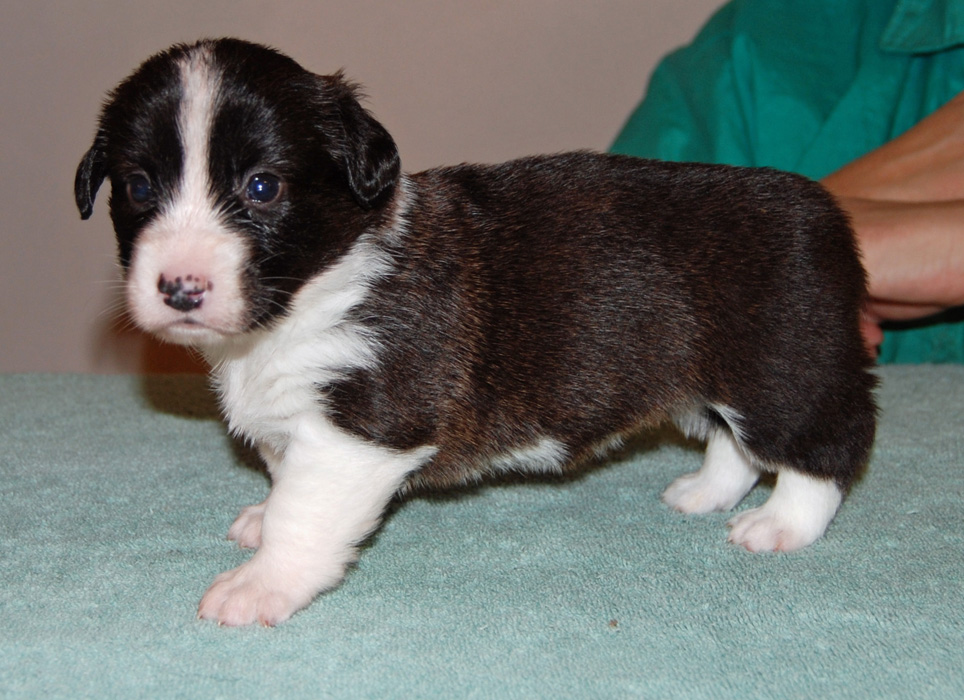 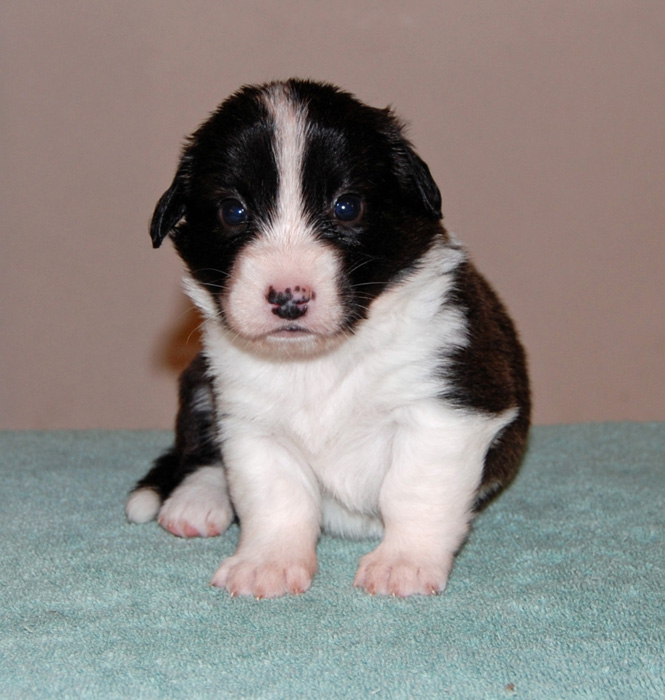 Heather is a little go-getter. She is the one who growls and bosses the other puppies around. Yes, already. Alpha bitch in the making? 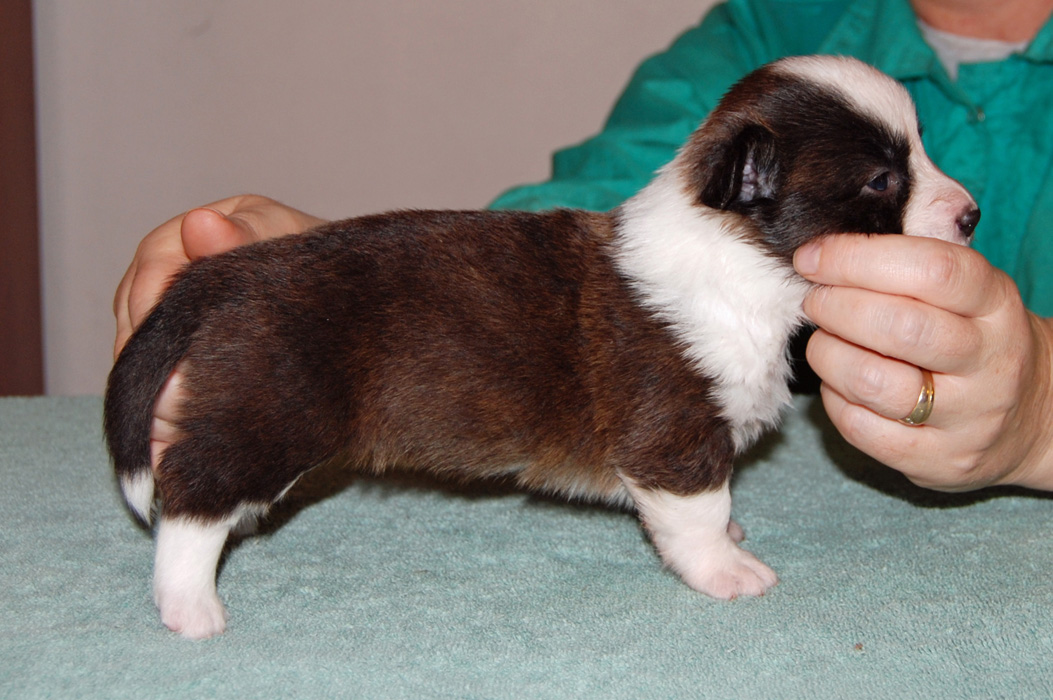 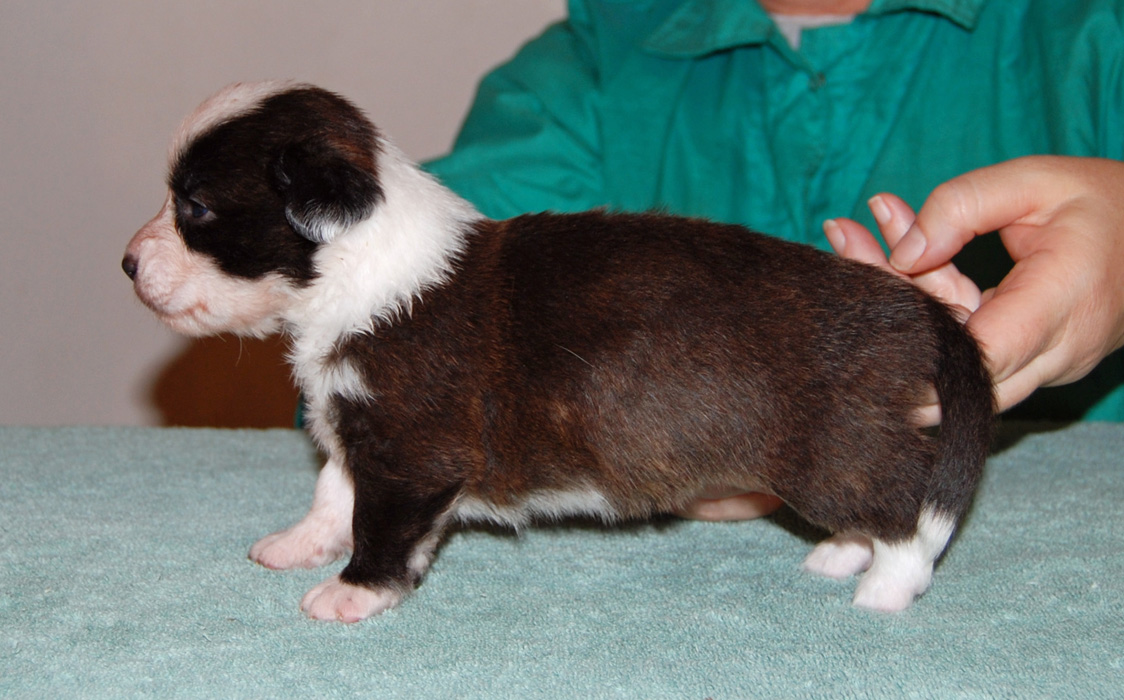 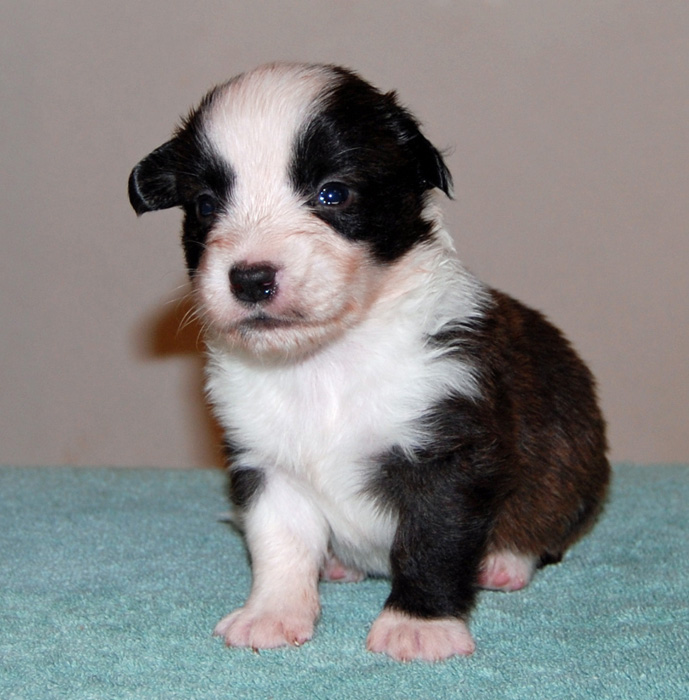 Ikey has come a long way in the last week. He is now roughly the same size as Jigger and Heather. 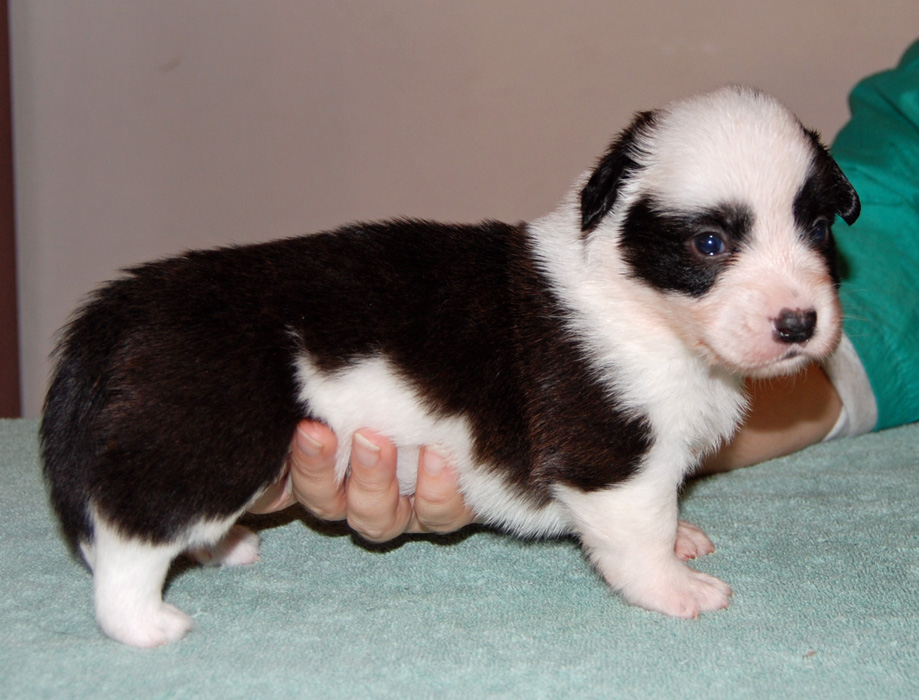 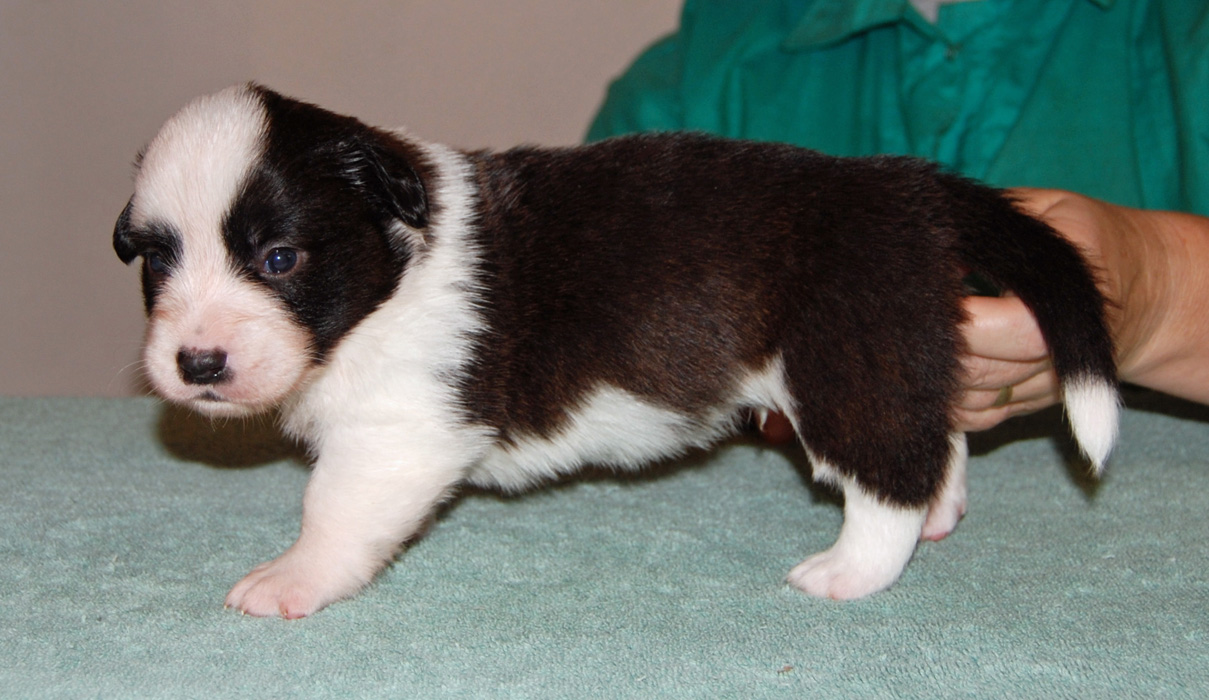 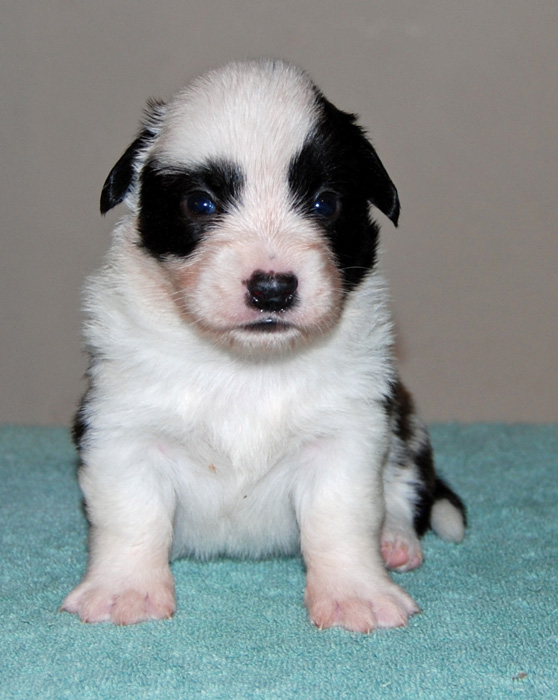 And Jiggers is still very photogenic. He is one pretty puppy.