I managed to not get lost quite so many times today. I’ll provide a few pictures of the outside of the convention center. 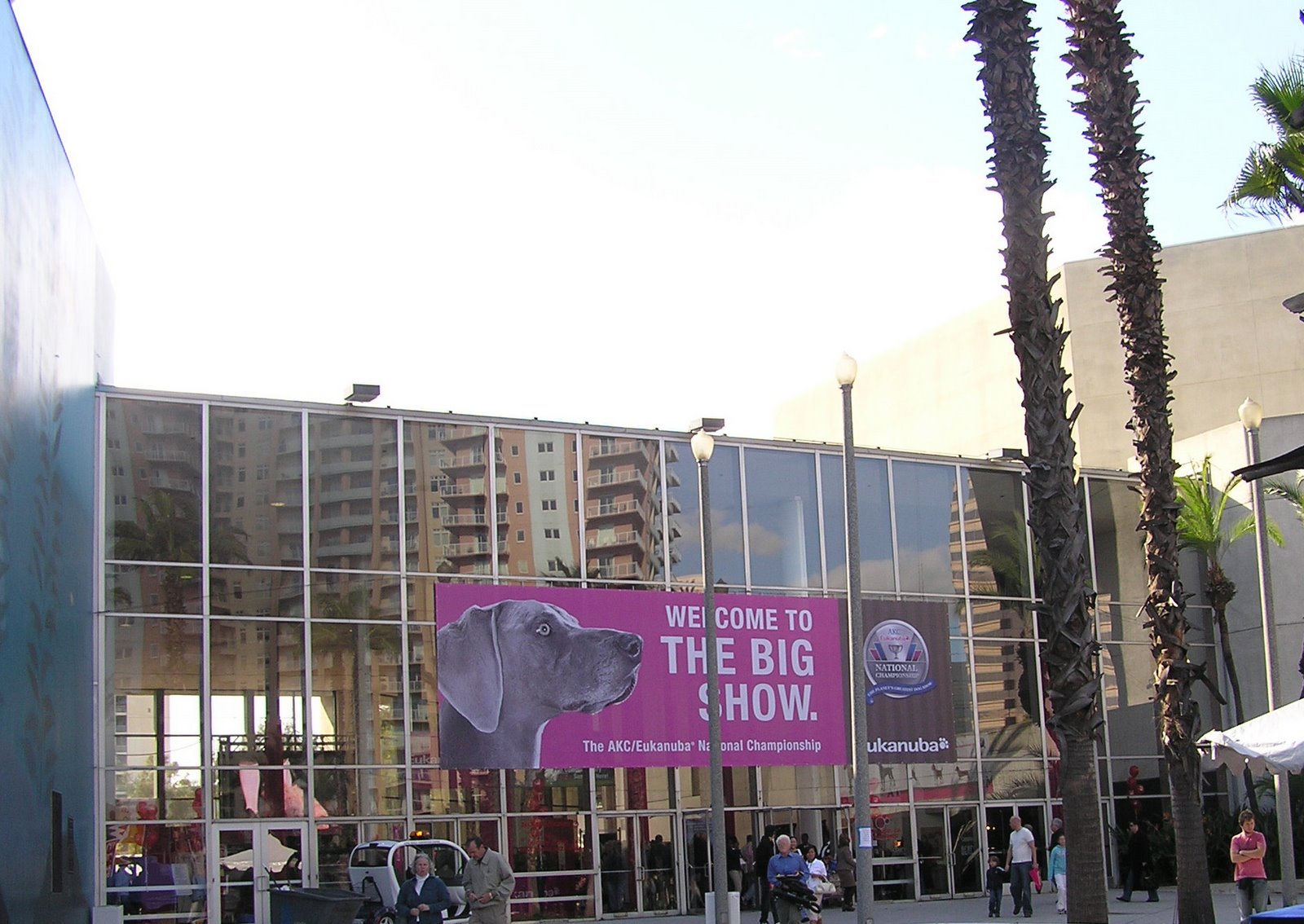 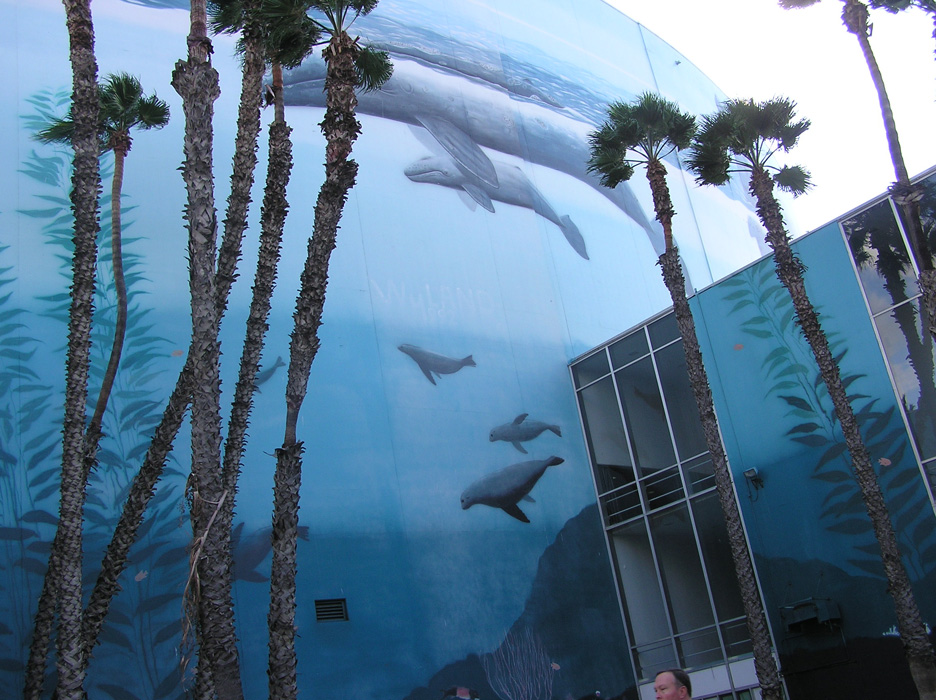 Then in the big blue whale portion of the building are the conformation and agility rings and grooming area. Of course the grooming was all confiscated by the handlers who have been here all week, so we will be grooming in the motel tomorrow morning. 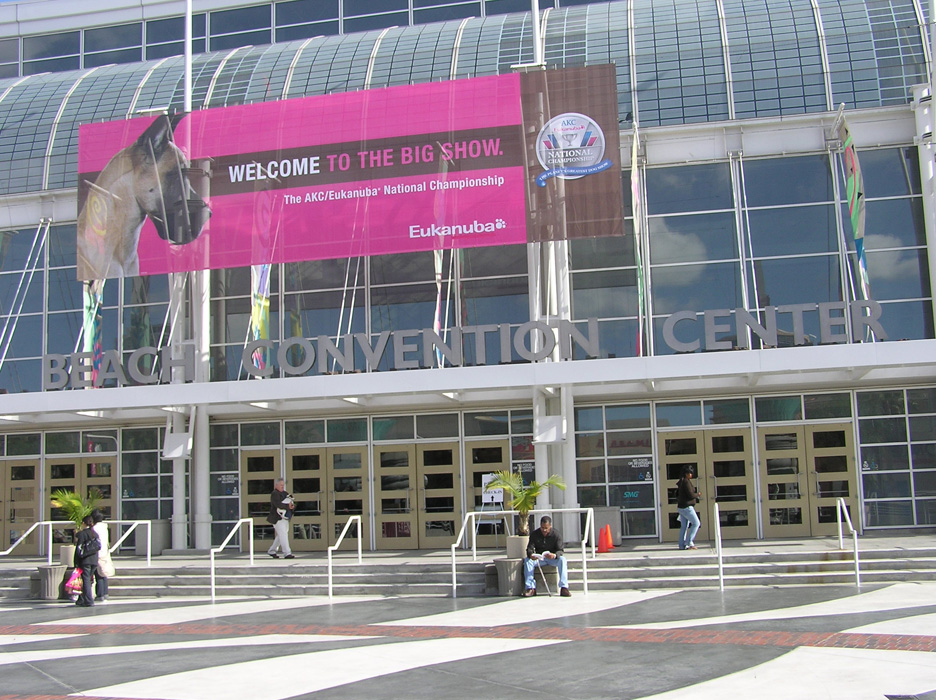 Entrance from the street, upper level. This is the level where the “Meet the Breeds” booths are. Obedience is on the third floor. 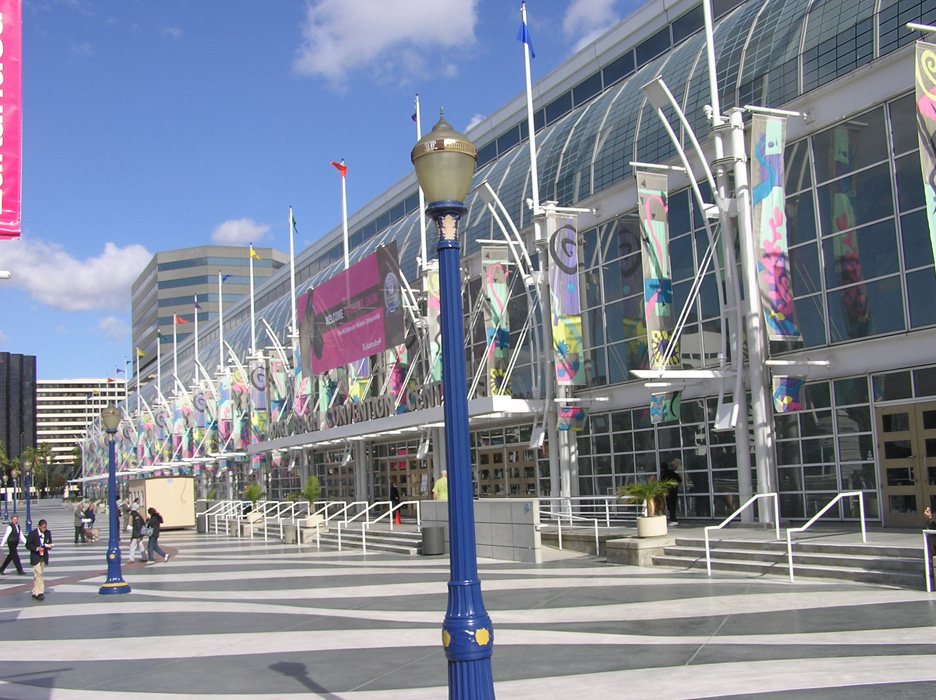 View of front from artificial turf dog potty area which was considerately put on the deck. 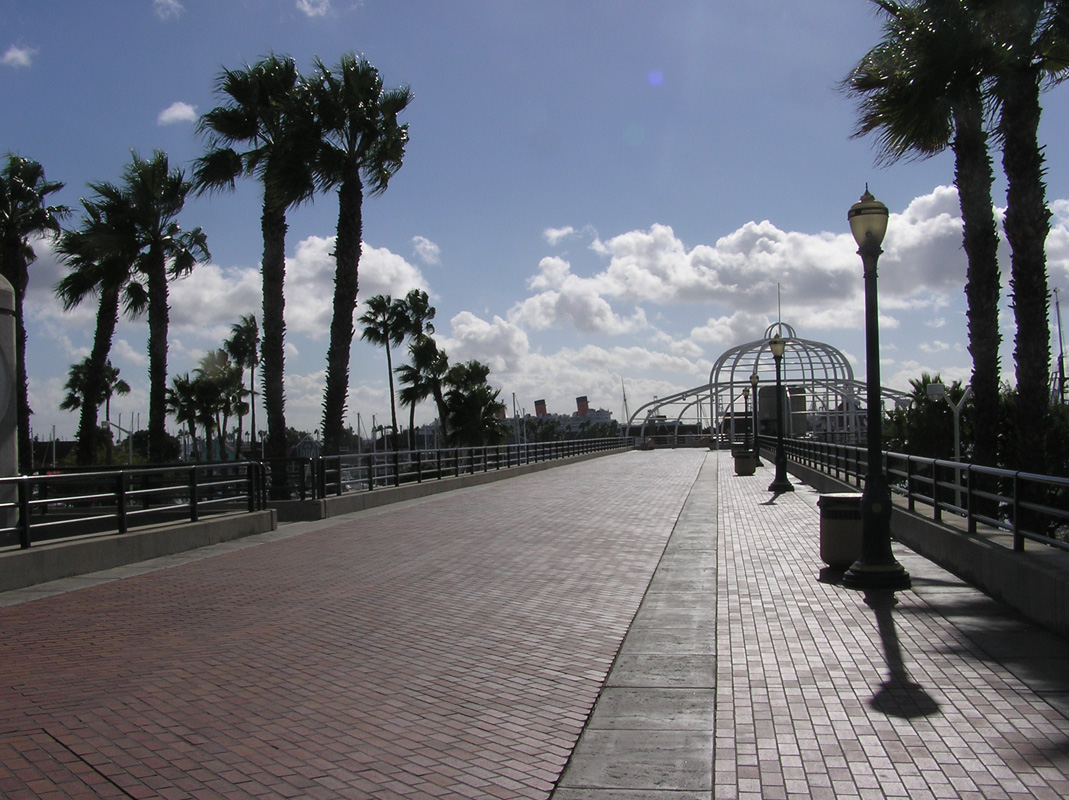 View toward the waterfront. It was a really pretty day today. Yesterday’s rain washed everything out nicely. 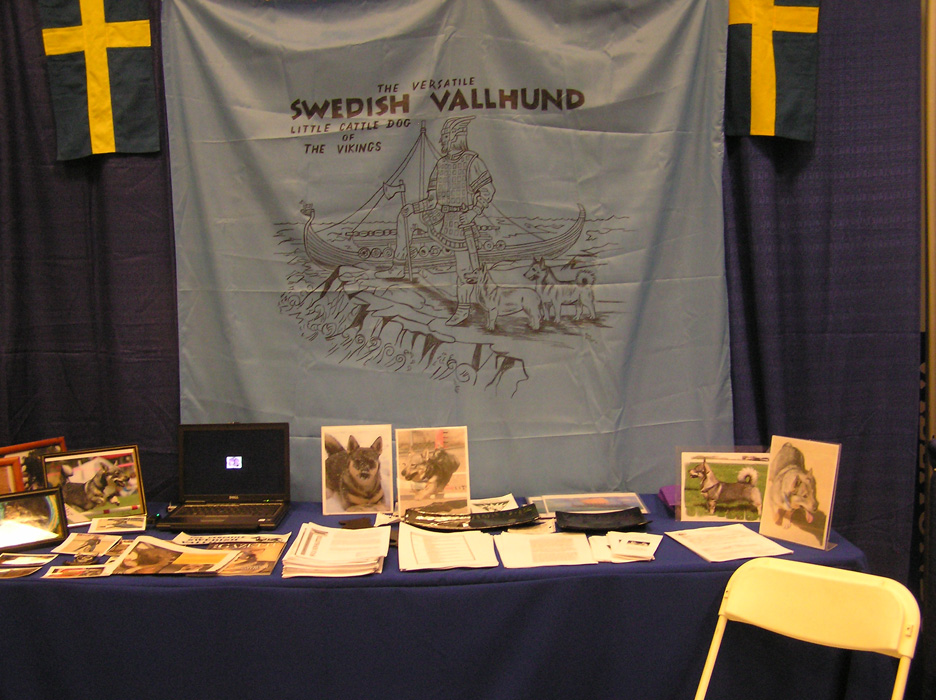 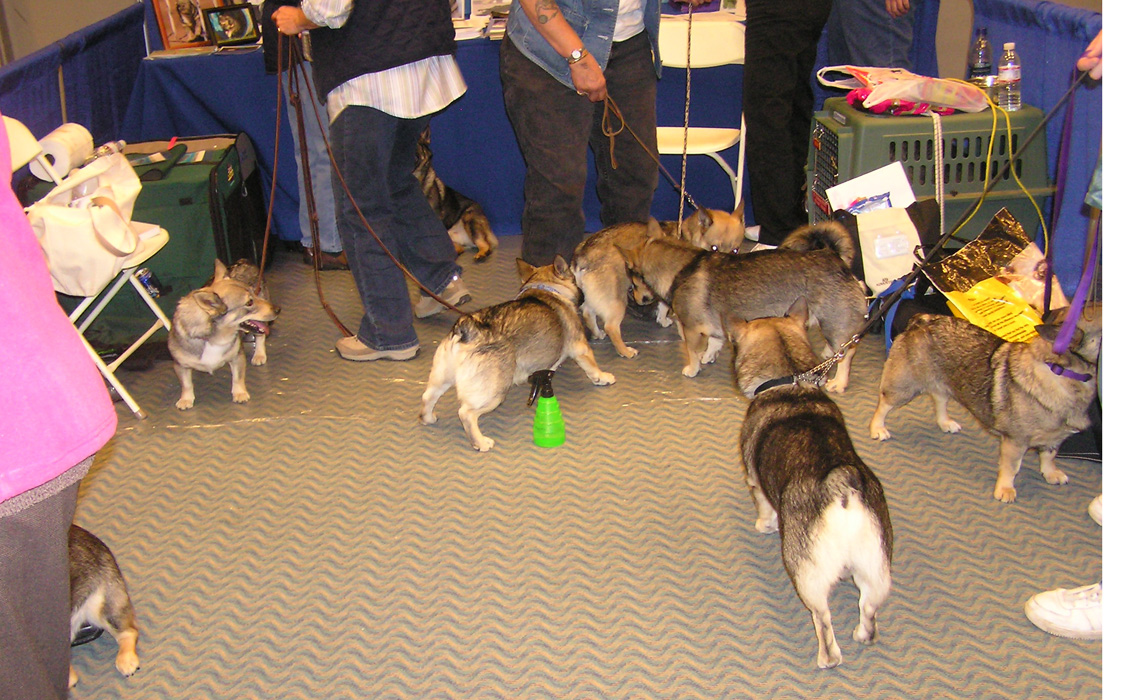 Where during some periods lots of Vallhunds were hanging out. 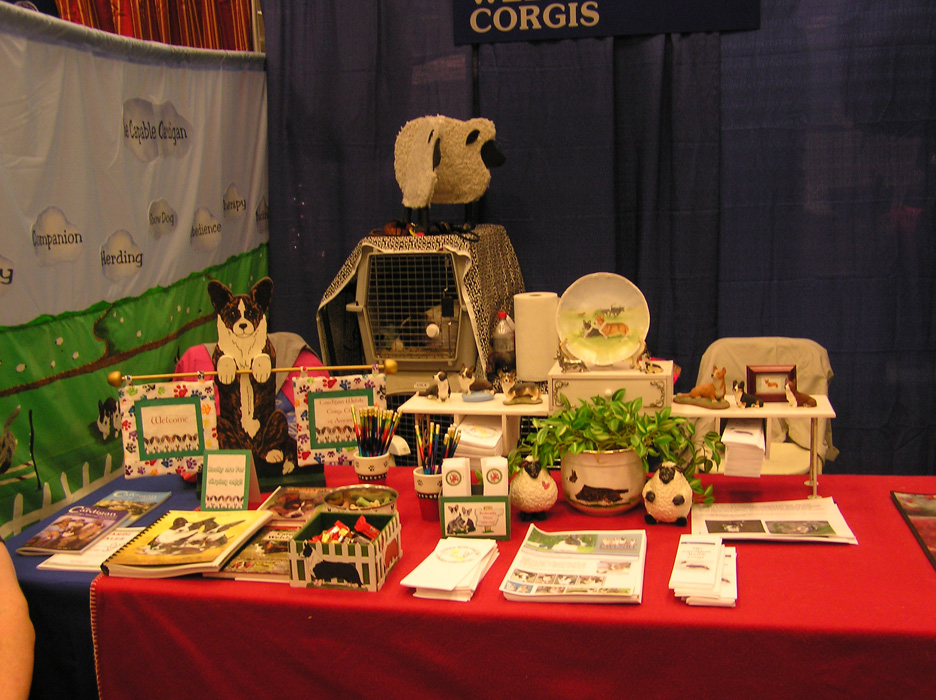 The Cardigan booth. I divided my time between the two, which really caught some people off guard. This was especially true in the last hour when Digger and I were hanging back at the (quieter, cooler) Vallhund booth. Most of the Valls left earlier than the 4 p.m. closing time. 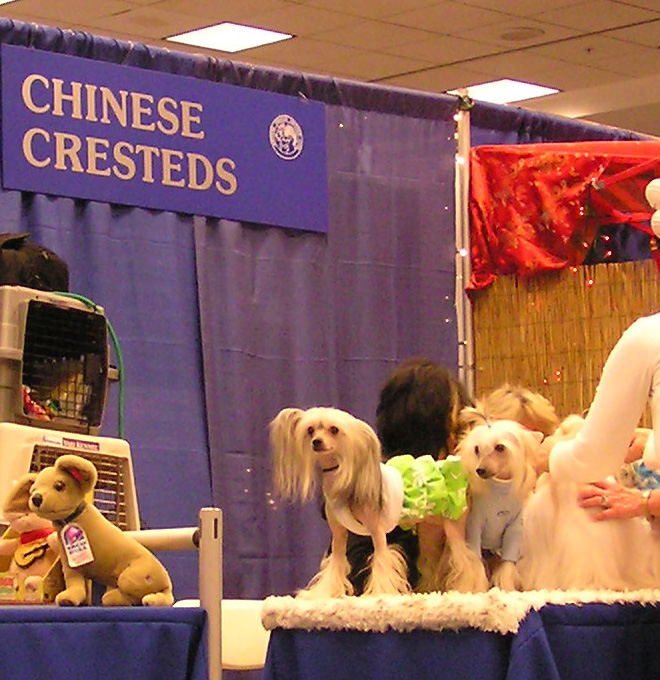 Some poor dogs had to wear clothes.

Our dogs were really beat by the end of the day. Digger was still taking in in stride, but Nikki was grouchy and wanted her binkie and a nap.

Best booth was the Cavaliers, right next door to the Cardigans. It is a sight to behold. I’ll try for some pictures tomorrow. My camera battery died today, but I found replacement batteries at Walmart.