There’s always a pay-back from taking time off at work: it’s all still waiting for you and people are circling your desk like sharks. And when you bring the crud back with you it’s even worse. This morning I finally have the time and energy to get a few things done. 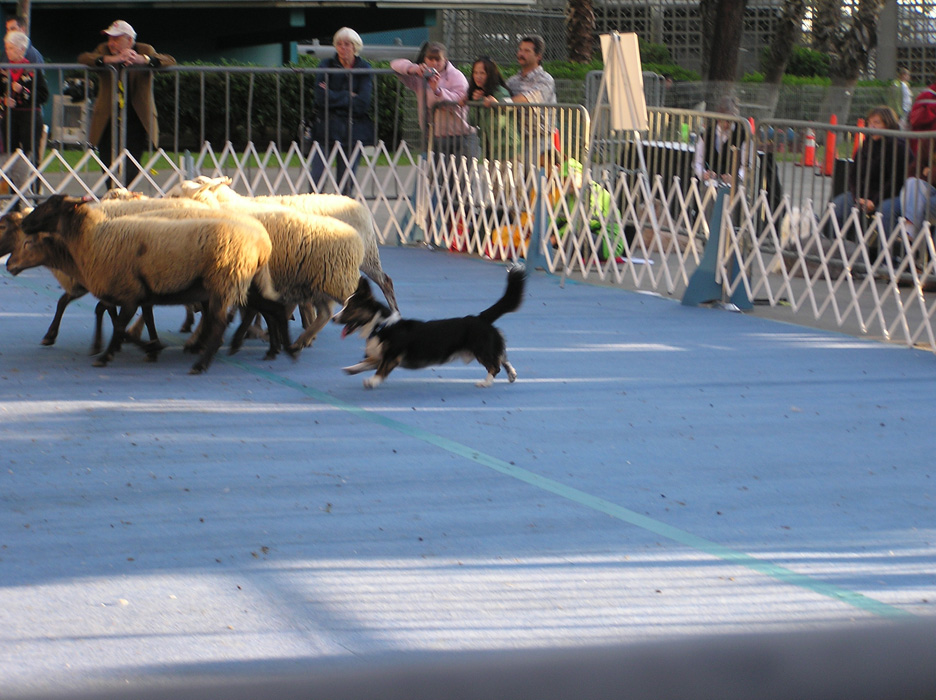 Sunday after BBE groups there were herding demos outside of the convention center. There was a young Cardigan who made the sheep say “WOLVES!” 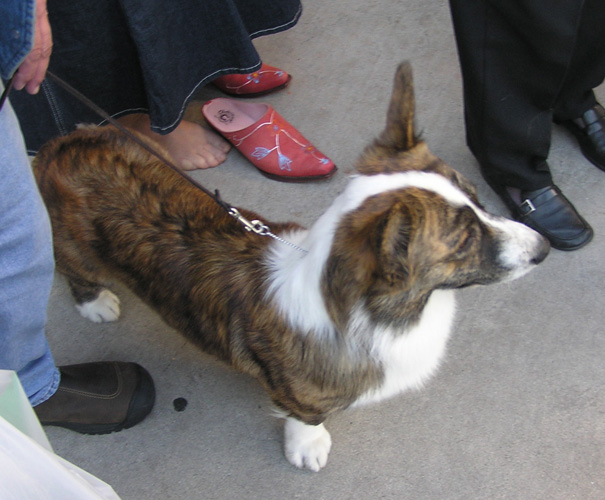 Digger watched intently, hoping for a chance at them himself.

And, from the evening group judging: 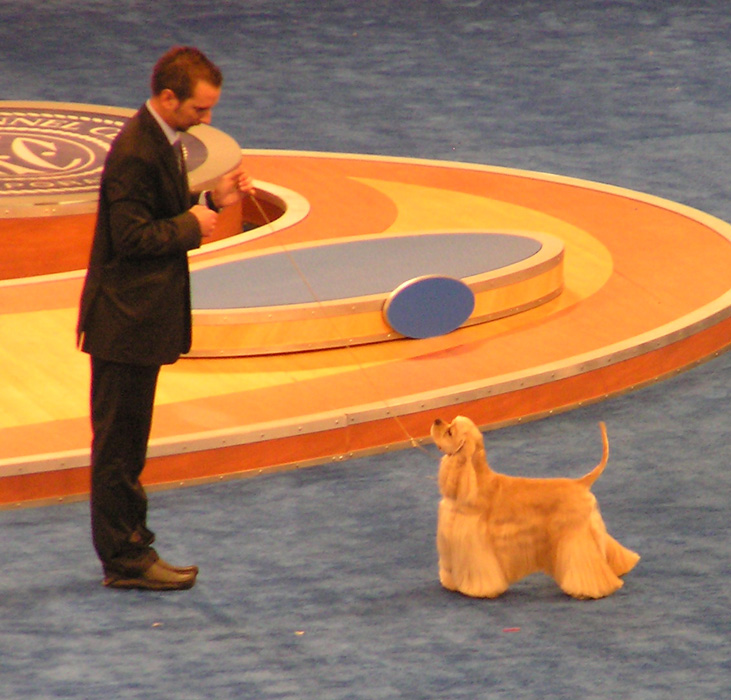 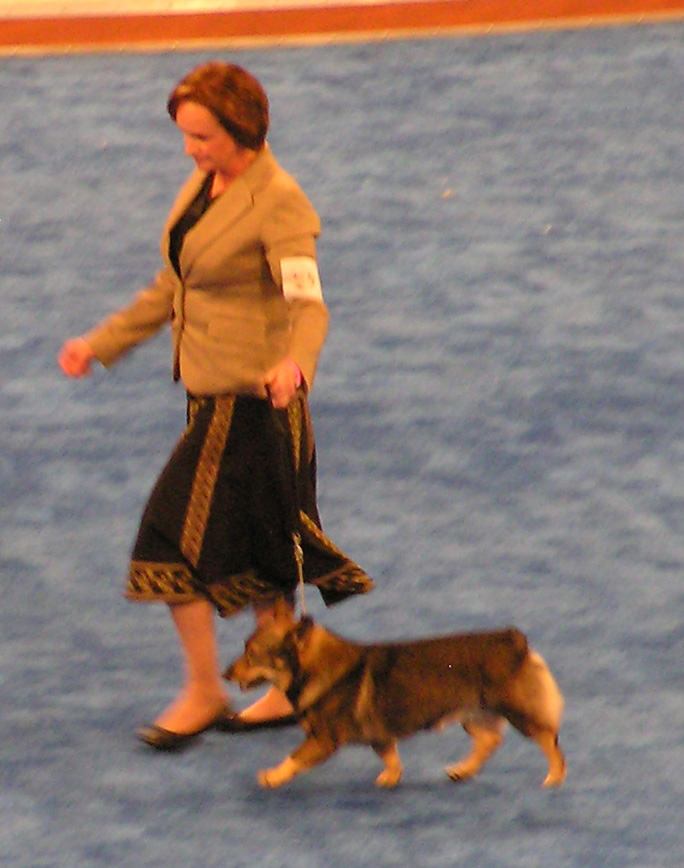 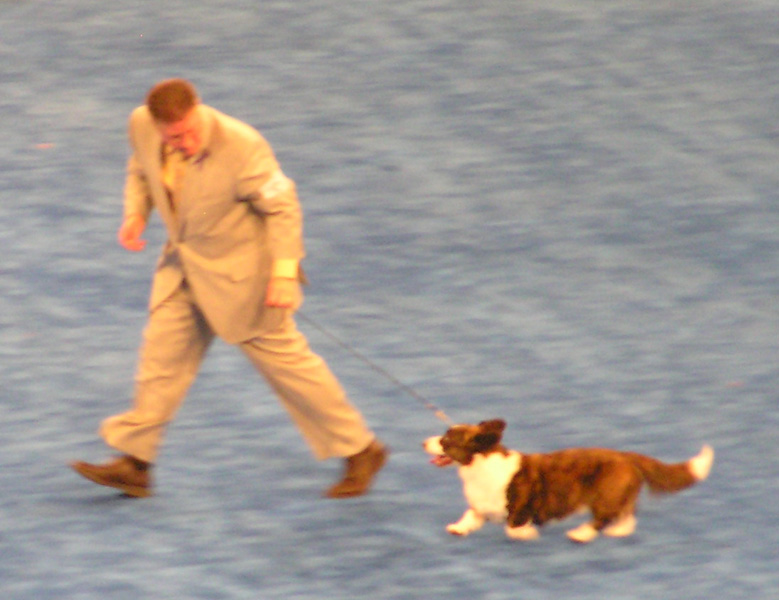 I finally watched the streaming video of Digger and me today. I guess it wasn’t too bad. During the breed judging he was a turd. I had been holding Nikki and Digger together outside of the ring. Cheri took Nikki to stand at ring 5 while we went in ring 6 and Digger had a hissy fit. He pulled the same whiny act that Hannah did at Richland when Wally and Henry walked away.

During BBE group, he did ok but was a little overwhelmed with the noise, clapping and cheering. He kept trying to go outside of the ring and sit in the laps of the spectators. That was the part Digger liked best about the weekend: all of the hugs and kisses he got from strangers. The “Meet the Breeds” part was his very favorite.

As we were walking the dogs around, people would stop us and tell me how beautiful Digger is – except for the one person who said “Your dog looks like a snake.” Then they would look at Nikki and/or Rikkii and say “What’s that?”

All-in-all it was a worthwhile experience, and I would plan to do it again. Digger gets another invitation next year and will be more mature. And among the things he won was a certificate entitling him to enter Crufts in either 2008 or 2009. Hmmm . . .