What started out to be a simple redecorating project ended up taking most all of the 10 days I had off from before Christmas through January 2nd. Jamie’s old bedroom is finally completely “mine” to serve as guest bedroom and dog office. New paint, new floor, new furniture, even new closet doors. 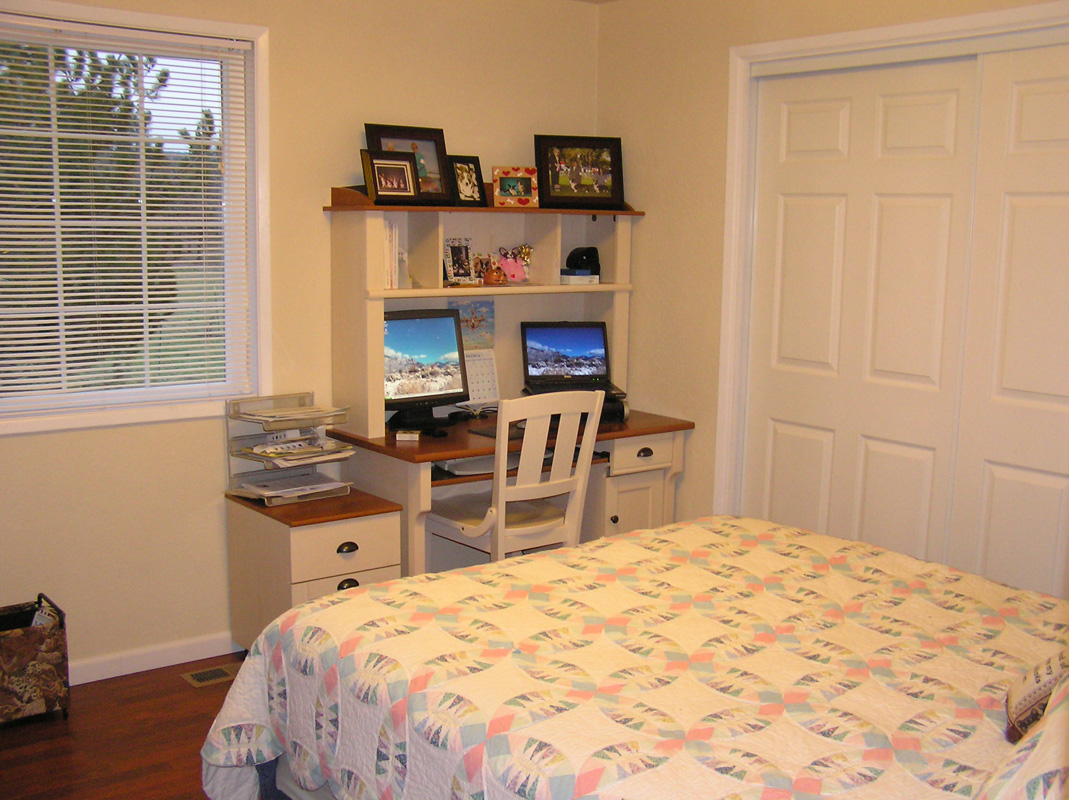 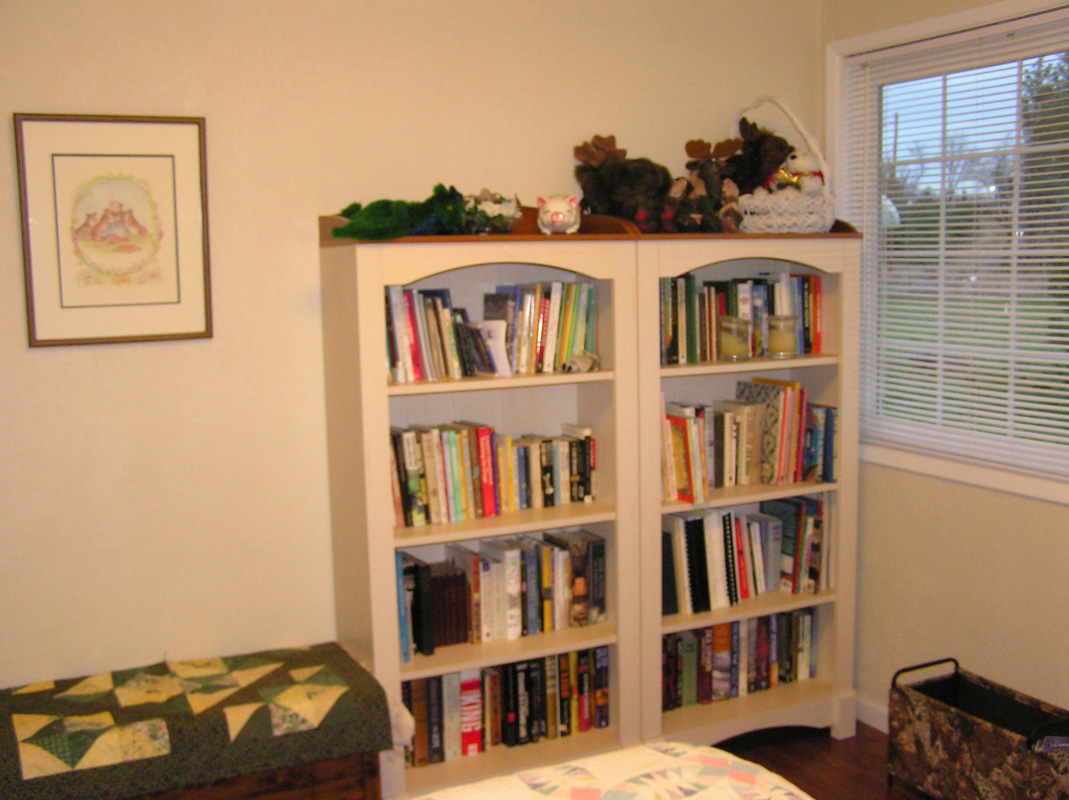 Now in the midst of all of this . . . after the flooring but before the office furniture, trim, and doors Tom was out in the garage, I was working on puppy books in the office. I hear the garage door close, then tromp, tromp, tromp down the hall. Then a calm voice behind me announces “I just cut myself badly with my saw.”

I inspected the wound, which was a 3 inch gash on left arm of accident-prone person. Cool, you can see all of the layers of skin and fat. “No dear, you cannot just tape this up. You need stitches.”

This incident happens at about 11:30 with Jennifer and her husband already two hours into their trip here to pick up Eagle-Flash. I call Jennifer’s cell phone and give her the gate combination just in case we aren’t back by the time we get home and we head to town. Now the first lucky part of the day comes. Tom has the thought that we should swing by Central Point Medical Group instead of just going to the ER in case they have someone working until noon. Which they do! We are in-and-out in about an hour total instead of having a 4-hour wait to be seen in the ER.

The upsetting thing for me, and most likely for both of us, is how badly Tom could have cut himself rather than what he did. The gash is a few inches above the wrist (you did this how?). I have nightmares that he could have lost his hand (!) 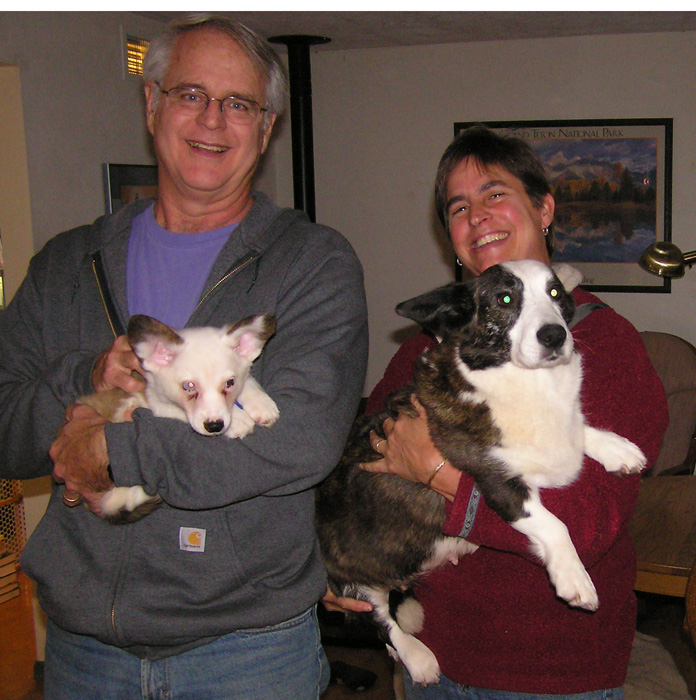 Jennifer arrived, Alice was glad to see her, and Eagle became Flash and left for his new home. And on the way back to California they had to stop for a flat tire. Some days are just like that.

Then on Sunday, Ace left to start his new life in Seattle with Jane and Rob Kiker and children Leigh and Will. He will be formally known as “C-Myste Baledwr Civil Liberties” and still called “Ace” short for “ACLU”. I love it. 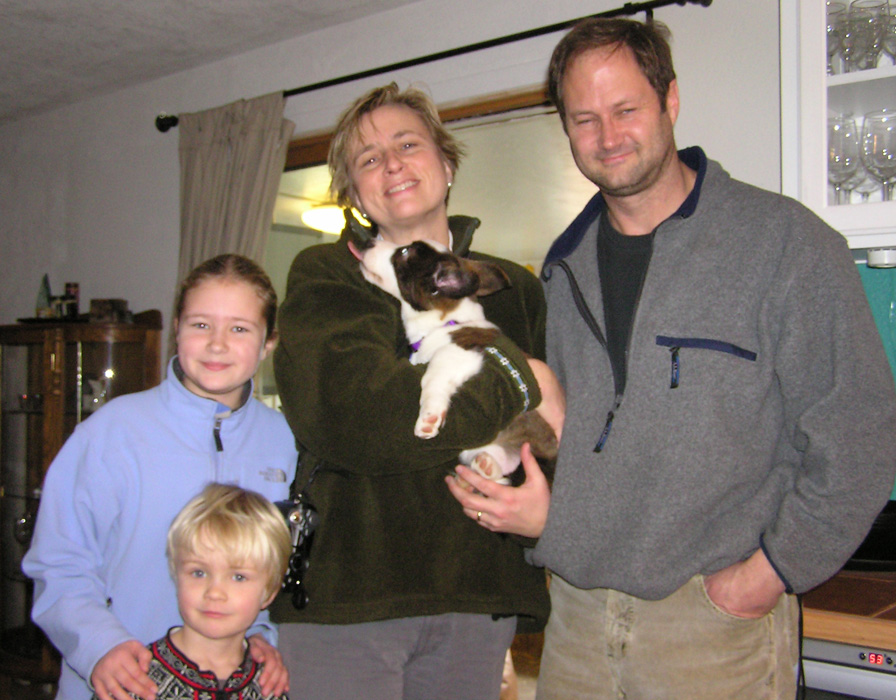 To round out the weekend, if Wednesday can be considered part of the weekend, the back window of the truck canopy was shattered yesterday when a new garbage can somehow wedged itself against it on the way home from the recycling center.

Back to work today, for a single day this week. Penni flies in late tonight for her weekend visit.