Puppies at the show

I took three puppies to the show last weekend and came home with just one.

The first to leave was Libby, who flew to Shelley a week ago today. Air Canada took good care of her and got her to Toronto in the wee hours Saturday morning but I was not pleased with the level of service provided in checking her in. United handles the cargo for Air Canada, but it was not the fault of the guys at that counter. They had to wait for an official fax from Air Canada with the rate and whatever approval was needed. Libby’s flight was at 1 p.m.; I got to United in plenty of time, at 10:20 a.m. Libby and I then waited at the counter until 11:50 a.m. Once the fax came (after a third phone call from the United agent) it only took 5 minutes to finish the paperwork.

Vallhunds showed at 12:30. I got back to the expo at 12:15 then had to walk in from the far reaches. I got to ringside (where thankfully Nikki was groomed and waiting for me) with not much time to spare. 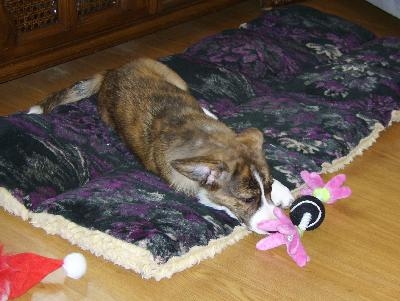 Libby with her new toys. 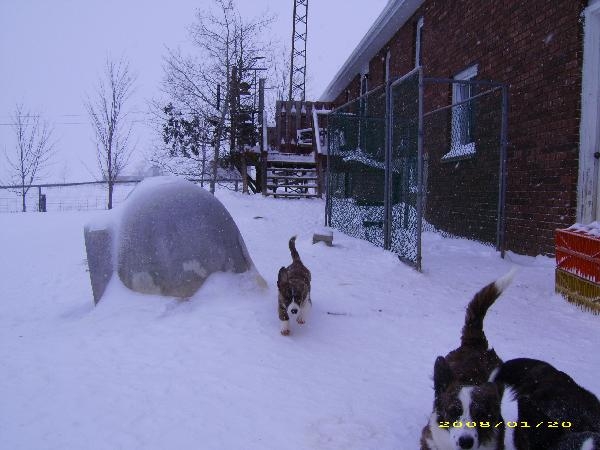 and learning about living in the frozen north.

Now it is time to concentrate on training Molly and the boy puppy FKA Jiggers. 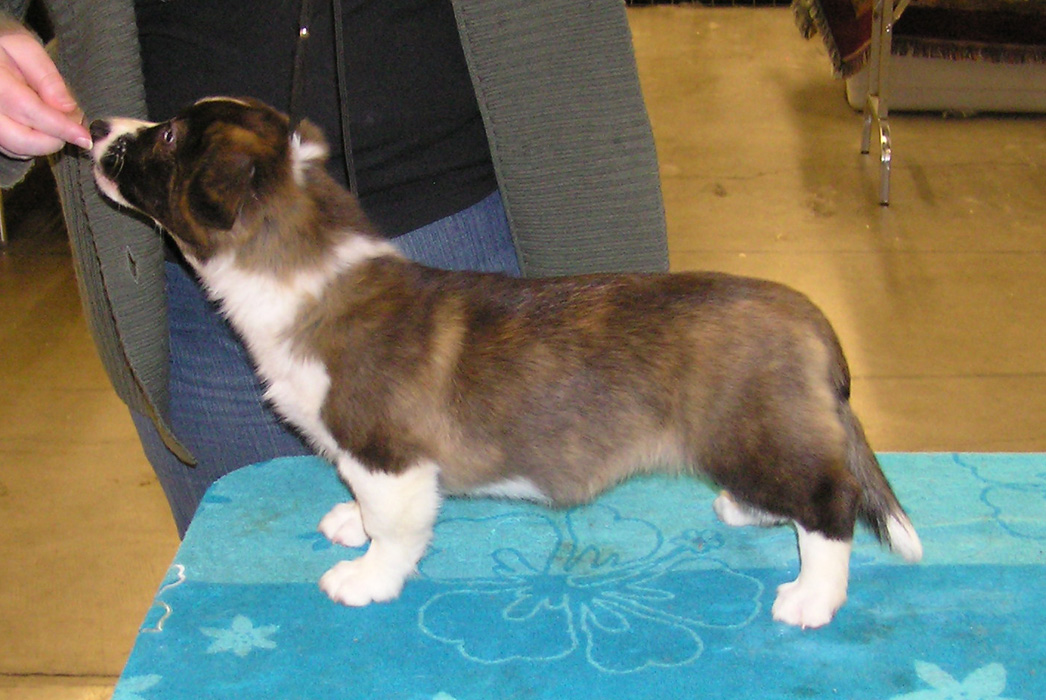 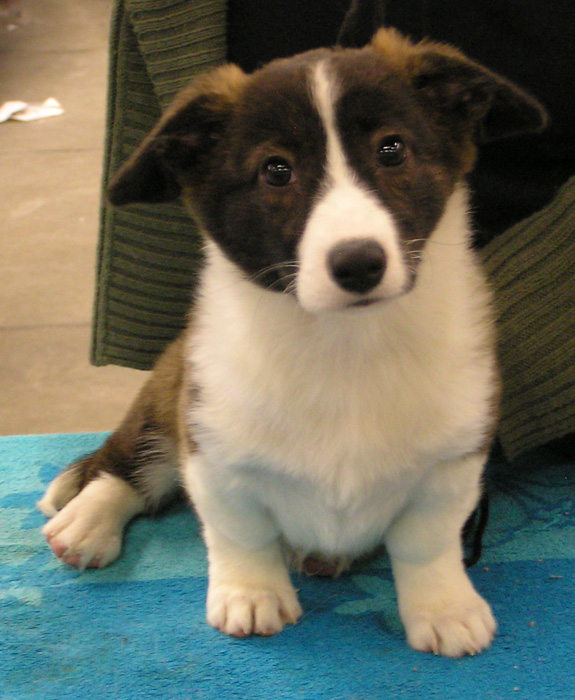 Now home, her ears are back in a beautiful princess crown. I’ll take them down tomorrow and see how they fare.

Sometimes puppies choose their own names. Jiggers is now “Pilot”. Why? Because he wanted to fly. 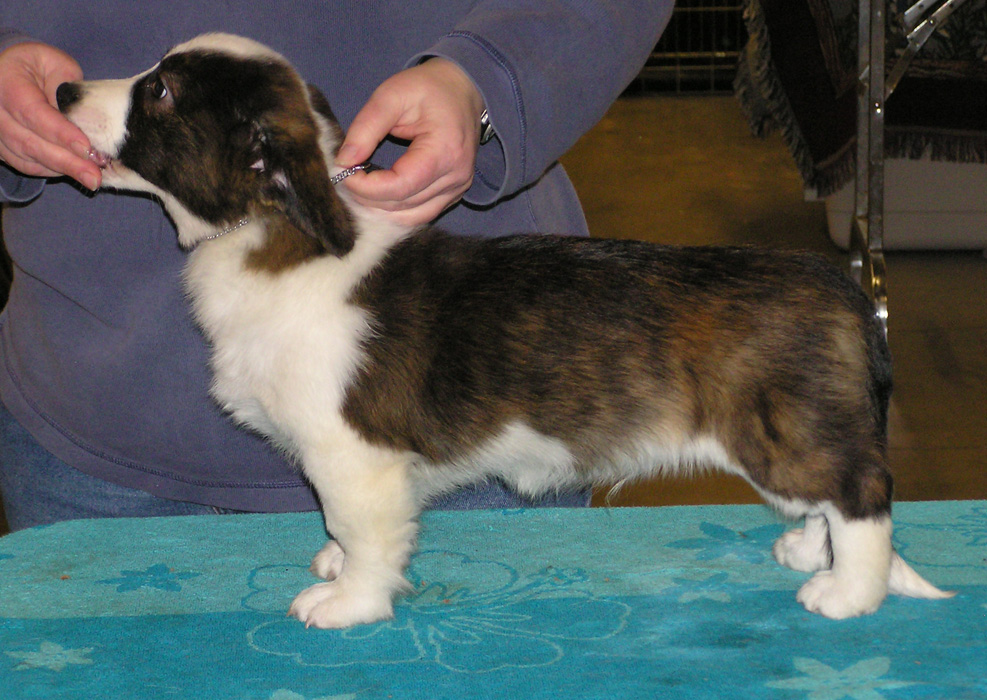 Yes, we broke our puppy. I didn’t see exactly what happened, but the report was that he tried to jump from one grooming table to another, missed, and crashed to the floor. This was a very traumatic event for both puppy and bystanders. 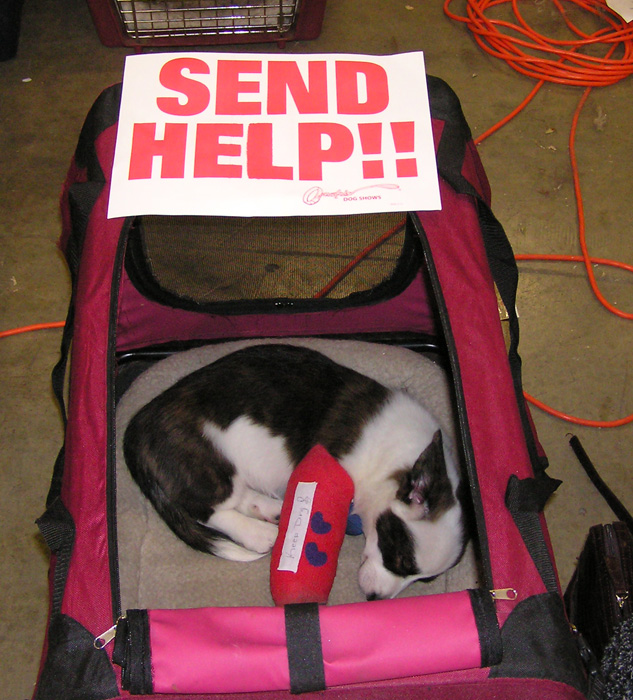 The show vet bandaged up the leg (for a good price) and sent us on to an emergency vet clinic a few miles away. While back at the show I was in the group ring with Nikki, Pilot was having radiographs done of his poor little leg. The pictures didn’t show a break and we thought that we were home free. 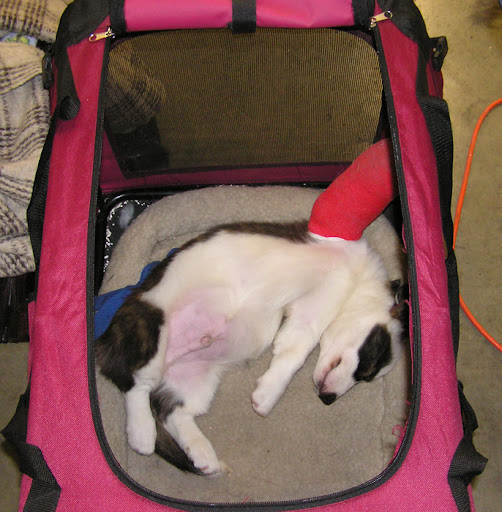 But just to be safe, Pilot went home with Denise so that he could be checked out at WSU on Tuesday. And it was a good thing that he did. His elbow was broken and now has screws holding it together. Here’s a web page showing the type of break with some pictures.

Pilot is now home with Mandy for healing and rehabilitation. We are hopeful that the quick treatment and proximity to WSU in case there are problems will aid in a full recovery and that he can soon resume his show training.