Rikkii is a champion. He needed one point to finish, and earned it the first day of the show. Then starting his career as a special, he went on to beat his mother for Best of Breed on Saturday and on Monday. Nikki won Friday and Sunday and was Best Opposite to Rikkii the other days, so they each start out 2008 with 7 breed points. 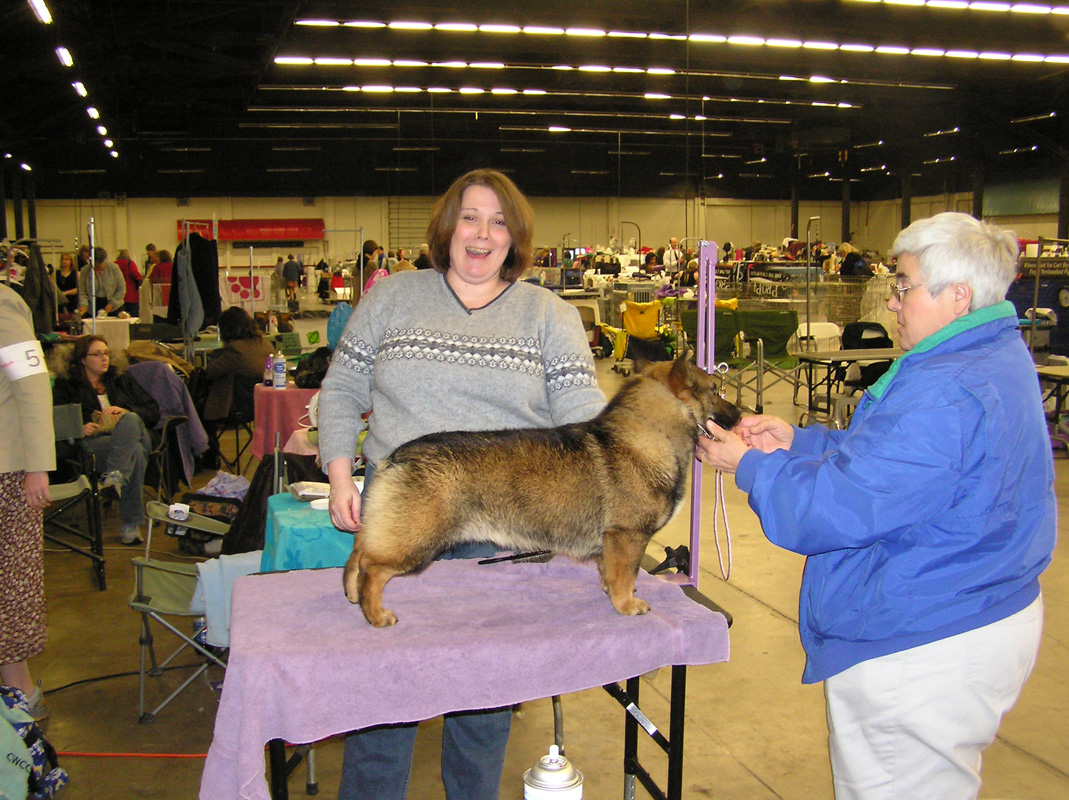 Barb and Mandy getting Rikkii ready for group on Saturday.
Megan handled Rikkii for us Friday through Sunday and did a great job. And wow, what a night to pick for her first-time-ever-in-group. Yes, Megan and Rikkii will be seen on Animal Planet. I believe that it is usually aired in April. 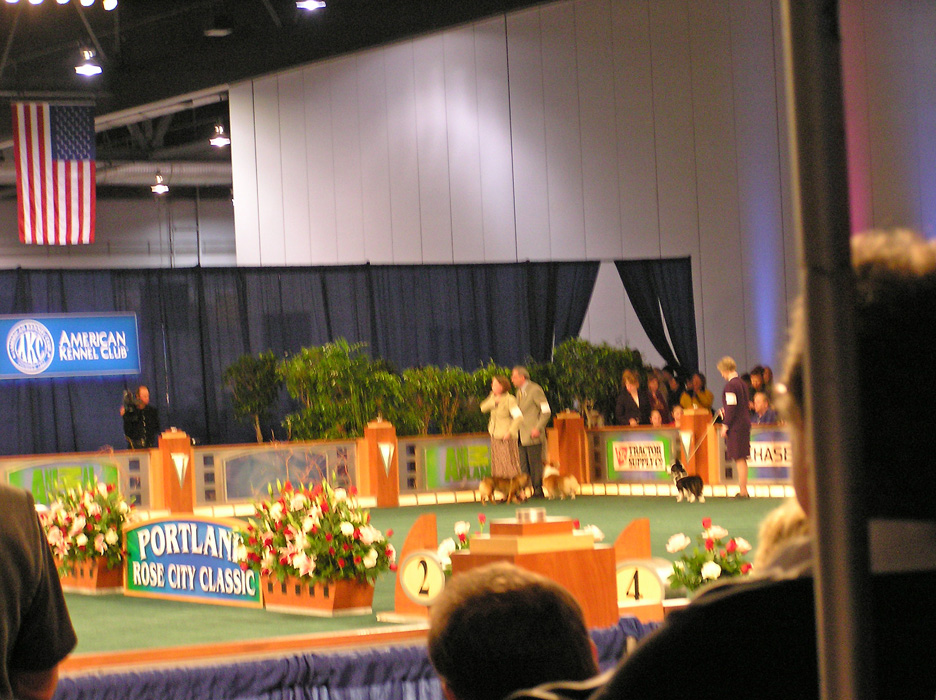 The pictures are a little fuzzy due to the distance and darkness, but they should give you an idea. The bleachers were completely full but we found a corner to stand in behind some wheelchairs. 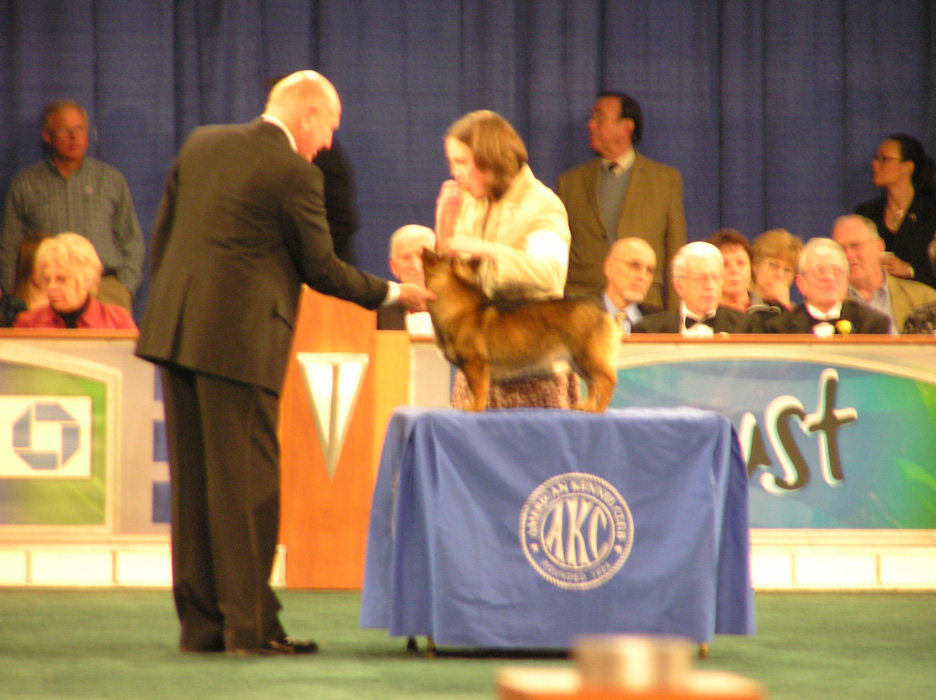 I think the boy is going to make a true special. 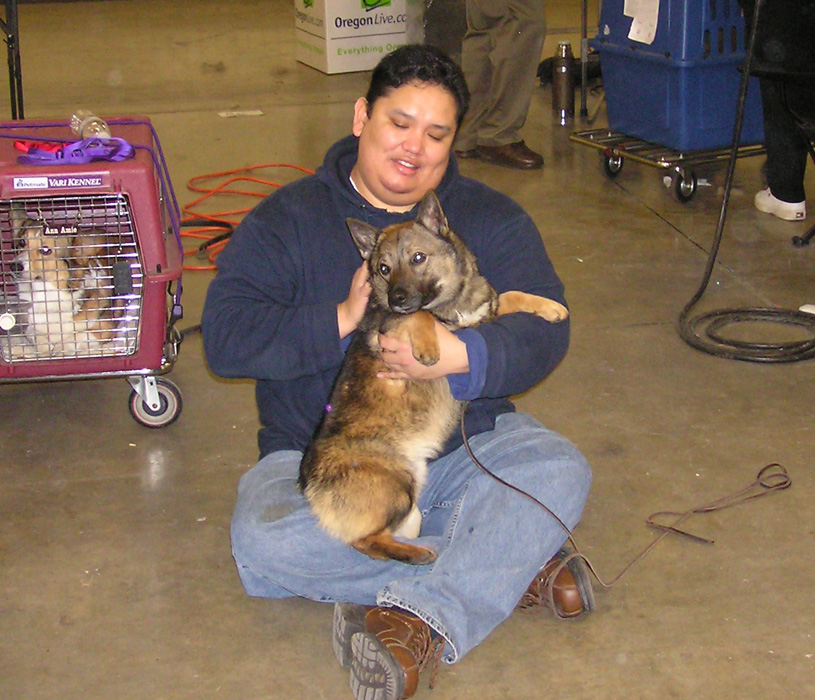 Henry showed Rikkii to BOB on Monday. I took him in group as Henry also won breed with Wally. Above is Henry communing with Rikkii before ring time.

And OMG! the mobs of people that we had to fend off from the publicity in the Oregonian.

Of course many people asked what they were like to live with. Mandy described their personality as “corgi on steriods.” I had to chuckle later as I was walking down an aisle between rings and I caught “corgi on steroids” as I pushed through the crowd.

According to the Canine Chronicle, Nikki ended up as #4 Vallhund for 2007. I’ll be updating their regular web pages soon.