Walla Walla is actually quite pretty when there’s no tornado at the dog show. Yes, the first and only other time I had been to this show there was a tornado. This year it was sunburn weather. We were glad that Henry was able to bring the canopy to groom under on Sunday. 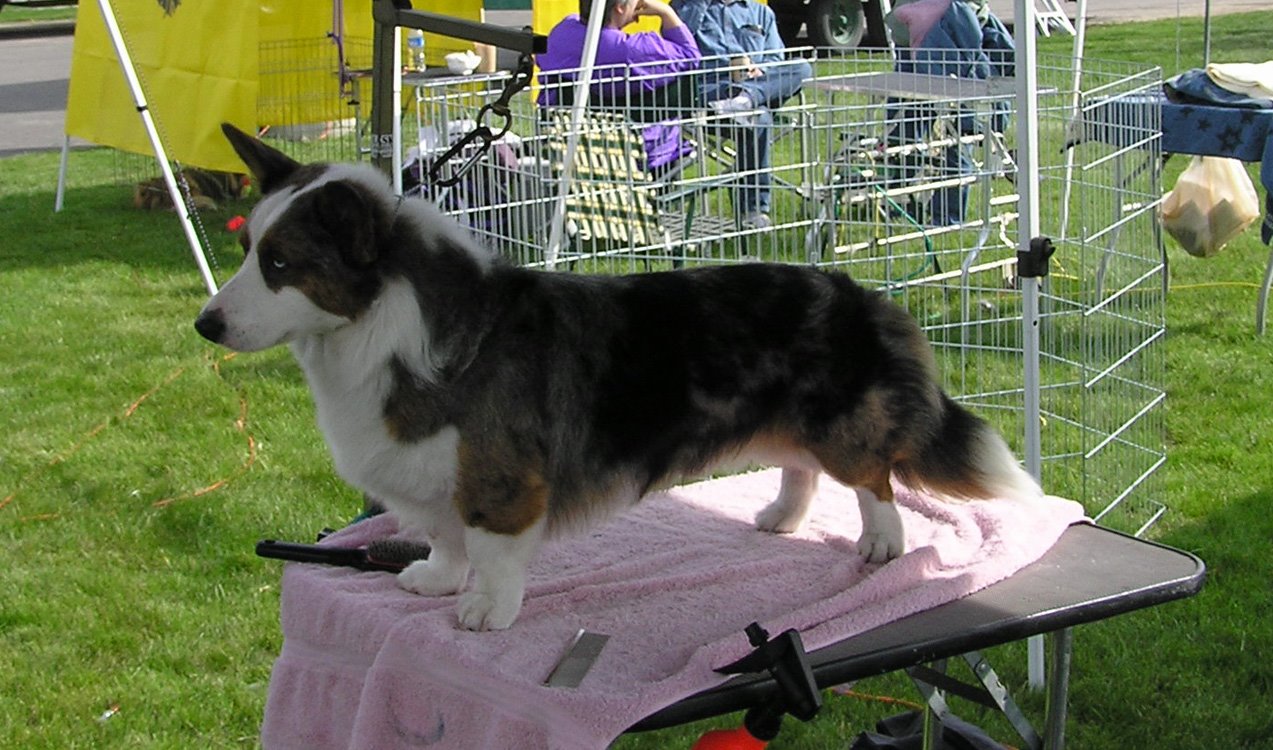 Here’s Wally getting ready for the show. He was Best of Breed on Saturday when Mandy had to show him. Sunday nothing, but I don’t think anybody was disappointed about not staying for group. 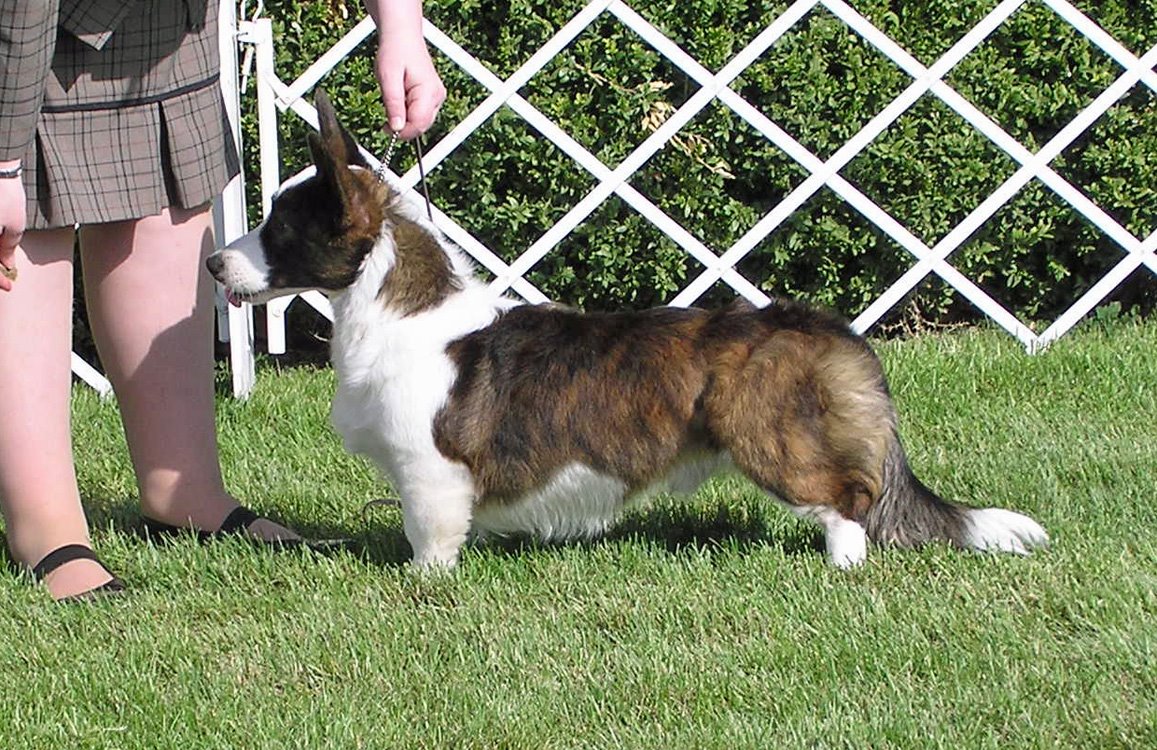 Pilot is growing up. Here he is at 6 months, 1 week, 2 days old. He was best Bred-by exhibitor Cardigan both days over 4 bitches, and Group IV bred-by on Saturday with 8 breeds showing. Mandy and Henry elected not to stay for bred-by groups on Sunday since Wally didn’t win and I don’t blame them. 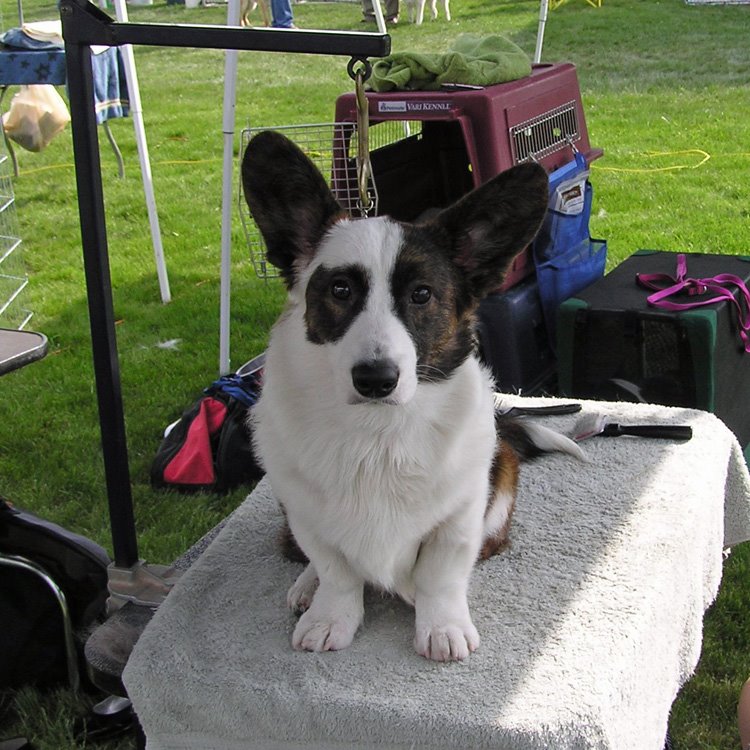 Pilot getting ready. He may eventually learn that he can’t fly using the table as a launching pad. Pilot earned his first point the weekend before in Lewiston and his win picture will be posted soon. 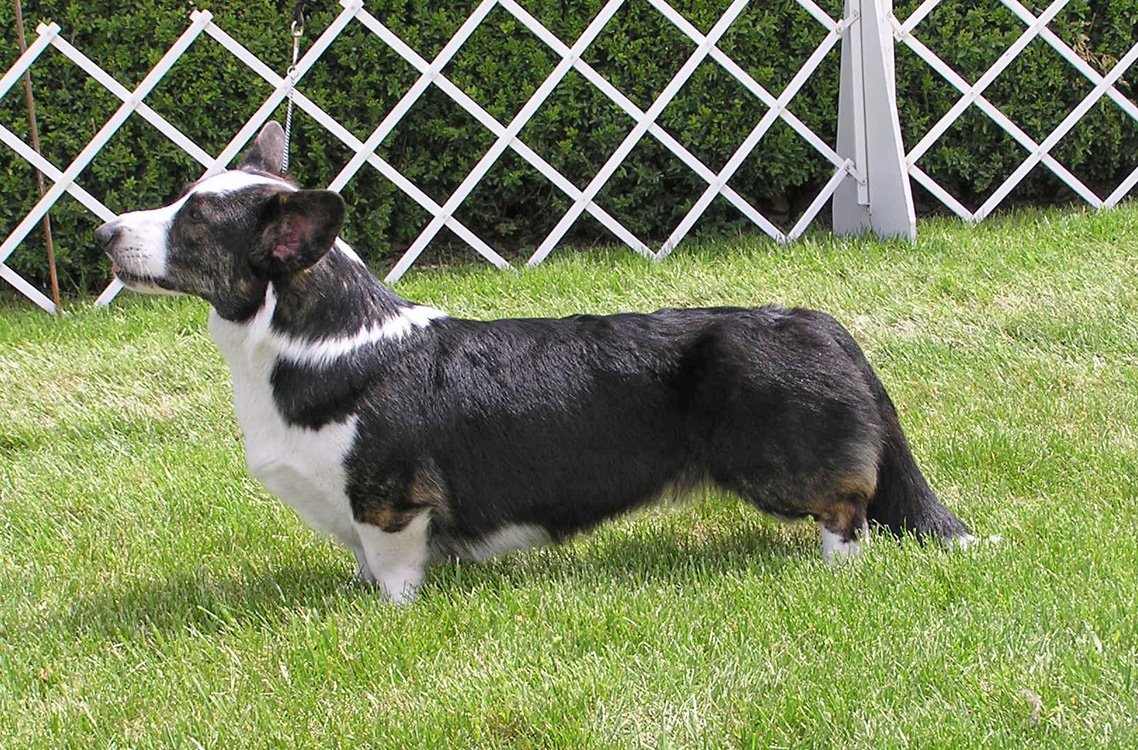 Big sister Hannah was Winners Bitch both days and also Best of Opposite Sex on Sunday to earn three points total. That brings her up to 12 points with both majors: just 3 to go. She came home with me for the Southern Oregon shows which are coming up and our fingers are crossed. 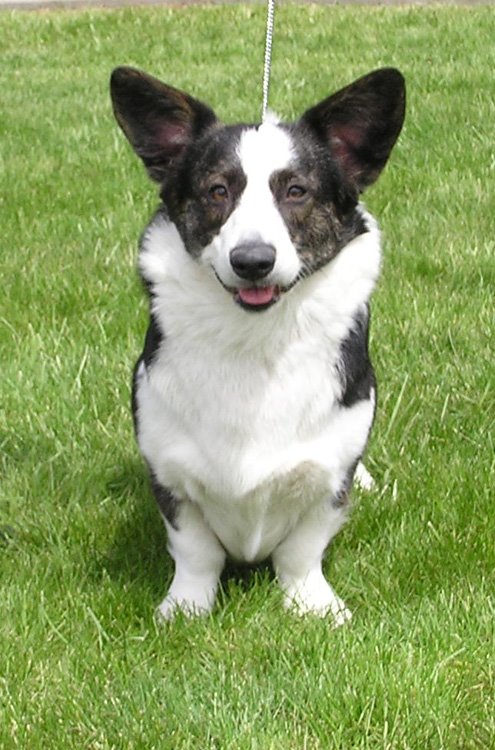 Hannah is having a delightful time visiting with her brother Digger, baby sister Molly, and the rest. She learned the dog door in nothing flat. It’s so nice to have a big group which all gets along. As long as the old crotchety one lives back in the bedroom, that is.