For a dozen or so years now, the Rogue Valley Kennel Club show has been held at Indian Mary Park out of Merlin. The park lies on the Rogue River near the start of the now infamous Bear Camp Road, the road not to take to the coast after the snows start. 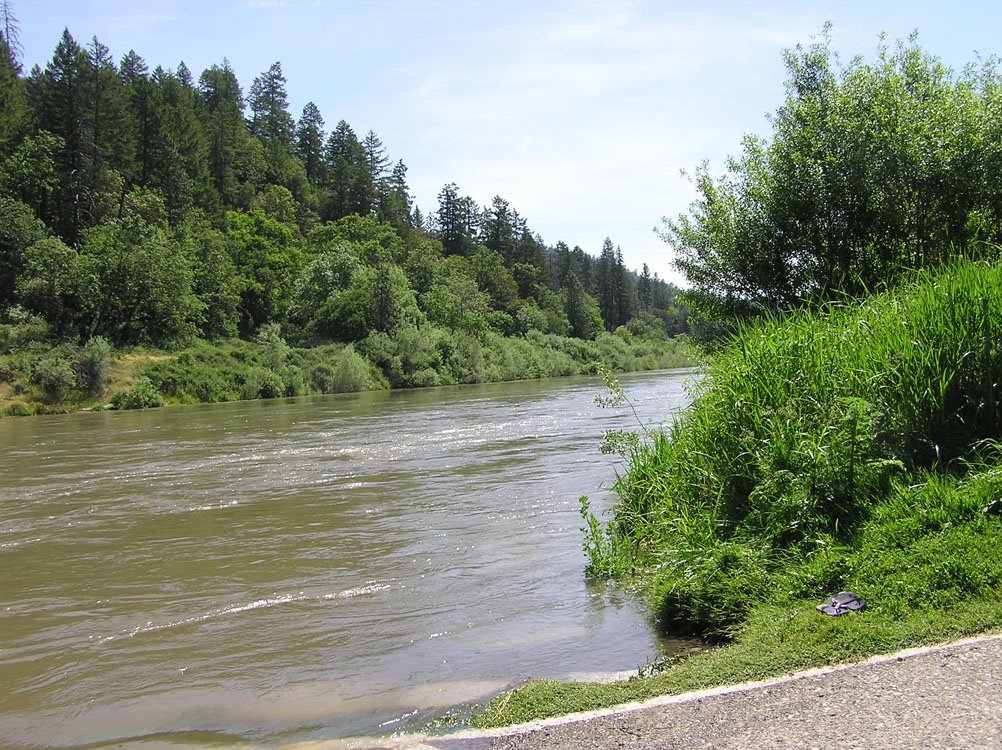 The river is swift and brown right now as spring run-off is in full force. 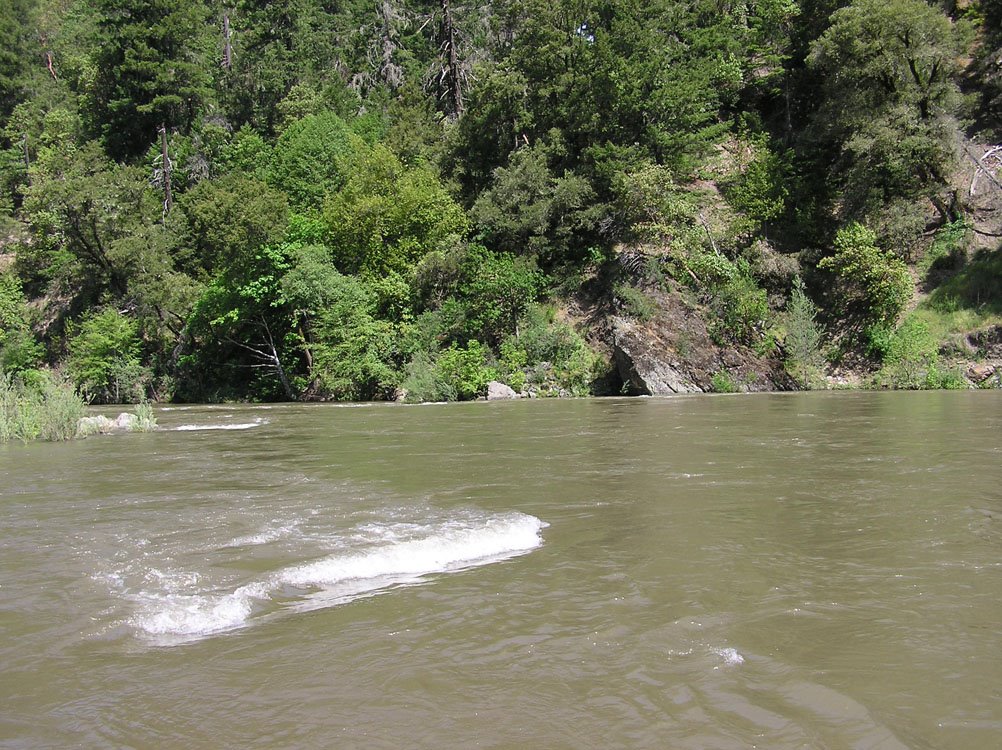 But oh, how I wanted to wade in it with my water-dog Digger. It was almost unbearably hot this weekend. The high Saturday was 102, and it was around 95 on Sunday. Frankly, I couldn’t feel much difference. Sunday afternoon was so miserable in the group ring that the judge had everyone stand outside under the trees and then come in the ring one-by-one for exam. It was worse in the ring under the canopies than outside: the canopies just trapped the heat. 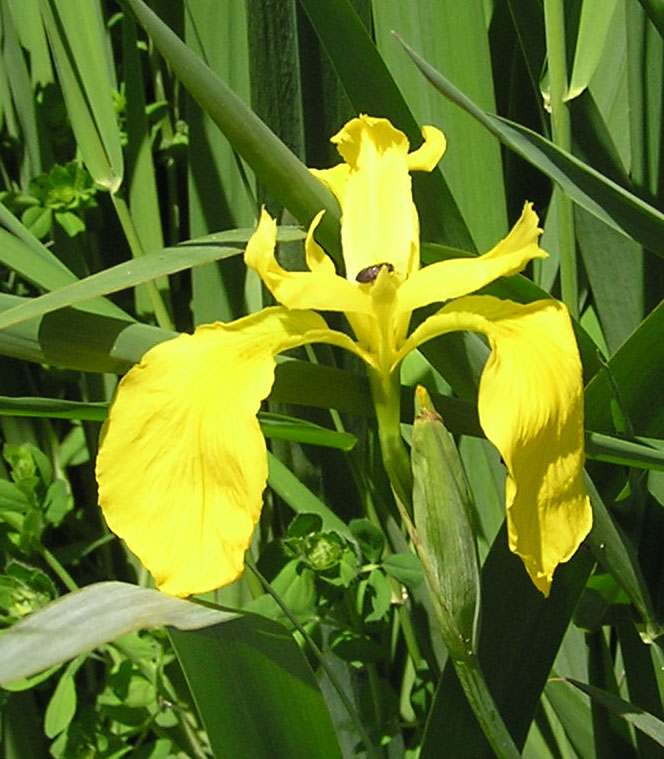 In spite of the heat, it’s still spring. Wild yellow iris were blooming by the river. 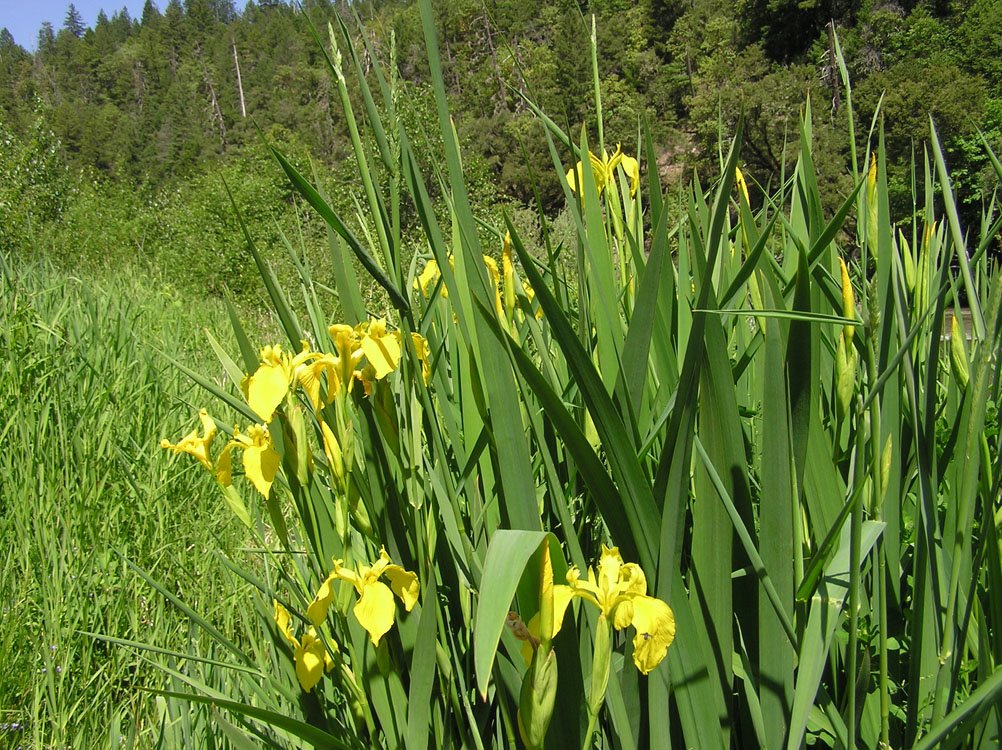 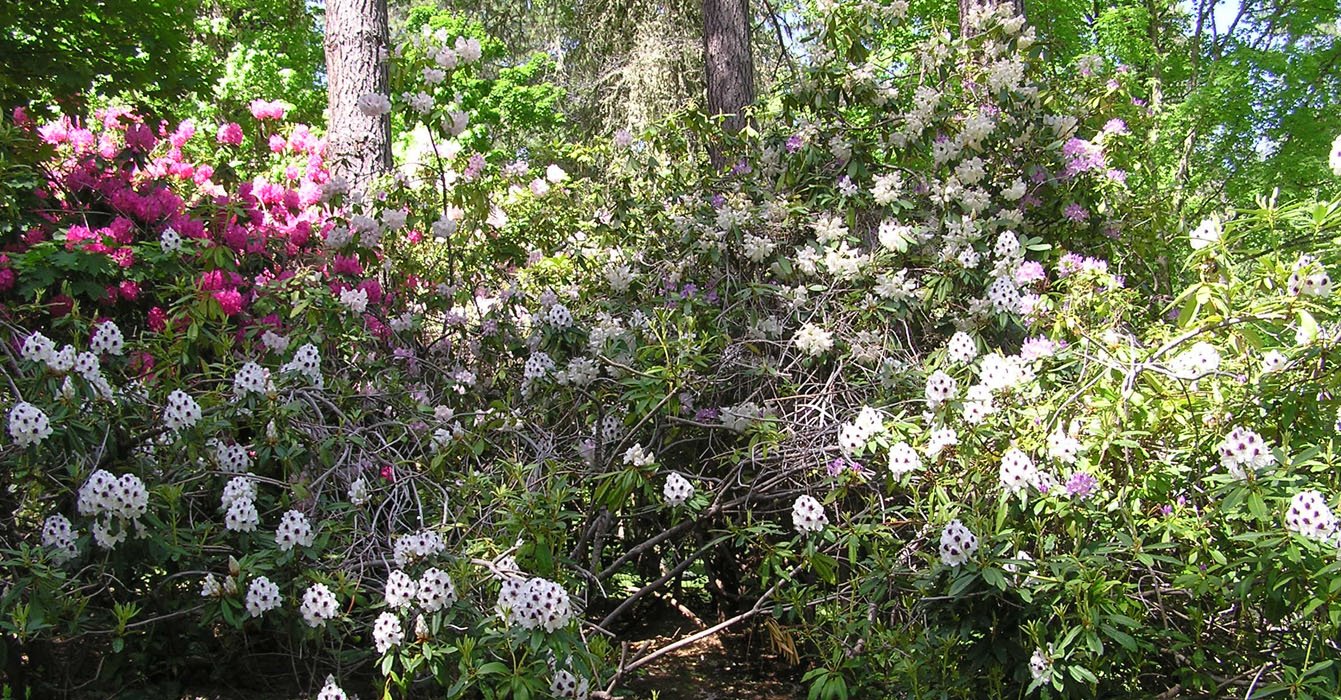 And the timing is just right to enjoy the rhododendrons.

Sadly, the word is that this is the last year the show will be at this park. The club has reportedly lost the contract and plans to move to Lake Selmac next year. Kristy Lee, can we stay with you?

This year’s show? I should have stayed home in the air conditioning and slept in. Saturday’s judging was . . . interesting. The judge was a very nice lady who placed everything I watched differently than I would have. The only consolation was that she did it in every breed and it was quite a topic of conversation. I know, I know . . . so apply for my license already.

Sunday was better and the placings were mostly reversed. Savannah won the open class and was reserve. Digger was Best Opposite to Marian Mizelle’s Spirit, who Kelly is showing this summer.

I think that the dogs are ready for a break from shows for a month or two. Hannah is dropping her coat in handfulls.

Of course now the weather is supposed to cool off by 40 degrees or so with rain coming. You know that old saying about “wait 5 minutes”.