. . . like that famous bunny. Julie AKA Woogers AKA da beyootiful Jawoowoo is 14.5 years young today. 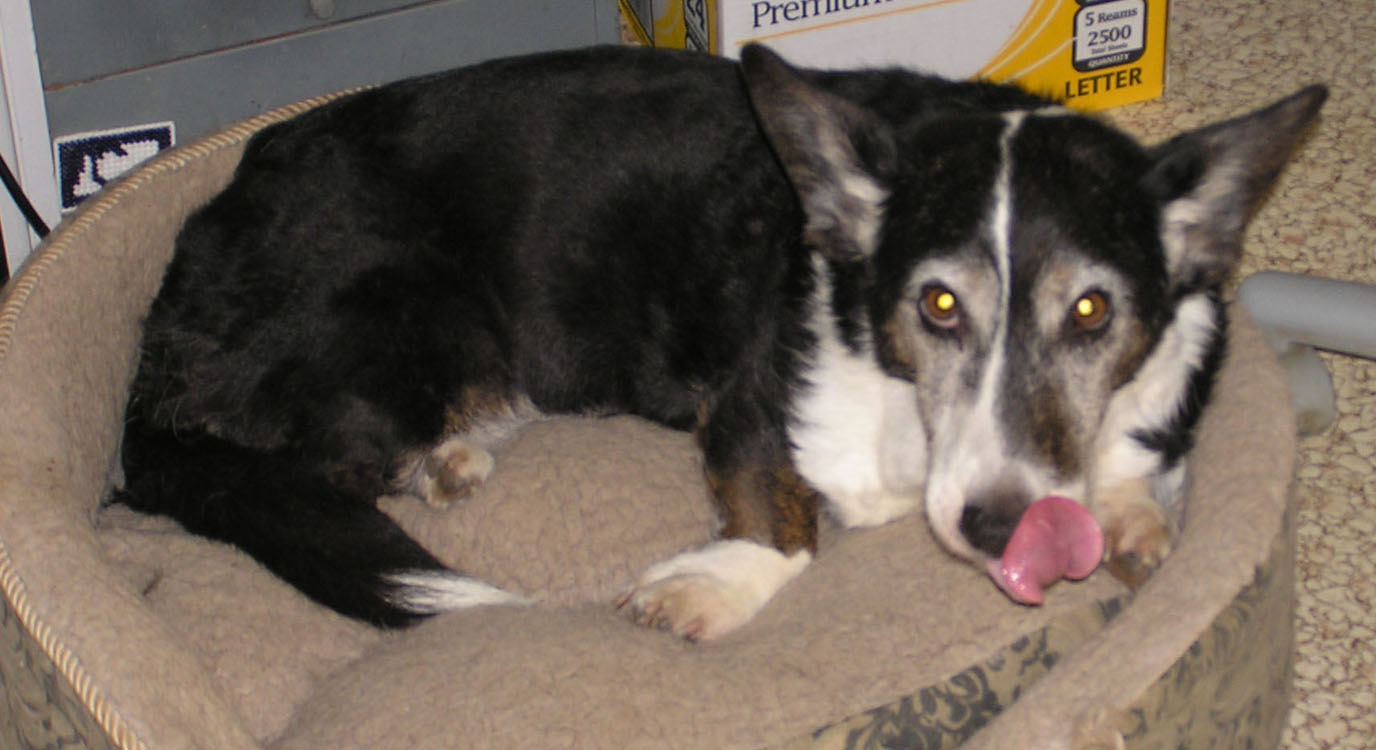 What is that in Cardigan years? Dog years are said to be worth 7 of ours, but she’s not 101.5. At 5 years each she would only be 72.5 and she’s older than that. I’ll go for splitting the difference at 6 years which makes her 87. That sounds about right. That makes Kacy 73 and Alice 48 this month.

Julie spends her days sleeping in Tom’s office. She wakes up rarely until dinner time. Her newest quirk: she has decided that the only ways dogs get fed is for her to go out the dog door into the yard, stand under the kitchen window, and bark until food appears in bowls at the dog-room door. At that point she runs happily to her crate. She still crunches down those chicken legs and does as good a job on beef bones as do the younger dogs. As soon as she eats she starts making these sounds in her crate like she’s having some kind of fit. It works better than barking as far as getting the humans to rush in and let you out.

Through the winter we were having a little problem with incontinence and she was wearing “blue jeans” in the house. When the weather warmed up (which is relative this week) I weaned her off of rimadyl again . . . and the issue vanished. I doubt that it was a coincidence.

I have the feeling that Julie has some quality chicken-eating time left.

I recently got a note from Debby Stephens of Alabama, the breeder of Julie’s dam Dixie. Julie’s grandma Daisy lived to the age of 16 (that would be 96). 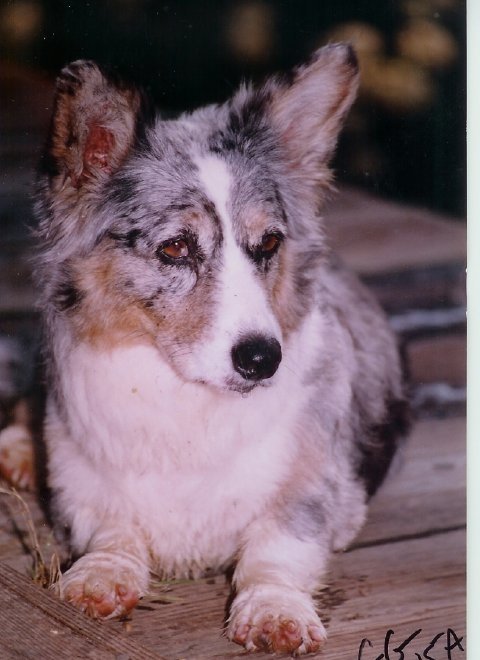 “Daisy used to help my run my horse farm. She knew many words and could move horses easily from one place to another. Her favorite thing was to have me say ‘go get the whip’ cause then she knew we were going to the round pen to lunge and she’d get to pop the whip. She really could do it too-6 ft whip with 6ft lash – hard to believe a short dog could do it but she did it a lot.

“Daisy was such a big part of my everyday life, I really had no idea how to act without her. She traveled with us to all the horse shows and actually knew many more people than I did. When we set up our stalls and tack rooms at the shows, she never had to be crated or tied-just was our meeter and greeter, never left unless asked to go-she always just seemed to know what to do without a lot of fuss-you know? I always wondered if they were all like that-Cardi’s I mean.

“Now I have my Tess, that I got from Mary Belhoff. Mary was so wonderful to meet and get to know. Tess is 2 now and is so much fun! So, I’ve found that yes, as far as I have experienced they are the smartest dog for me. We have an orphan kitten that she has taken charge of and is so sweet to. Goes to the barn everyday, can almost drive the golf cart by herself. Goes everywhere I ride the horses, no matter how many times I ride around the farm-she goes. ” 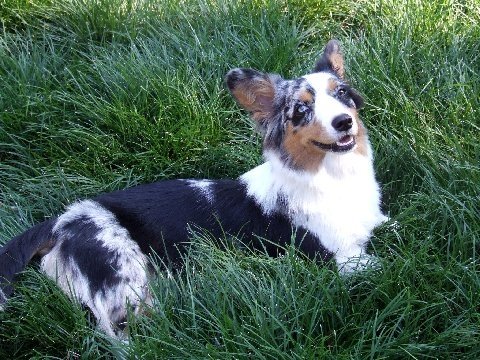 Debby’s Tess at 1.5. Still one of my favorite names. This Tess is a Kodak daughter. Very pretty.
Tagged Cardigans. Bookmark the permalink.