A smattering of pictures from the two days in Bandon. The judging was different each day: the first day Chuck Trotter was looking for movement while the second day head and expression were what counted. I’m ok with losing for that, as long as I can tell what the judge is looking for. 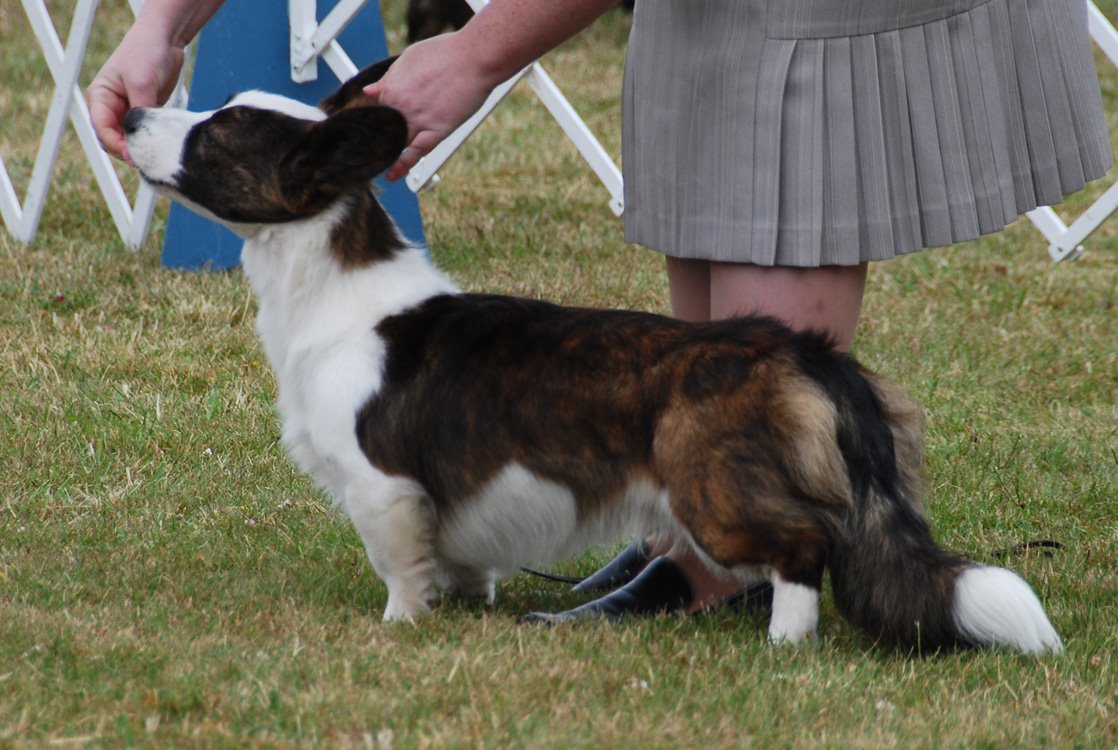 Pilot won the BBE class both days, having both movement and expression. He is still very puppy, but the framework is there. He is going to be a very nice dog when he grows up. And doesn’t he have the longest tail you have ever seen? 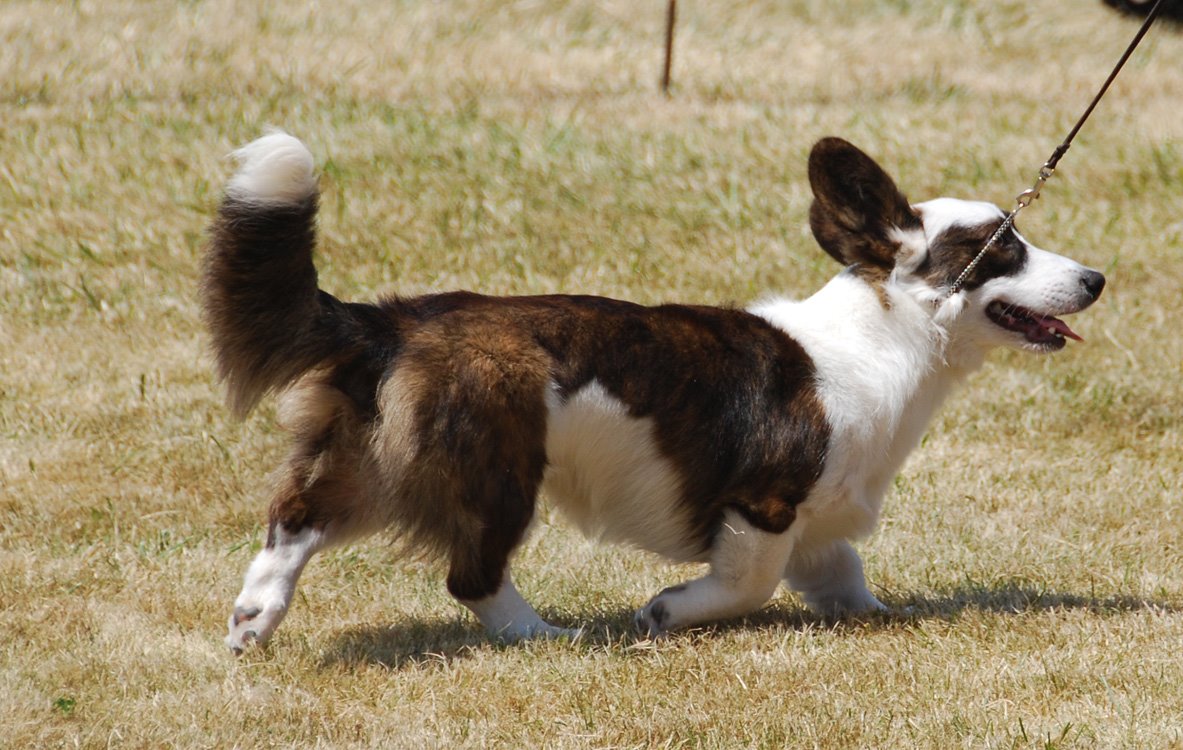 He came very close to being Winners Dog on Sunday. He almost had it, but then the judge made a funny noise and Pilot had to bark at him. He was playing (“Hey, it worked for Uno”) but the judge must have thought he spooked. 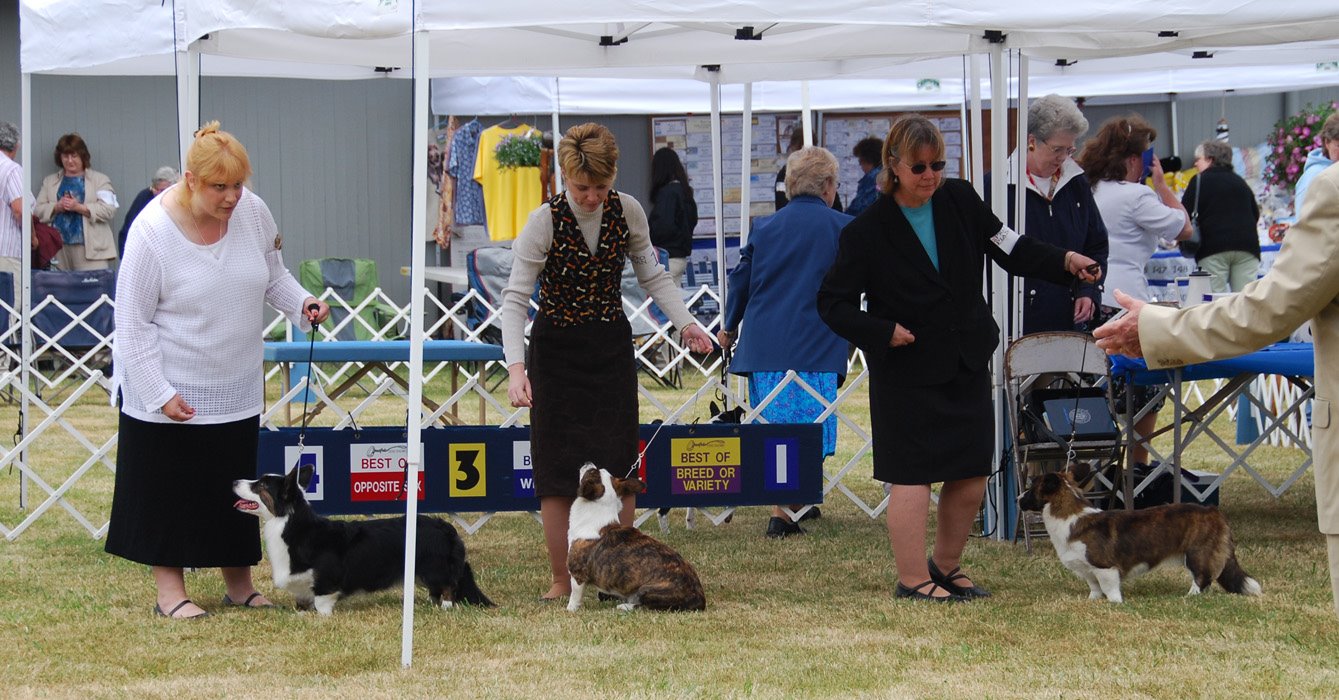 Winners bitch line-up on Saturday. Savannah with Richelle was winners. Louise brought Mirrhi back in and took reserve.

I’m pleased with Molly’s movement (you guys know what I consider important, right?) So we still need to work on ears and expression. She won the 6-9 class the first day, lost the second. I love her coat, which is plush like Alice’s without any curl. And look at her tail carriage. 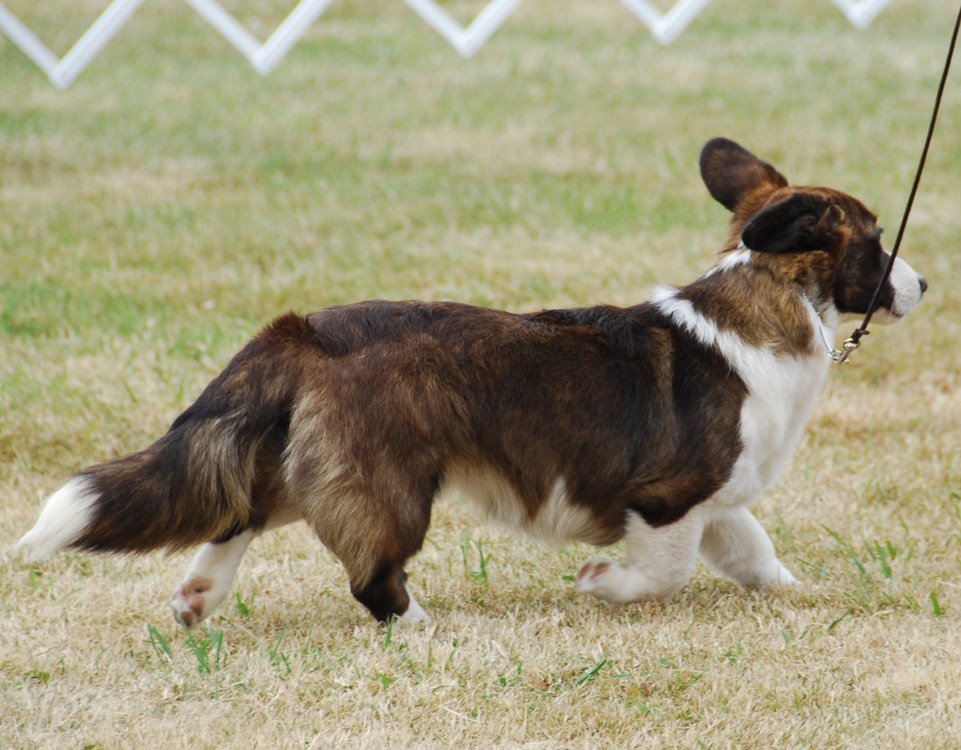 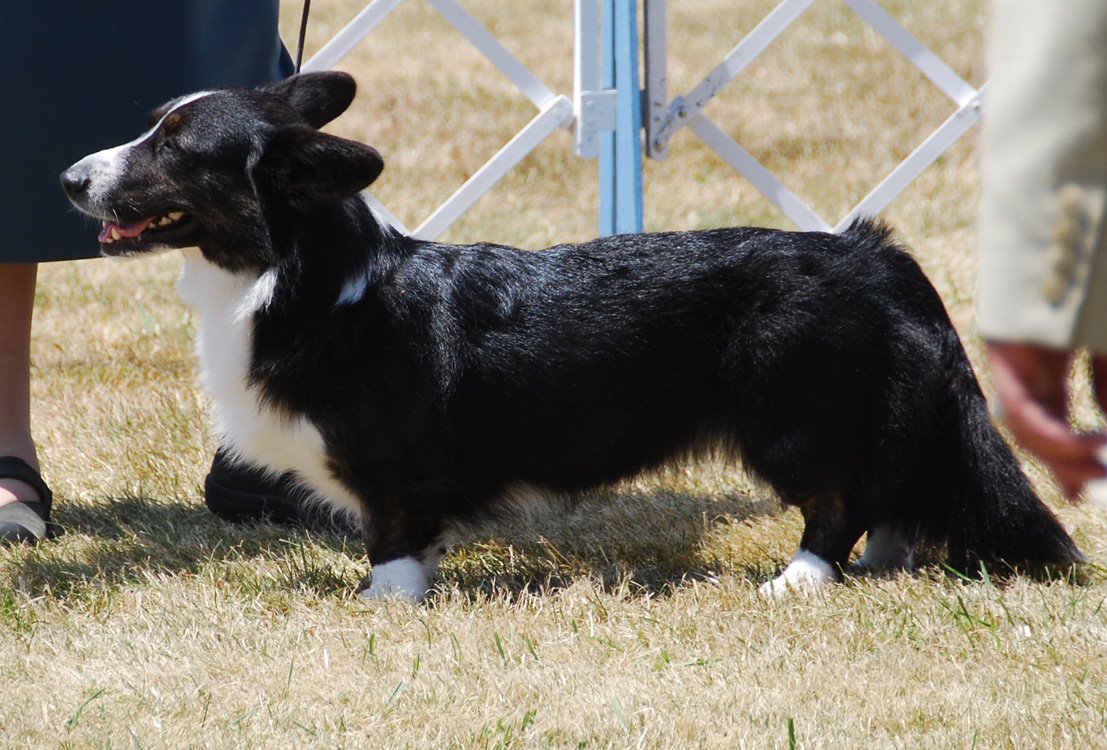 Mirrhi still needs two points to finish. She was reserve both days. Darn it. 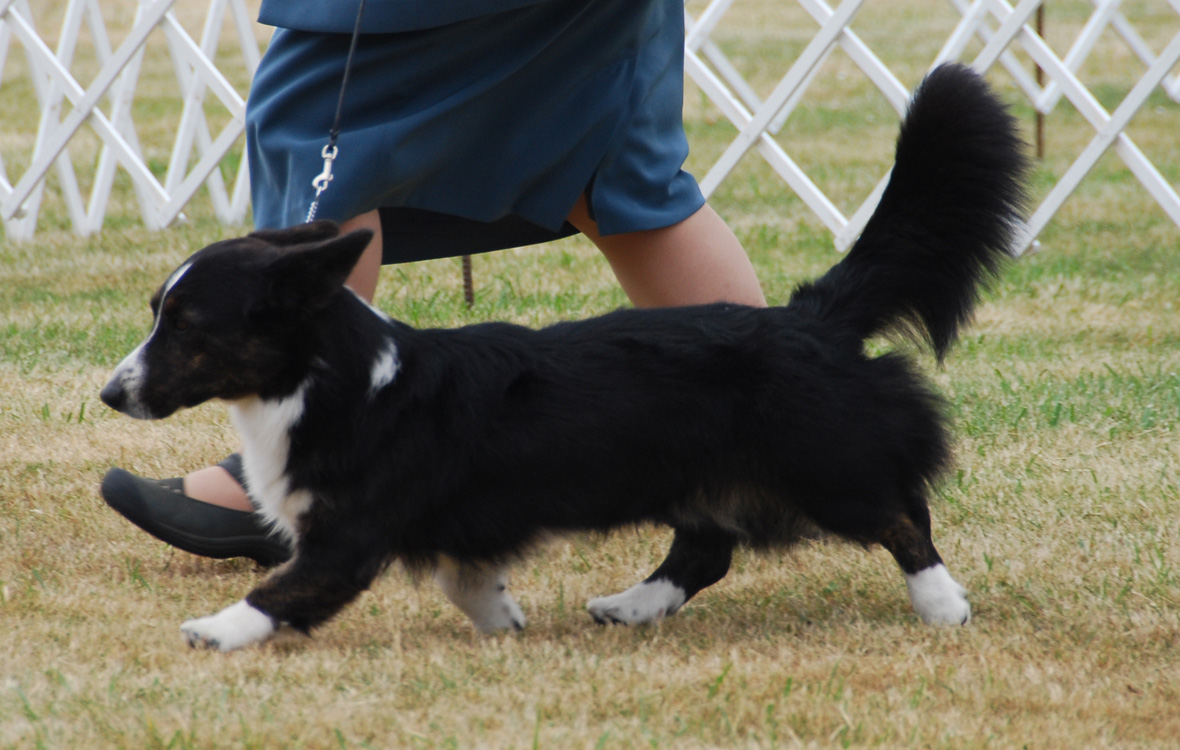 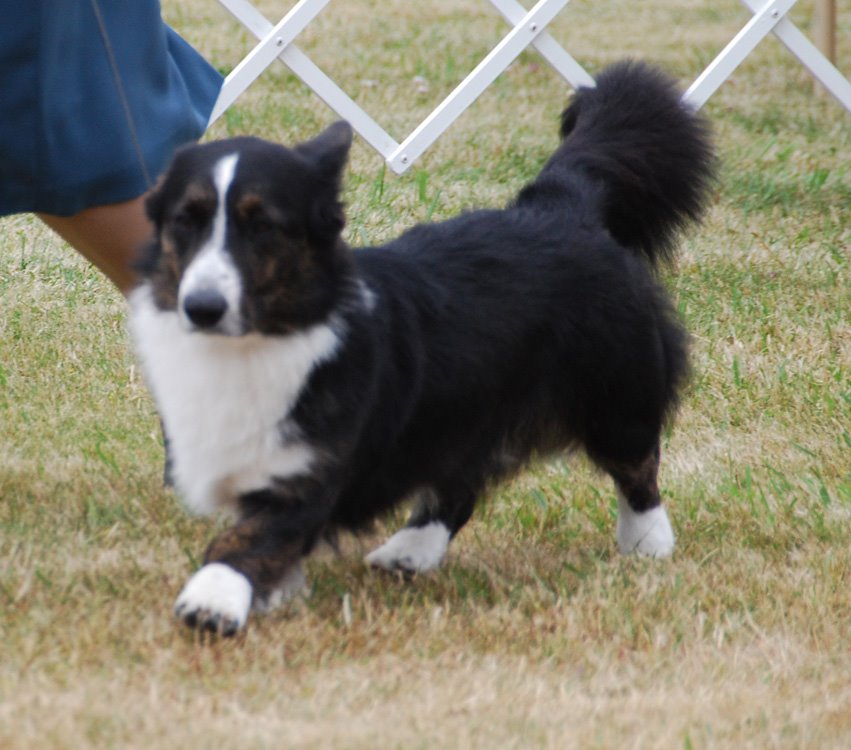 She sure resembles her brother Digger in the picture above. 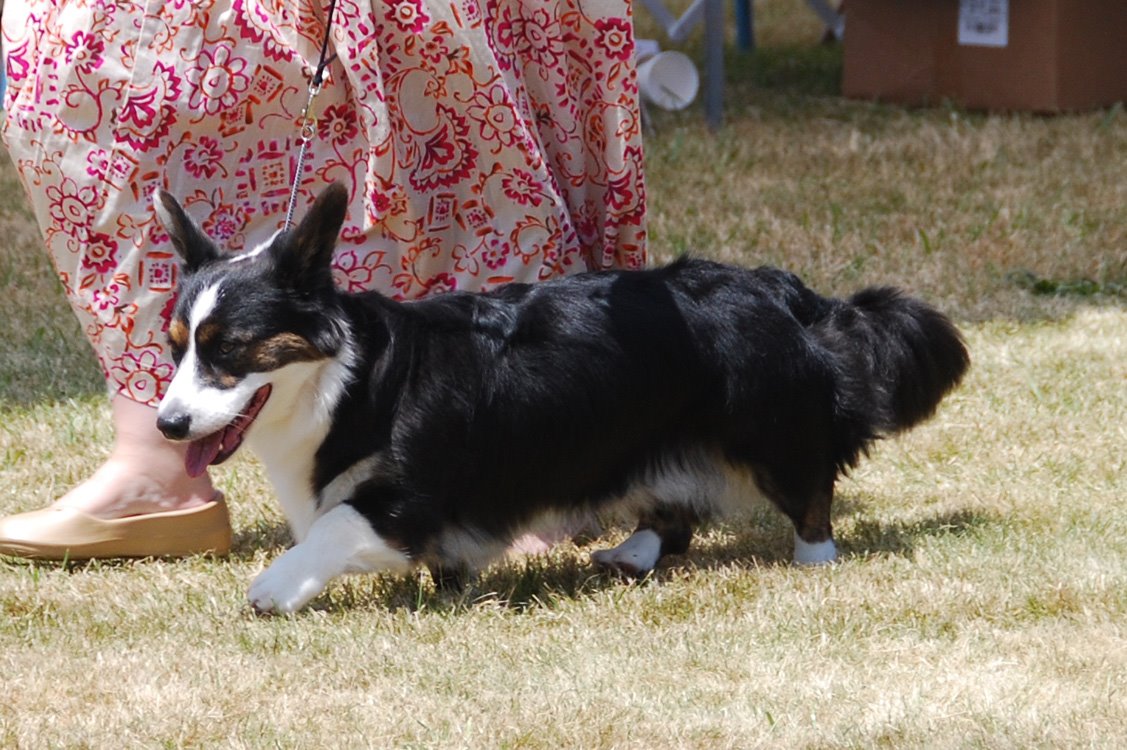 Savannah can really fly around the ring. She deserved her win on Saturday. 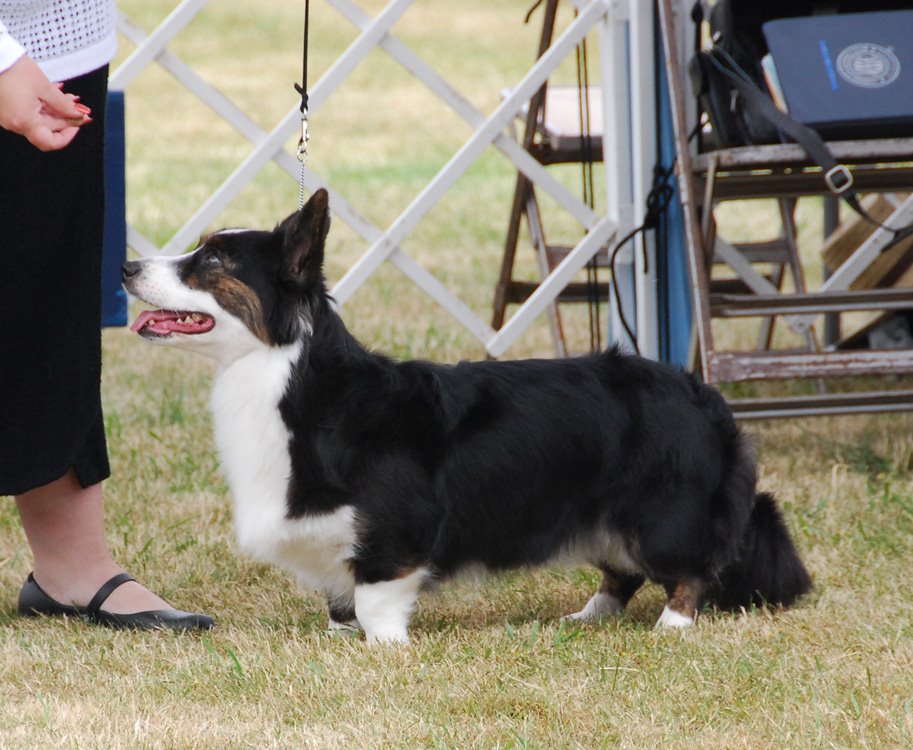 Best of Breed ring on Saturday 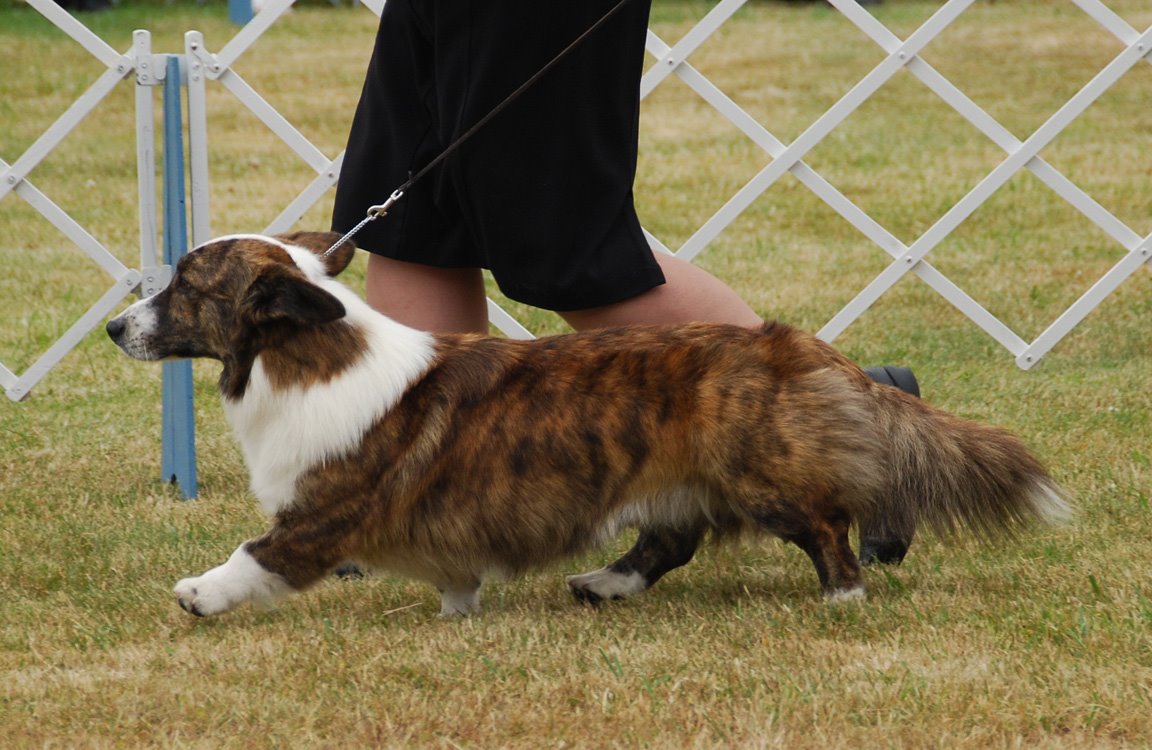 I can’t have too many pictures of Digger-dog moving. 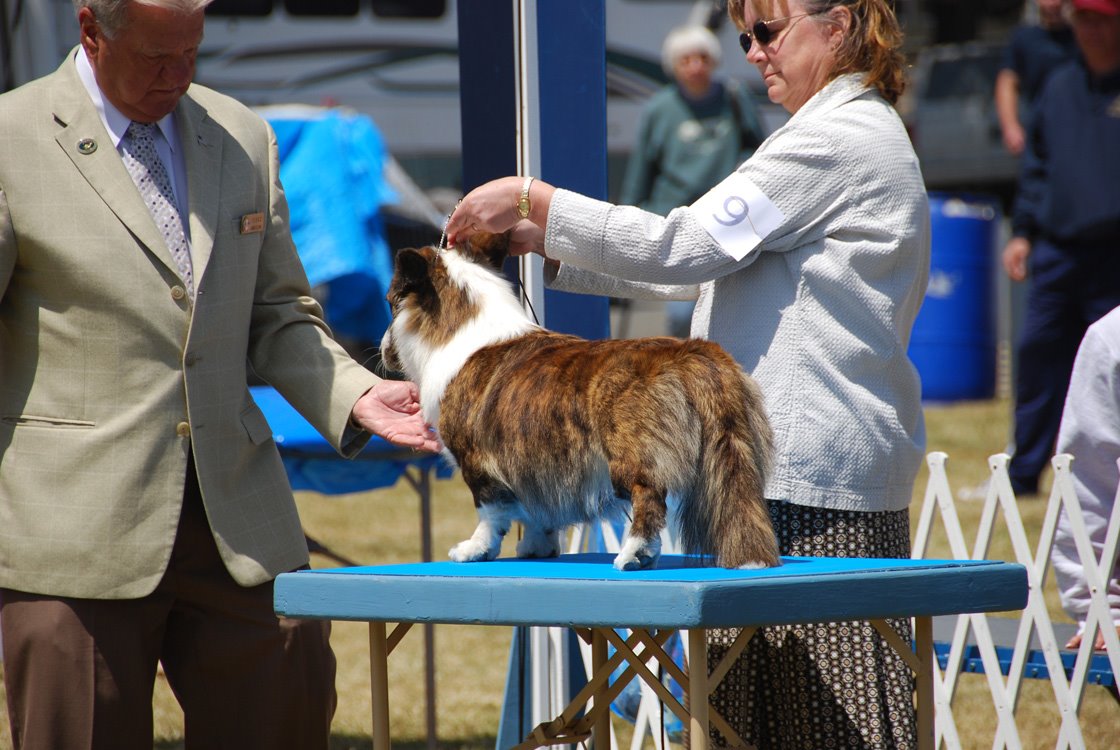 He’s getting really good at standing on the table. But we really need expression while free-stacking. And I need to not let him sag. We were pulled up first for breed on Saturday, but then I blew it and we ended up with Best Opposite. 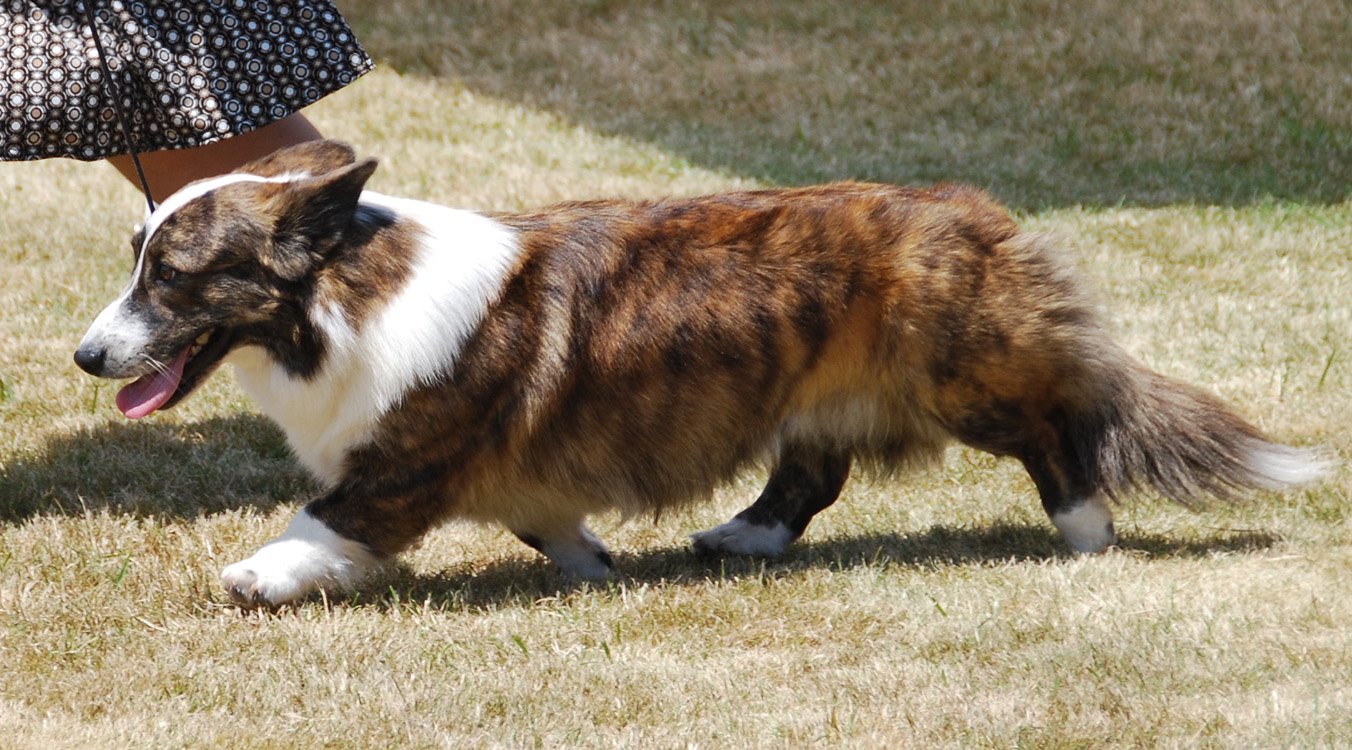 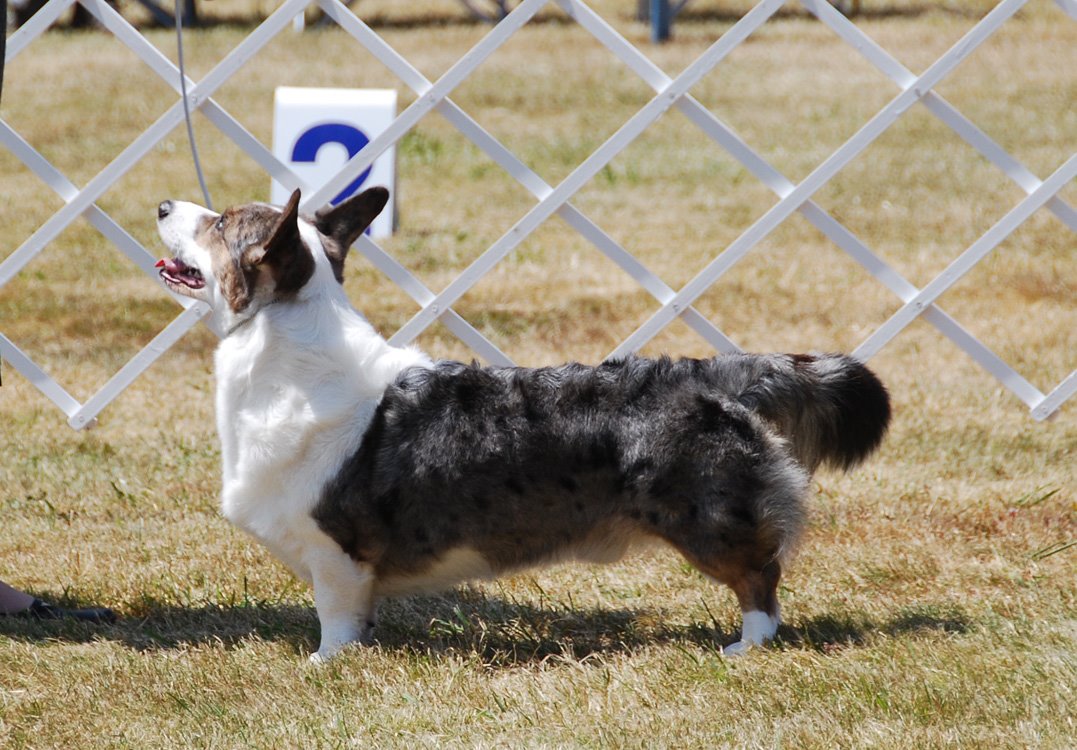 Chaucer standing and looking pretty. I was told that I should have entered his brother Huxley who is looking really buff right now. But he’s trying to get turned into a smart dog, and I like running around the ring with Digger. 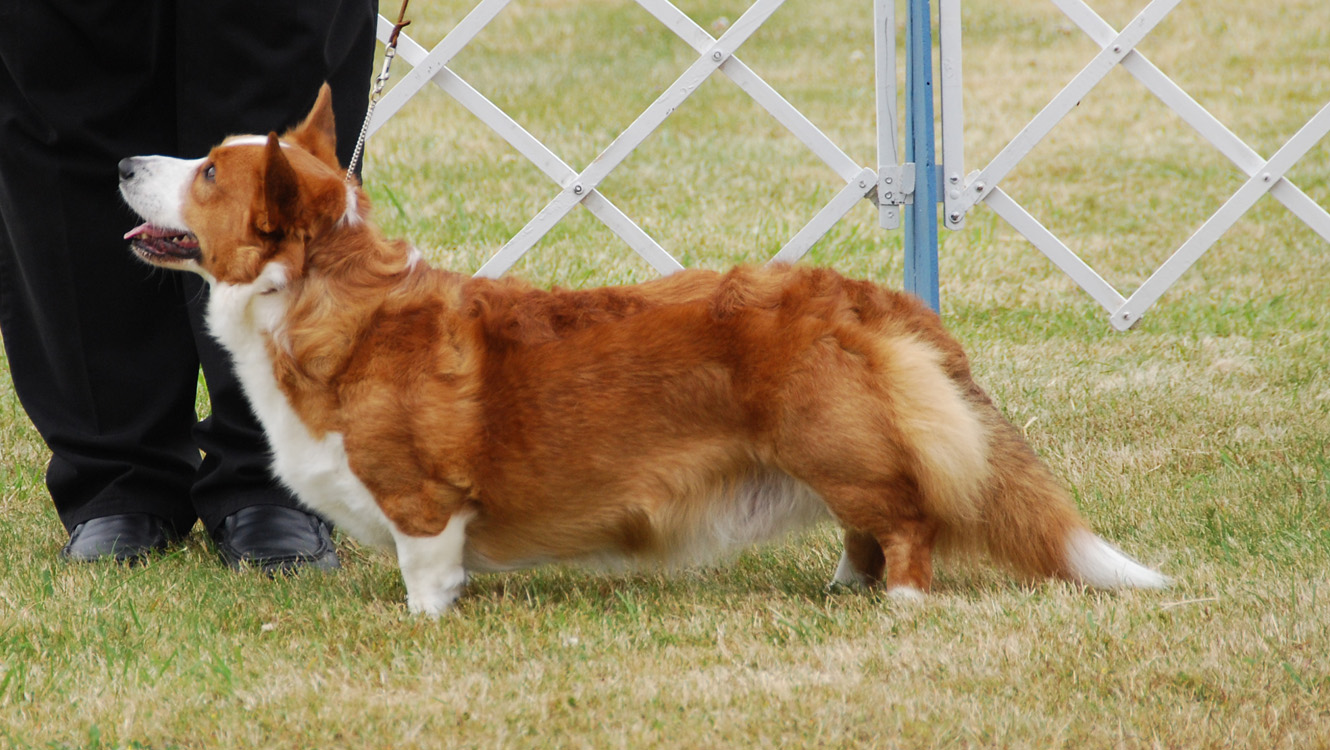 And here’s Kacy’s grandson Ethan. I don’t have that many nice show pictures of him so I ‘m glad that Tom got this one.