I love this show, and it seems to be good to us every year. This year the weather was cooperating: while it was pretty warm in the sun in the ring it certainly wasn’t hot, and unlike last year it wasn’t raining.

Due to the price of gas, the official photographer and the trailer stayed home this year. I just brought up Alice, Huxley, and Molly in the Prius.

The Cardigan entry was big; one of our largest entries ever at 45. The breakdown was 13 class dogs, 16 class bitches, 5 special dogs, 9 special bitches, 2 veteran bitches. 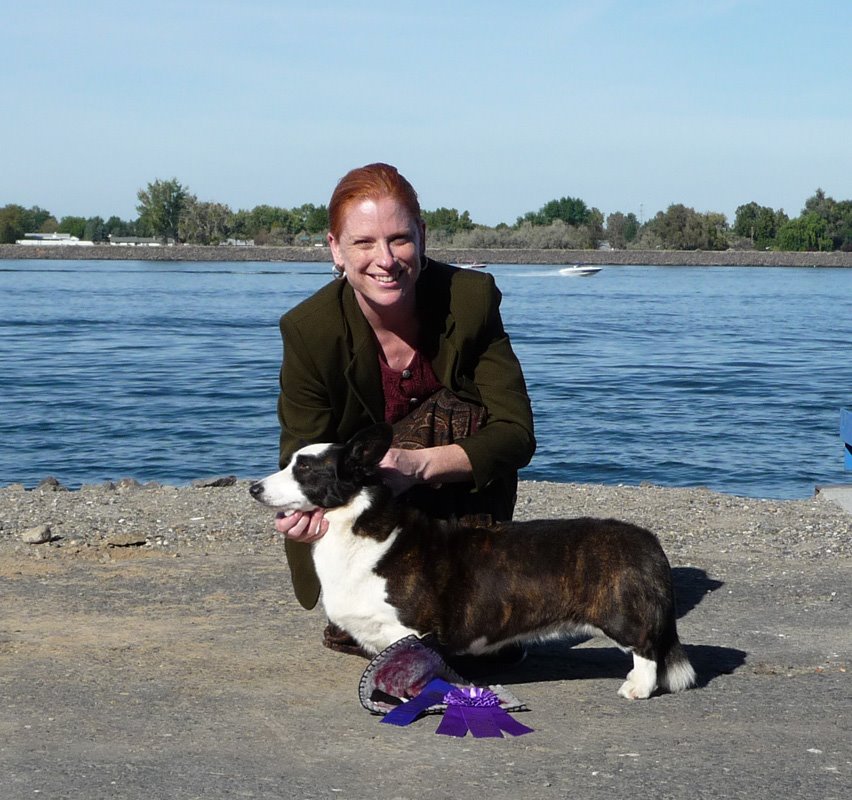 Winners bitch for 5 points was C-Myste Kahlua’n Cream. Kayla is owned by Le’o (I still co-own her). I was so delighted for both of them. Kayla and Le’o have been road-working and it has really paid off. She is another one who has been slow to mature, but there’s not necessarily anything wrong with that! 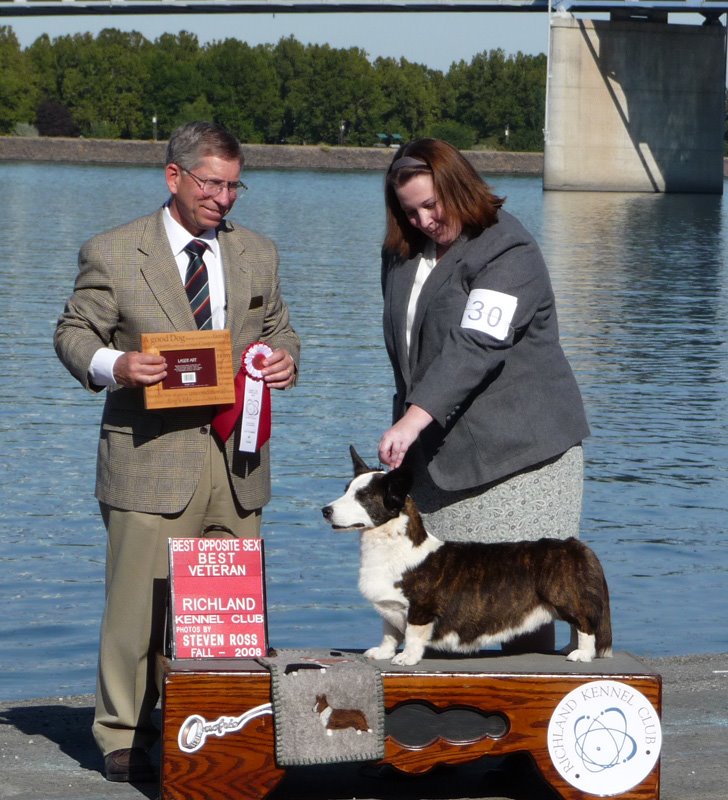 Mandy showed Alice in veterans. She lost to Denise’s girl Zayla in sweeps, but they swapped places when it came to the regular class. It took Alice a while to get warmed up and back in the swing. But then . . . Alice went on to take BOS over all of the younger bitch specials. In fact she pushed hard for breed, but was flagging that 20th time around the ring and ended up losing to Huxley’s brother Truman.

Molly won both her sweeps class and her regular class but did not go farther. I didn’t expect her too, but she didn’t embarrass me. Pilot was 2nd in his sweeps class and 3rd in bred-by dog. He’s kind of scrawny right now, but still has that terrific movement.