Clem came to visit the dog show on Sunday, and we took the opportunity to snap some mother/daughter pictures in front of the river. 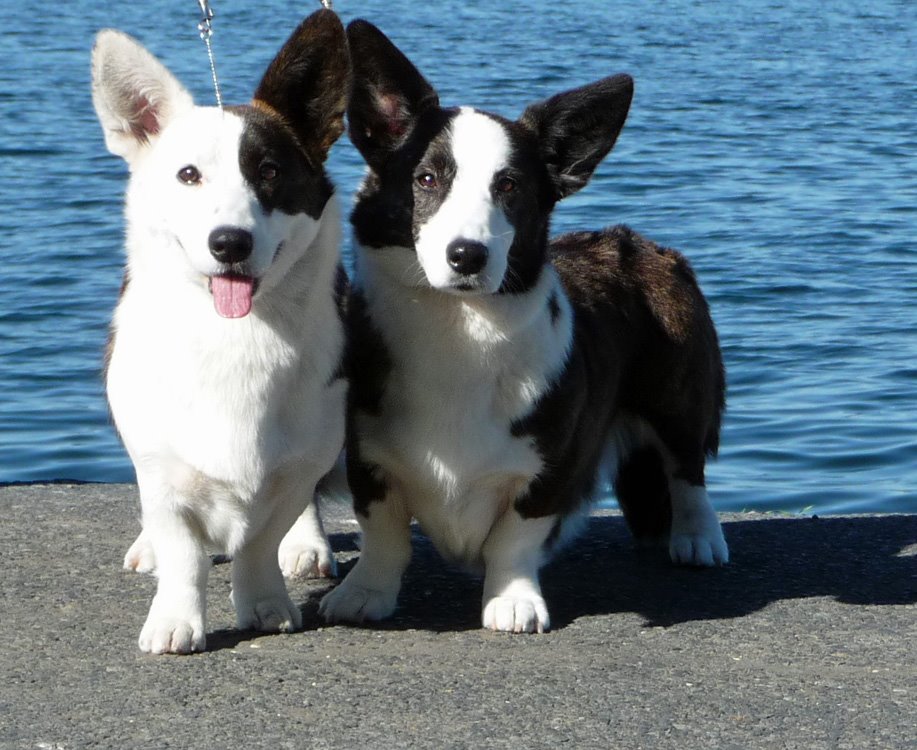 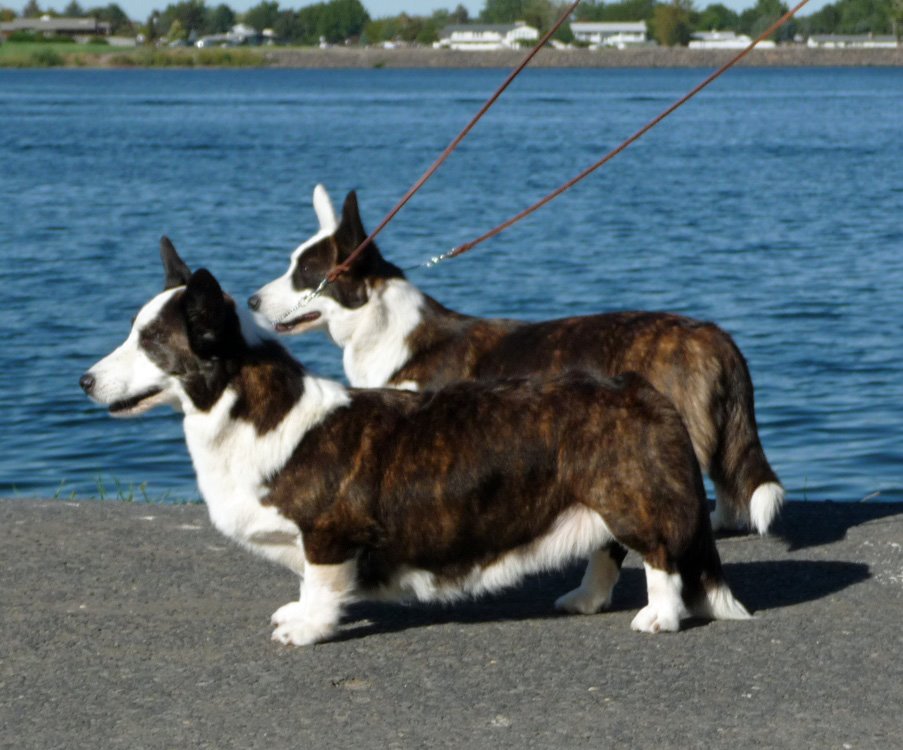 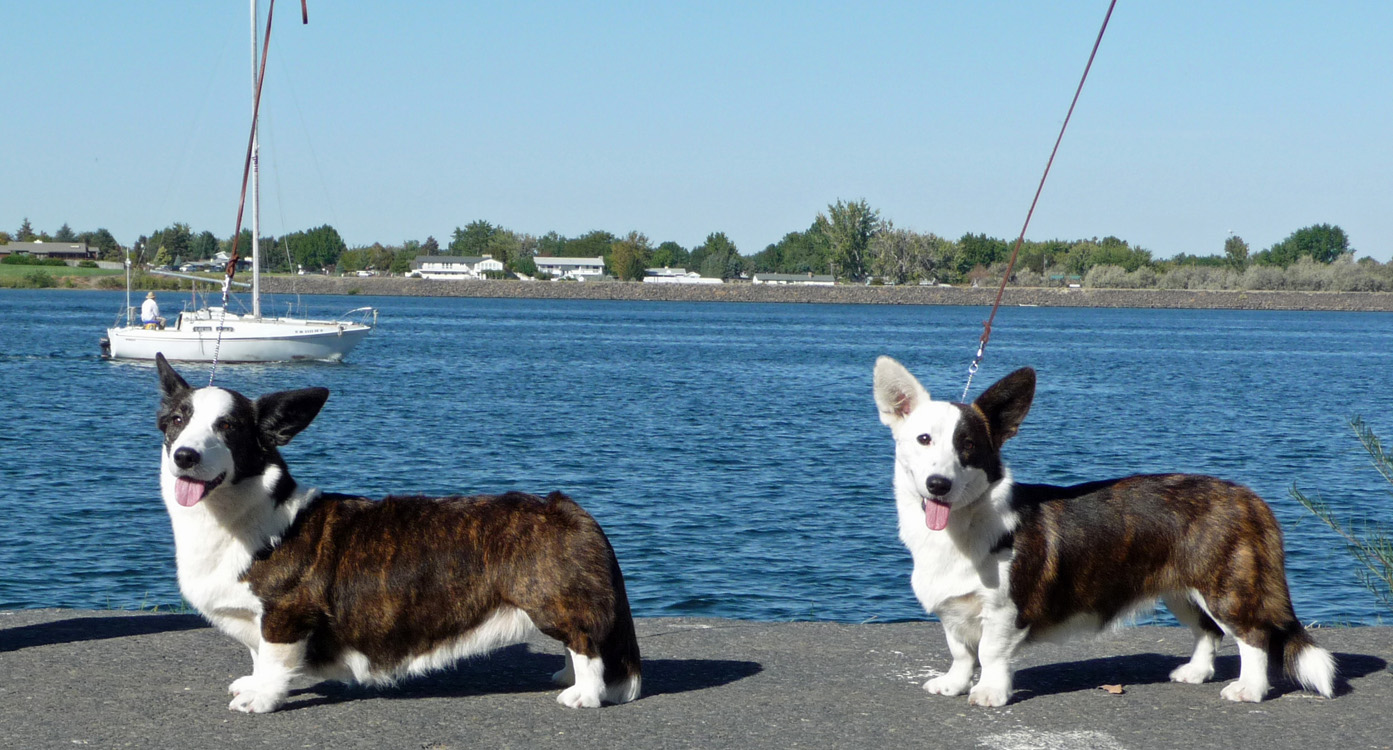 I’ll be making Clem a web page, as she has her puppy national and international championships. The standard used in those shows doesn’t apparently mention the amount of head white.

The judging on Sunday was quite different from Saturday. Richard (Saturday’s judge) needs to work on his ring procedures, but IMO did a good job of finding the right dogs.

Sunday . . . Pilot was RWD and as Mandy said on her blog, he isn’t ready. Although I have to admit that he looks stunning and striking going around the ring. He has come home to grandma’s house for 3 weeks to work on getting fattened up.

And when you put Alice on the table and the judge says “She’s a little doggy for a bitch” you pretty much know it’s over. Alice wouldn’t have looked big and doggy if she had been out with the other bitches in breed, but the second veteran on Sunday was small with a delicate face. The upsetting part was that she was also freaking out and trying to jump off the table, and shying from the judge at the end of the down-and-back. We won’t even mention the loaded shoulders. We minded losing that class, as much on temperament as on structure.

But that’s a dog show for you!