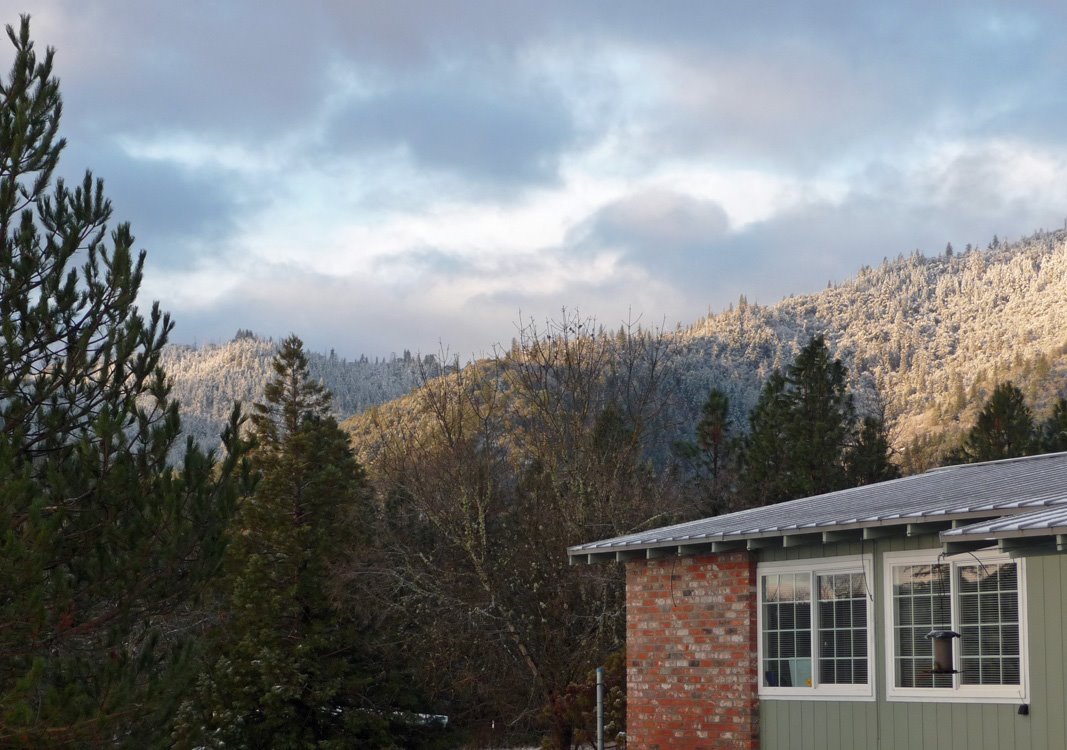 A beautiful morn, with snow frosting the hills behind the house. 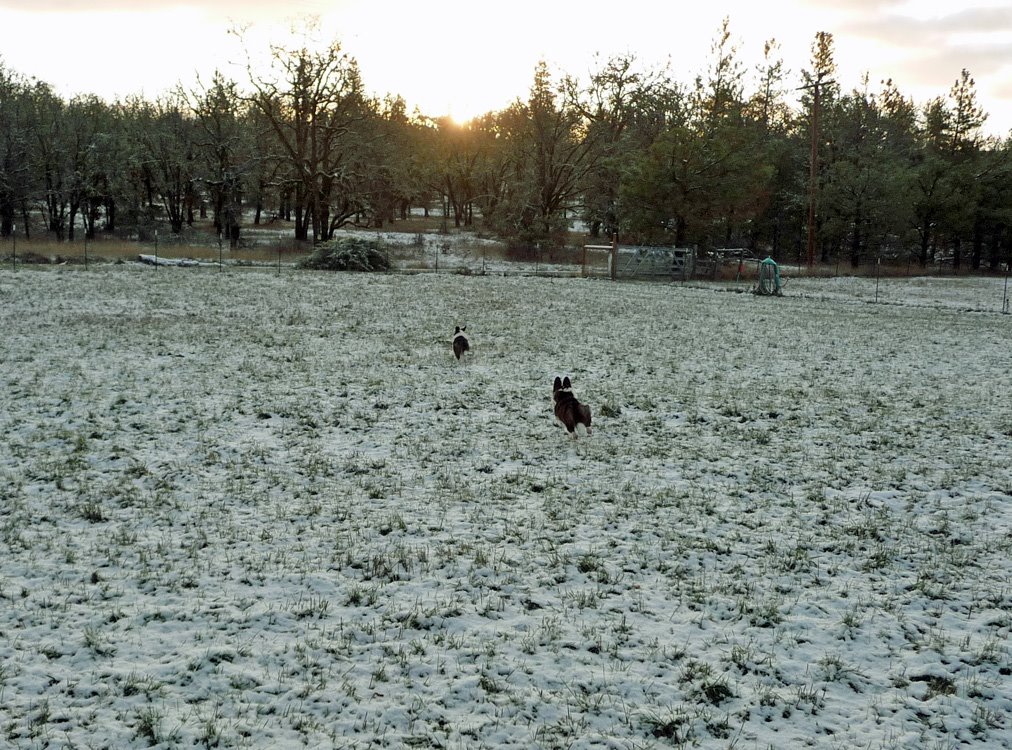 The snow was crunchy and dry. We had snow left from yesterday morning, with freezing rain overnight and another dusting of snow on top. The younger dogs went out front to play for a while. 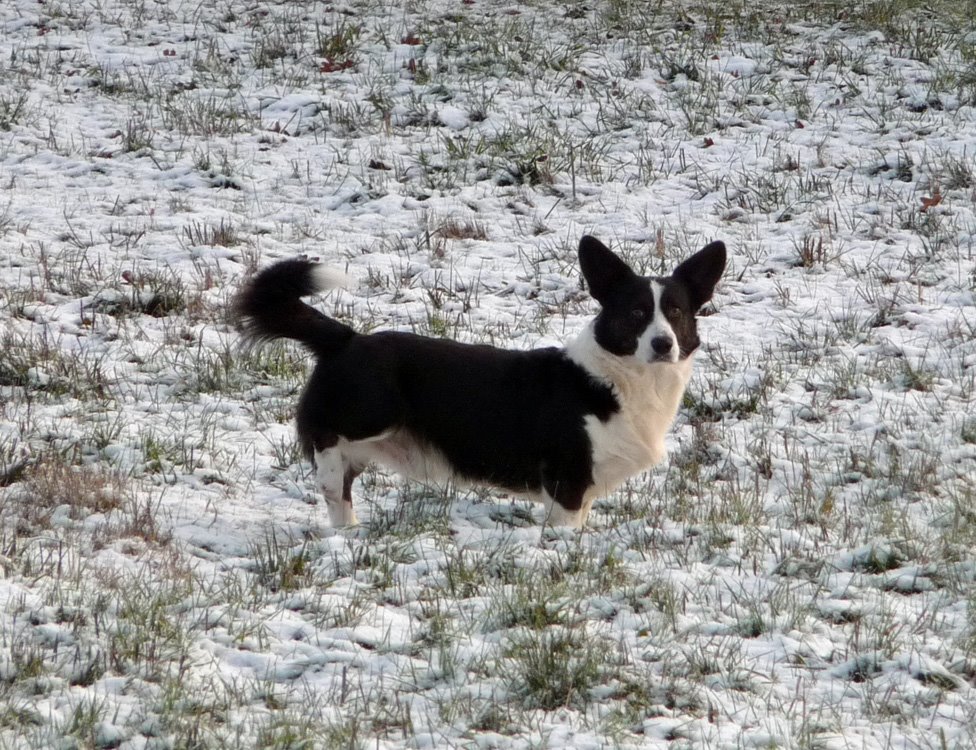 I thought this as a dignified picture of Huxley. Until I blew it up and noticed what he was doing. 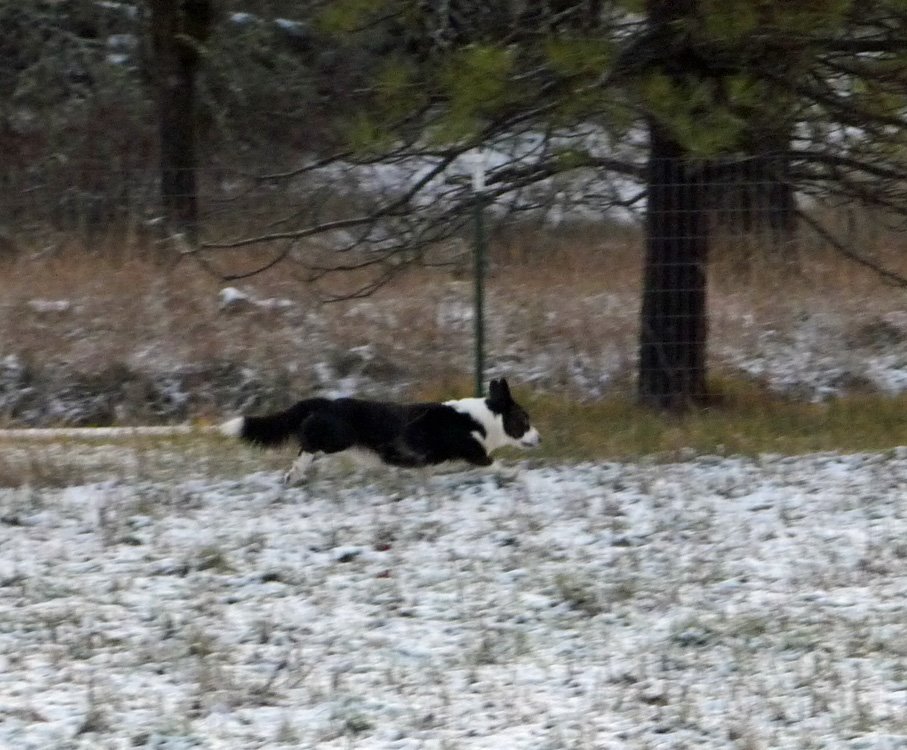 And Huxley helping to patrol the perimeter. 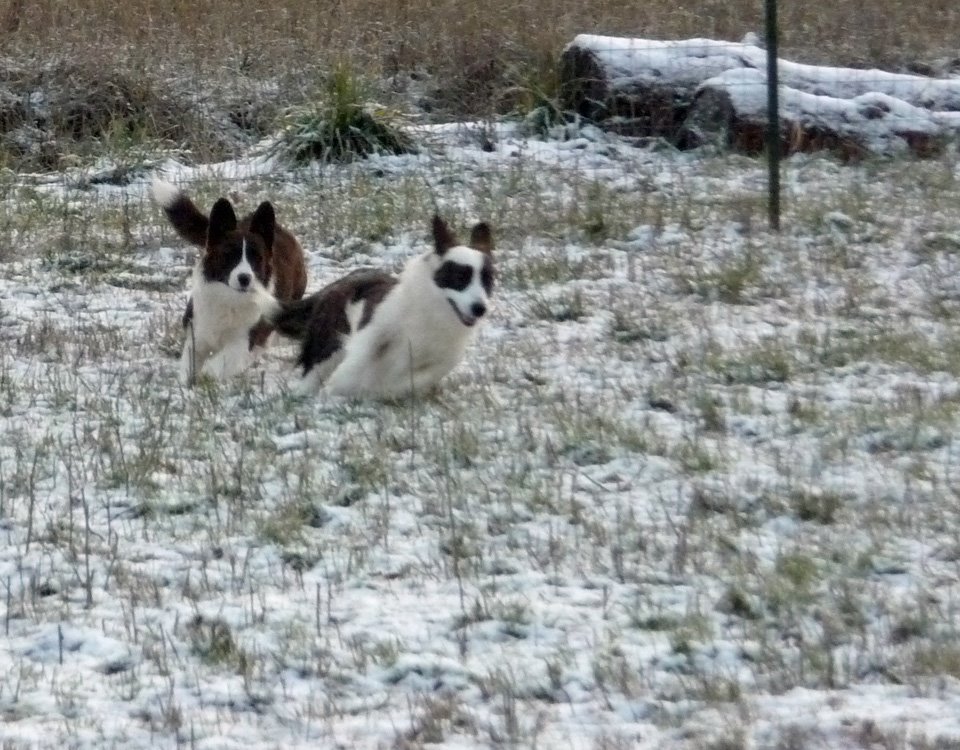 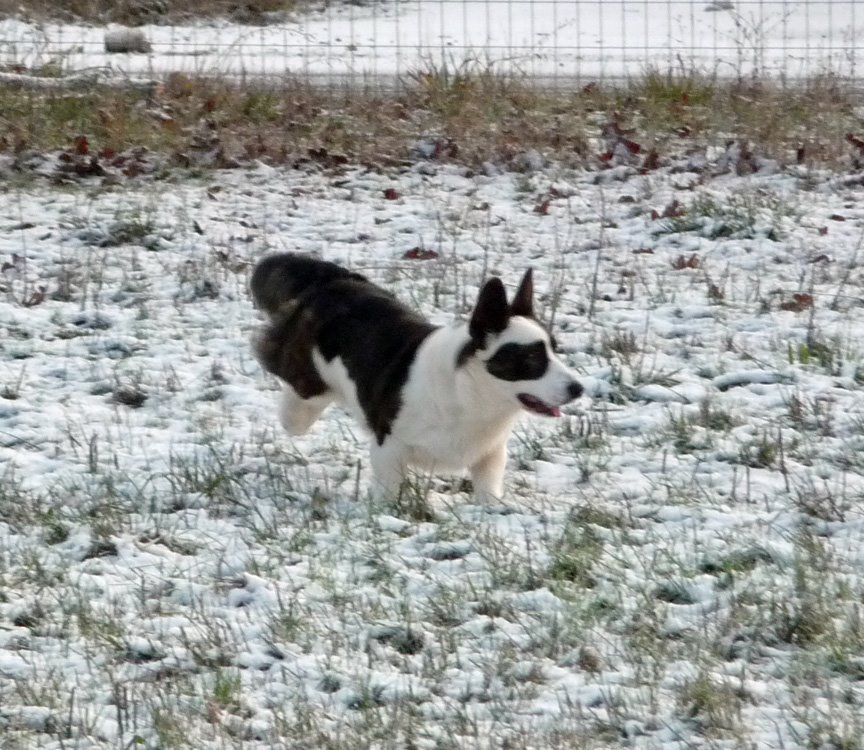 Pilot is such a happy boy. Not a care in the world (or possibly a brain in his head). 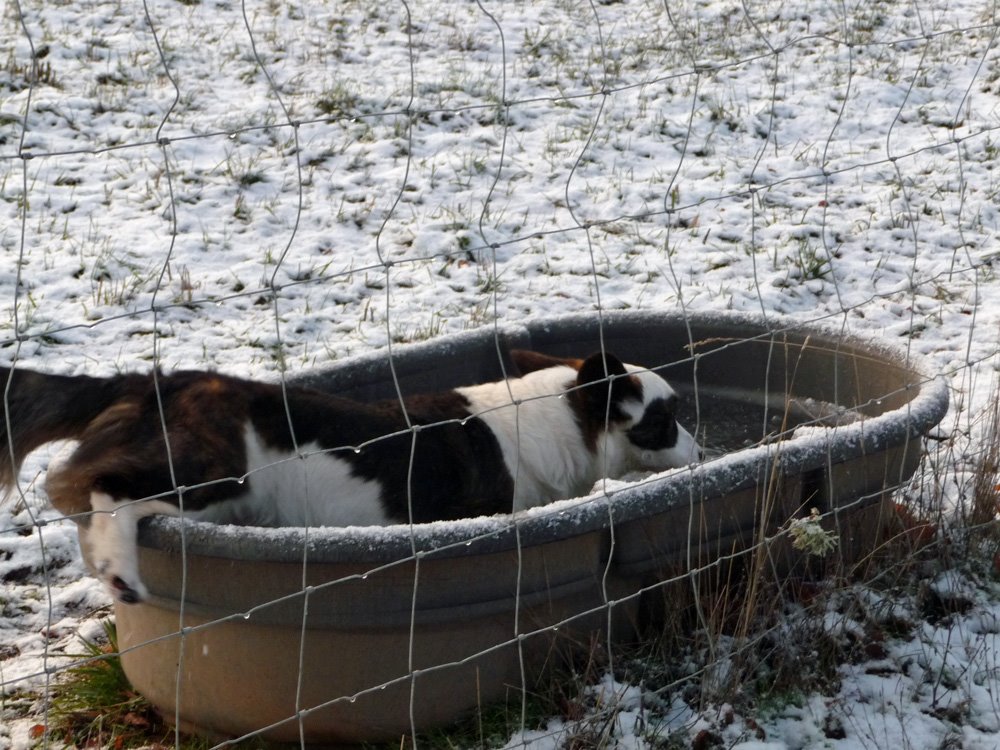 Pilot breaks the ice, diving into the trough for a drink. 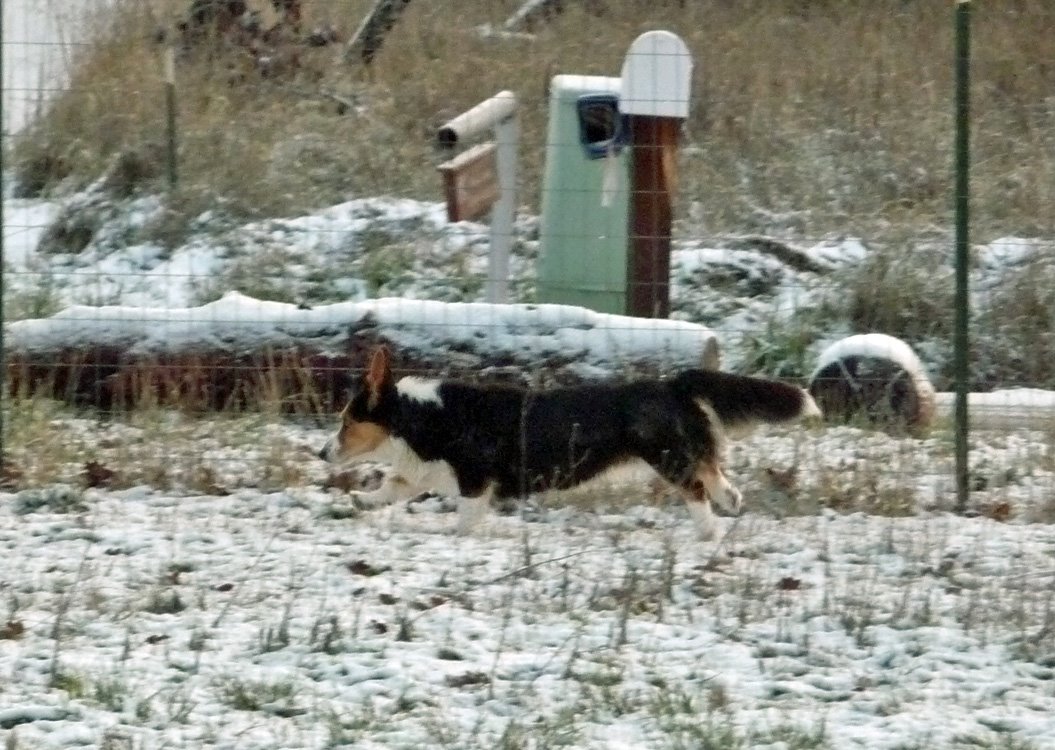 Phoebe on the lookout for neighbors on their morning run. Or anything else passing by.

From the C-Myste pack to you:
May all your Christmases be white (but not too white!)
Tagged Cardigans. Bookmark the permalink.