I mentioned in the last front that we didn’t start out with good fronts, so I’ll provide pictures for comparison. As most show pictures are side-shots, I’ve had to dig to find adult or semi-adult front pictures.

Some of these pictures are old and small. Digital photography has taken great strides in the last dozen years. 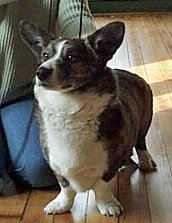 This is Klark, Phi-Vestavia Kallel. His front looks better here as an older dog than it did when we were showing him as a youngster. We used him one time on Kacy’s litter sister Tess (Ch C-Myste Thistle and Shamrock). Most of the puppies in that litter had decent fronts and we gained type which has carried down to future generations. His front has come back to haunt us from time-to-time. Klark’s problem: long pasterns with too much turn out. Go back to the “good front” pictures: what we are looking for is wrap of the chest and then straighter pasterns coming down. 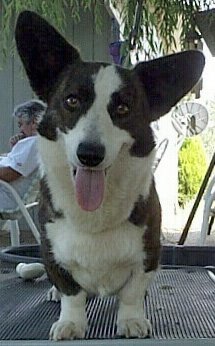 Klark’s daughter Flirt: Ch C-Myste Kiss and Tell. Flirt had a good front for what we had at the time. She doesn’t have too much turn-out. But: her chest is round rather than having a nice deep point and egg-shape that is desired. 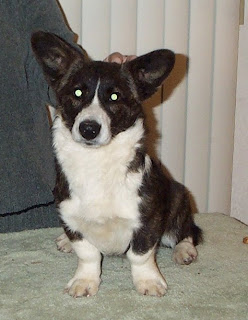 This is Flirt’s son Milo who was major pointed before things went awry.
And we still don’t always guess right what is going to happen. My current thought is that the keepers are those puppies with nice straight fronts. If you keep a puppy with wrap and what looks like acceptable turn-out, you will get more. 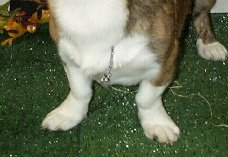 Another Klark grandson from a different sister in the litter. He also inherited some of Klark’s front.

Now this I believe was an injury. A group-placer as a puppy, I placed Stratus (Ch C-Myste Trnluk Clouds Illusions) on a trial basis with a lady in Canada. She let me know that he had fallen/jumped off a grooming table, and he spent several months convalescing before being returned. As Strat was over two when he was placed, there shouldn’t have been so much change. 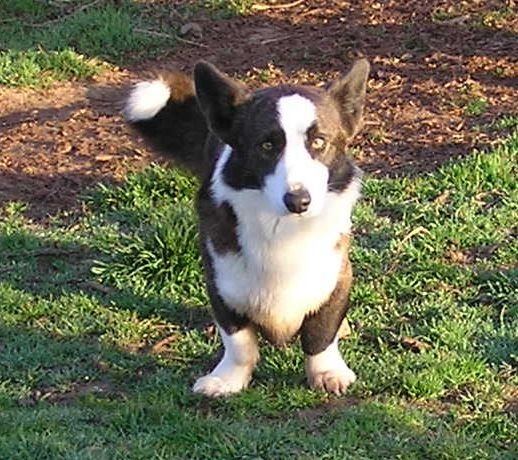 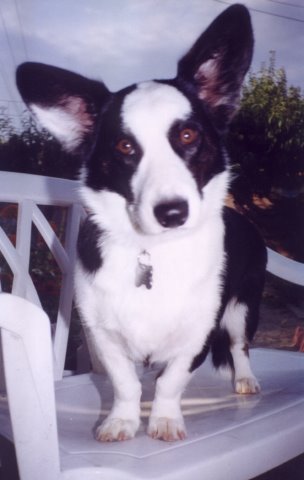 A pretty little pet with a wonderful personality, a shallow chest with too light of bone. This is a litter sister of Dakota’s dam Baha and of Kristine’s Riley. 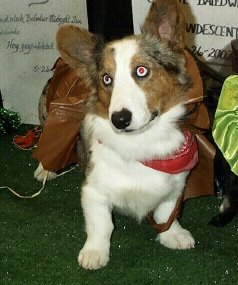 I just thought I’d throw in this picture from 2003 when Phoebe was in her cast at the (late lamented) Portland bench show. Phoebe, BTW, is a half-sister of Klark. Both were sired by Inky (Ch Phi-Vestavia Inkling). 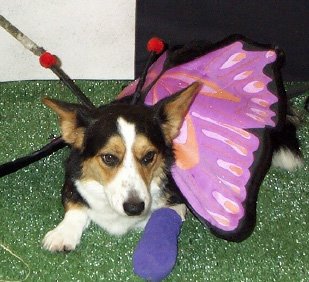