Pawcific Emily suggested a try at rear angulation and balance, which I already had in mind. This time I’m going to start with the skeleton from the Illustrated Standard and then show a couple of real-life dogs. 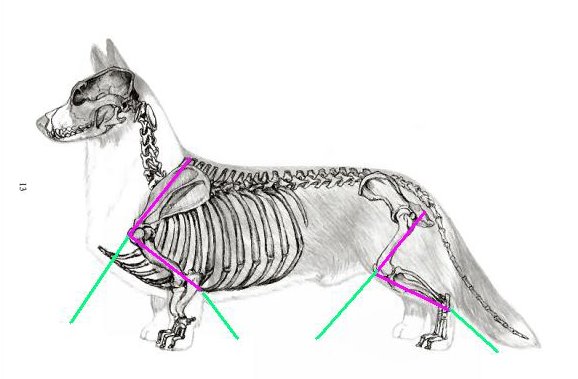 Ideally the angle created by the shoulder and upper arm will be echoed by the angle formed in the rear by the femur and tibia. The easy line to find on real dogs is the one from the stifle joint to the hock joint.

I’ve used blue-green lines to show the extended position of the legs during a trot. A “balanced” dog will have equal angles in the front and rear, and when trotting the legs will give the appearance of equal triangles under the body. Remember that the front leg can only extend in a straight line from the shoulder. This is why the shoulder angle is all-important in reach. 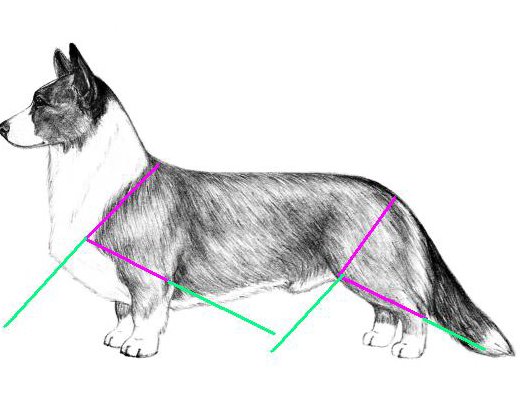 Here’s a try placing the lines on the drawing from the IS. 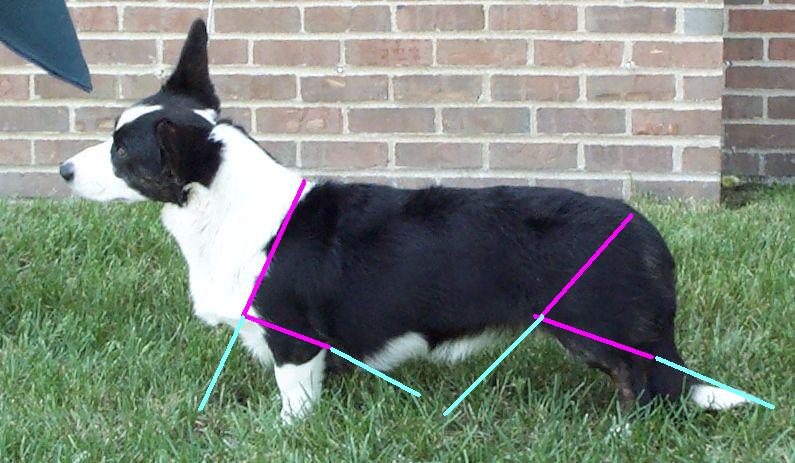 This pretty girl is not balanced. She has a straight shoulder, but has terrific rear angulation. Extending the lines down, you can see that she will not have enough reach and will have a problem getting her front out of the way of her rear when moving. A trot will not be a comfortable gait for her.

A dog who has straight angles both front and rear will appear to move better than a dog like this. Her triangles will not be equal, and she will expend extra energy in trying to maintain a trot. Various movement faults will result from an imbalance, including over-driving in the rear, “flipping” the front, crossing over, or pacing. I’ll search for examples. 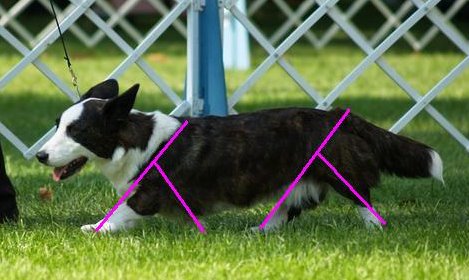 I know, I keep using old Alice as an example. I do think this picture shows what we’re looking for in nearly-equal triangles at a trot. The dog who is built correctly and “balanced” can hold this gait with little effort and without an extra expense of energy.