Minnie from Minnie-sota at One 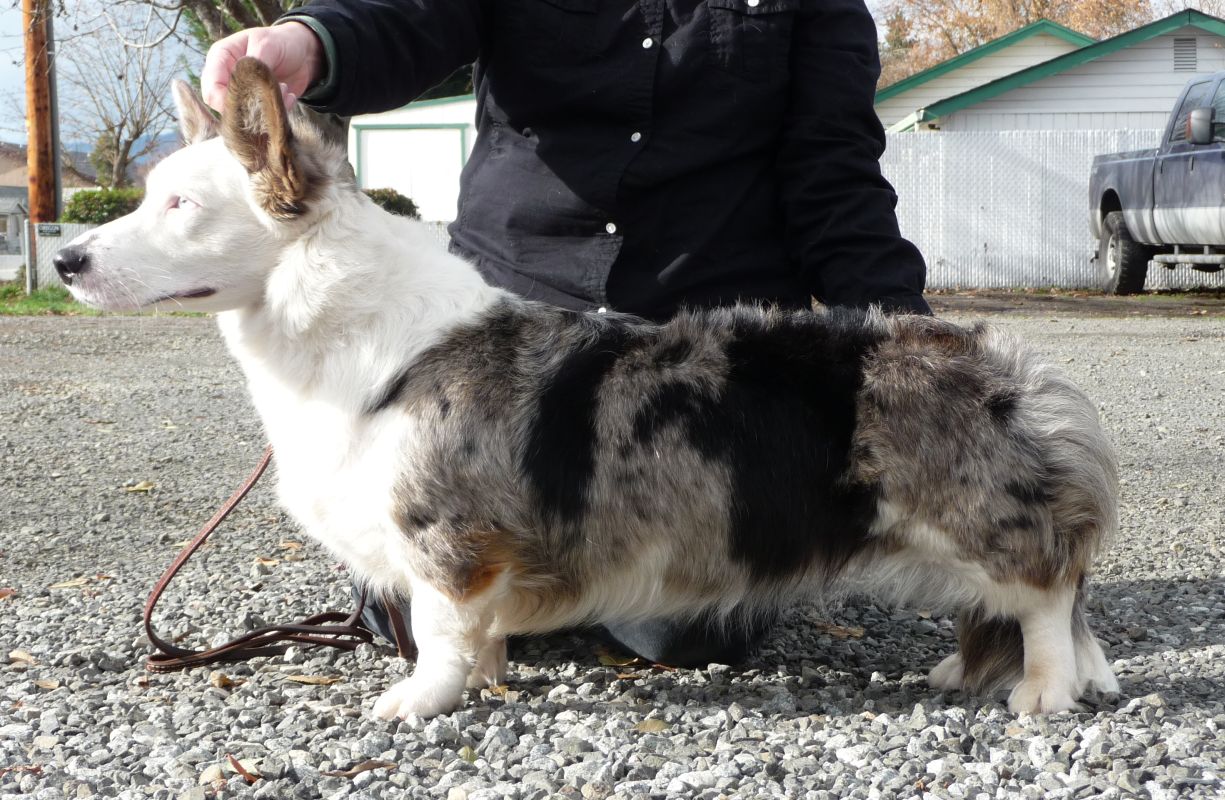 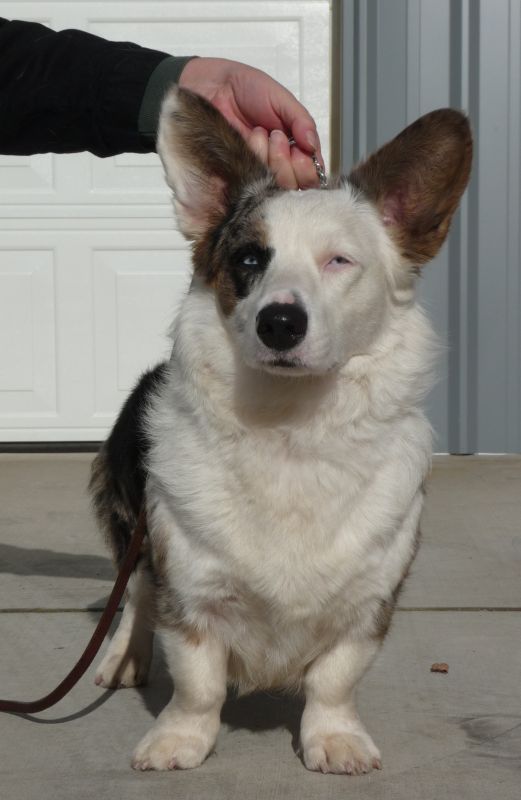 "You said that I didn't have to be a show dog." 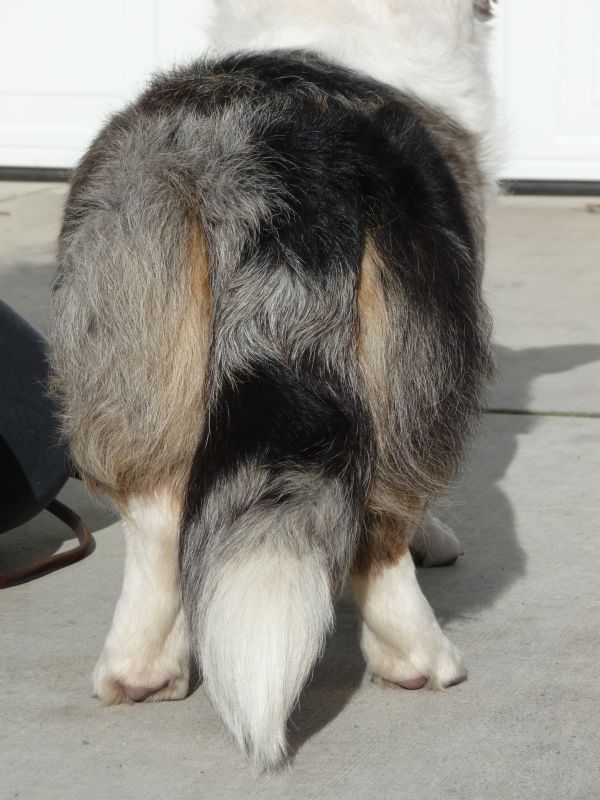 I find it somewhat amusing that Huxley produced half-masks (or more) when he has been bred to bitches with smaller amounts of white on the head and lovely markings when bred to half-mask Clem. Luck of the draw.

I’m pleased over-all with how Minnie has grown on, though I would almost have thought that she was Wally’s daughter rather than Huxley’s. She is very like her grandpa Carbon in type. Good tail, nice body (with a little extra plushness right now which will be worked on). Clean coming and going, but could use a longer upper arm for more sidegait.

I didn’t have her stacked perfectly, but she did better with me holding her collar and Missy on my camera than she did the other way around.

The report is that she is doing very well in Rally and will be starting on sheep soon.