The distances some people will go just to hug puppies. And I mean distances.

I know that Penni has been waiting to see some of the candid shots I took of the puppies Sunday night. So without further ado: 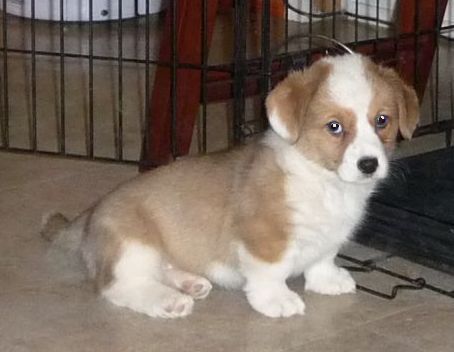 You will note that I captured more pictures of this puppy than of any other. It was a difficult choice between the two girls as far as conformation, but Nola is just so bad. Penni has to keep her. 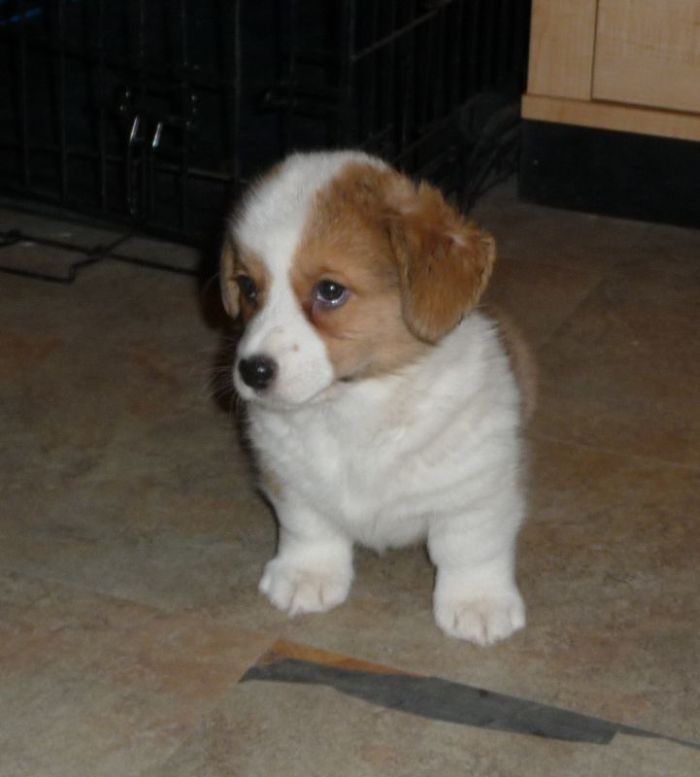 All of the puppies have wonderful round bone. 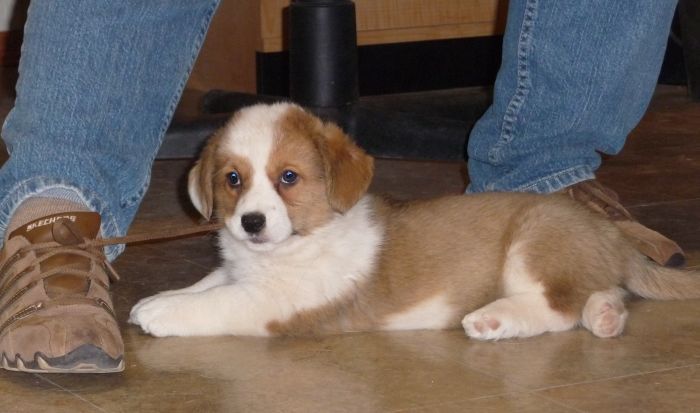 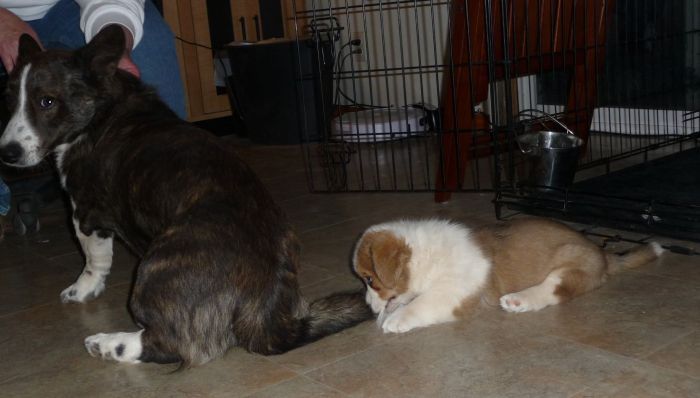 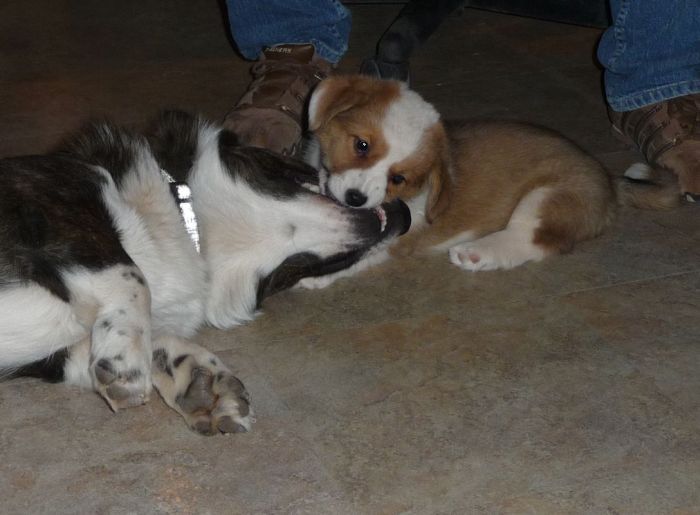 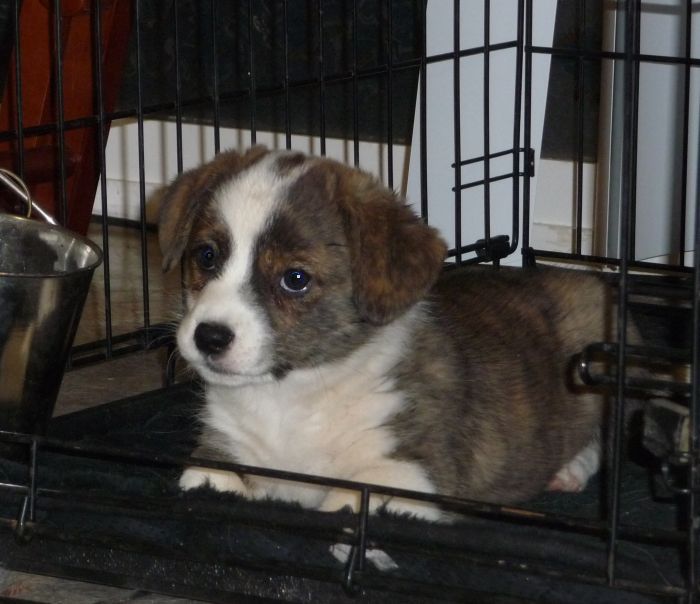 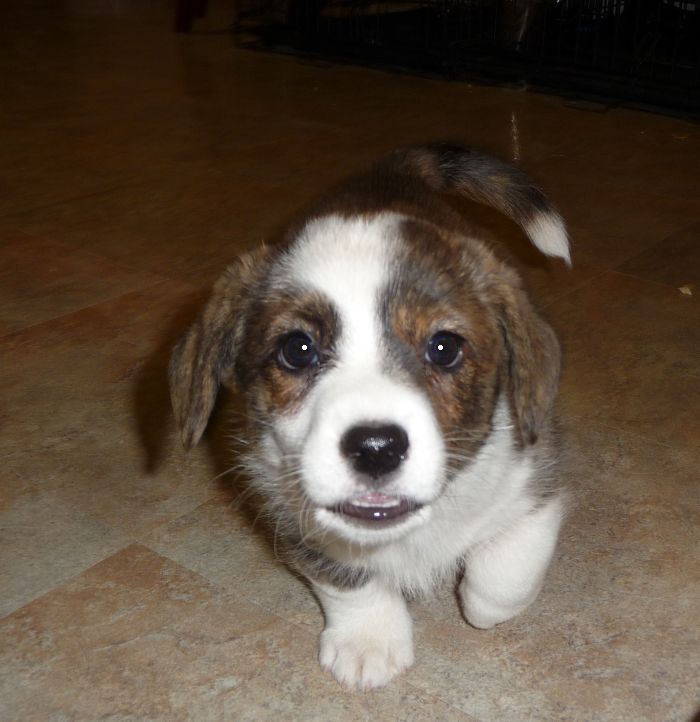 She has a mind of her own. 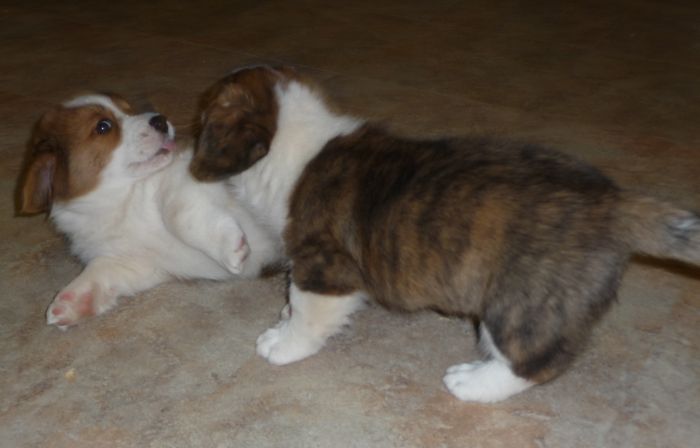 Holmes really likes the puppies. Interestingly, he treats the boys differently from the girls, chastising them more to keep them in line. Inca will play with the girls, but when the boys come out she puts herself in a crate for relief from their antics. 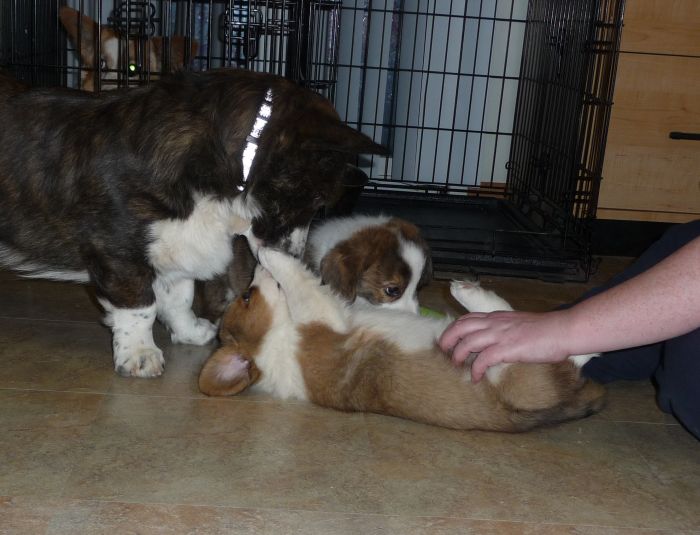 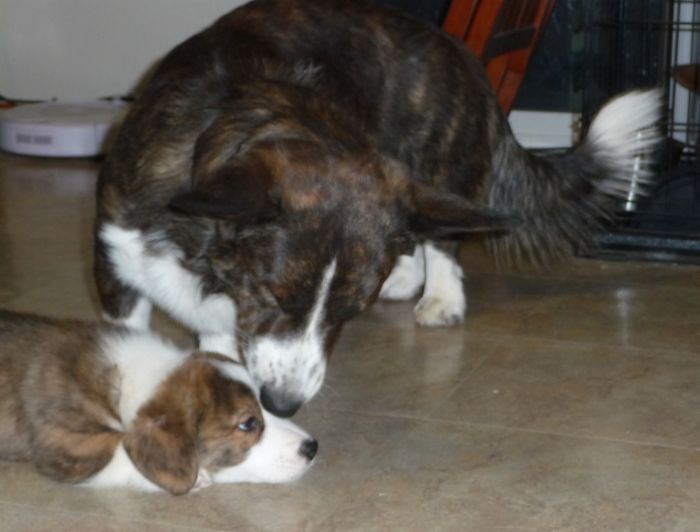 And a couple of pictures of just “the big dogs”: 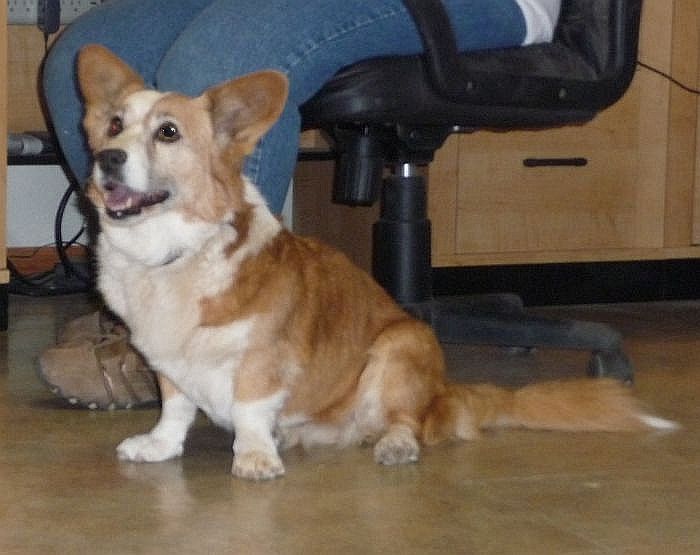 Mandy got in around 11 p.m. Friday night, so we had little time at Penni’s before bedtime. Inca was friendly when we got there, and played showdog and sit-up for treats in her cute way. Mandy came up with the bright idea that we should let Holmes and Inca sleep with us.

Sometime around 3 a.m. Inca woke up from a dream and realized who Mandy was and that she was one of her “old moms”. She awakened us by sitting on Mandy’s chest whining and whining in wild exultation. 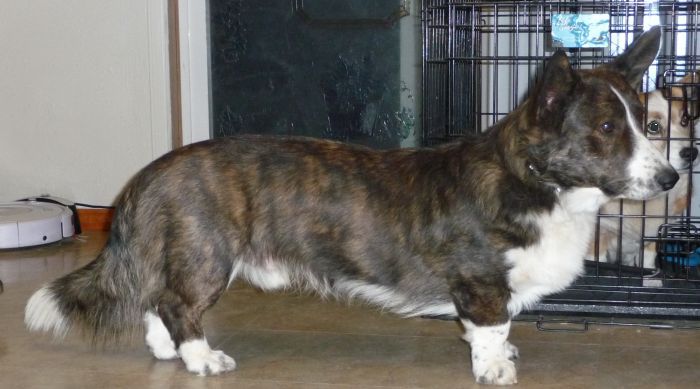 Holmes as a gangly teenager.

Holmes has a LOT of his mom Phoebe in him. He is a sweet clown, who loves to place his mouth – open – on you.  He is going to enjoy having a baby sister who he gets to keep.