Poor Molly.  We have decided that she will remain “The Virgin Princess” and so this was her last weekend in the conformation ring. 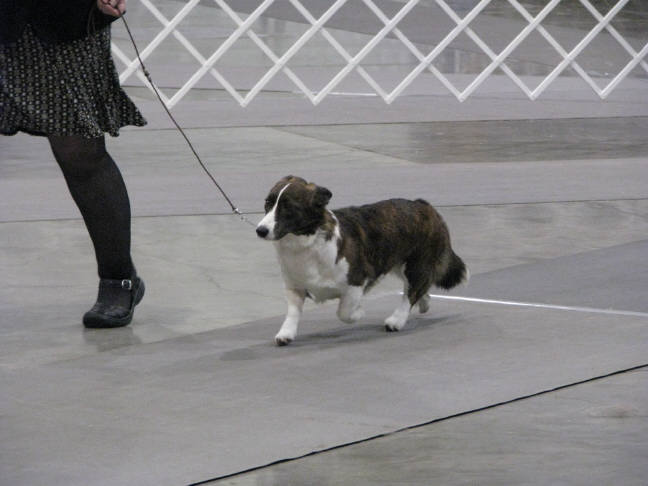 "How can you make me do this when I don't feel good?"

And then she spent Friday night and all day Saturday at the dog hospital.  We’re still not sure exactly why she got plugged up other than maybe too much bone and too little water.  Rehydration and several enemas took care of the problem, fortunately.  We are going back to always grinding the chicken rather than giving the dogs whole necks. 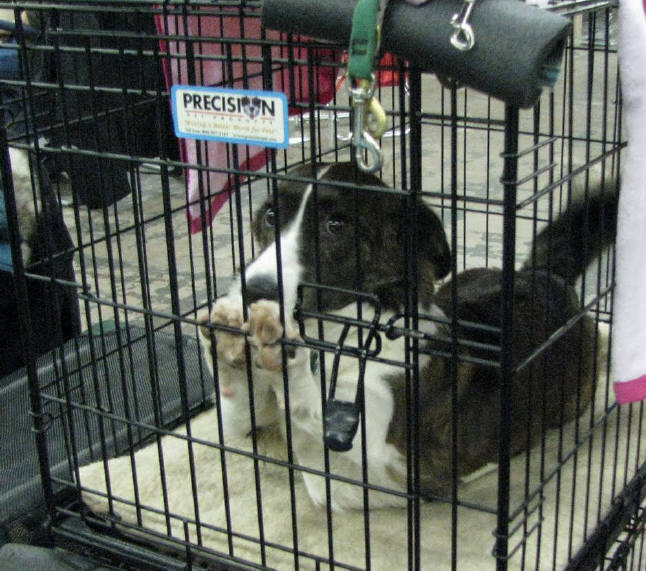 "My tummy hurt and I could have DIED!"

She didn’t show Sunday either, but did spend a lot of time asking to have her belly rubbed. 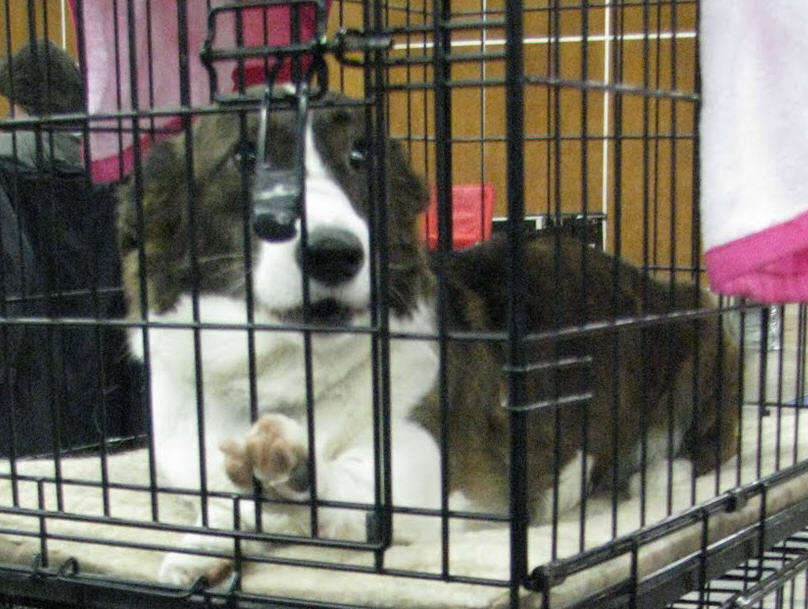 "You would miss me if I was gone."

Molly has had a tendency all of her adult life to be a little (ahem) rounder than I would like.  Recently she has been on a diet and is currently quite svelte.  When I took her to the dog hospital, she weighed in at . . . hold on . . . 22 lbs.   Somehow she has never looked that small to me.  No wonder she got fat when fed the same as her 30 lb mother.

I so belong in Portland rather than Medford.  When I went to pick Molly up on Saturday evening, there was another “Molly” in the hospital as well.  Her owner and I struck up a conversation.   Her Molly was a rescue who came pre-named; she wasn’t too keen on the name and called her dog “Molly Malone”.   I explained that my Molly’s registered name was “Free Speech” and that she was named after Molly Ivins.

In Medford, this usually generates a blank look.

In Portland, it begins an entire thread on how Molly Ivins was her hero too and do you remember the time she said . . .