Yes as those on FB would have already heard, Pilot ended the 4-day show weekend with a Group III last night. As Herding Group was last (again!) neither Mandy nor I could stay and watch. We were hopeful of the placement as the judge was Col. Purkhiser, who had awarded him the big breed win on Saturday.

Pilot made the cut in group on Thursday and on Saturday as well so overall that was an encouraging weekend considering the competition at this show.

I have a couple of pictures that I snapped while he was waiting his turn on Saturday night. 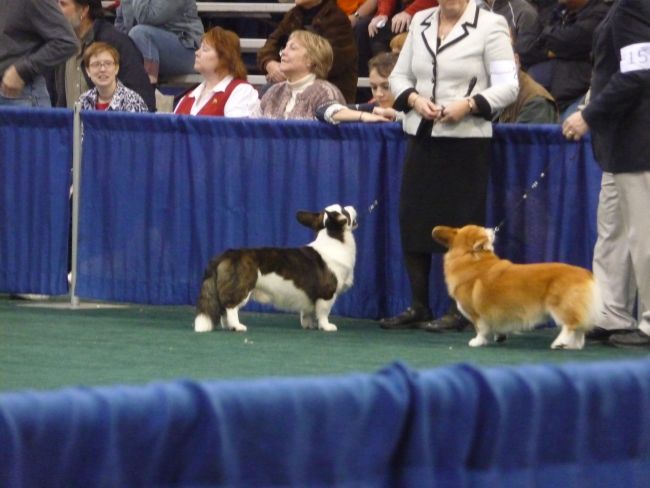 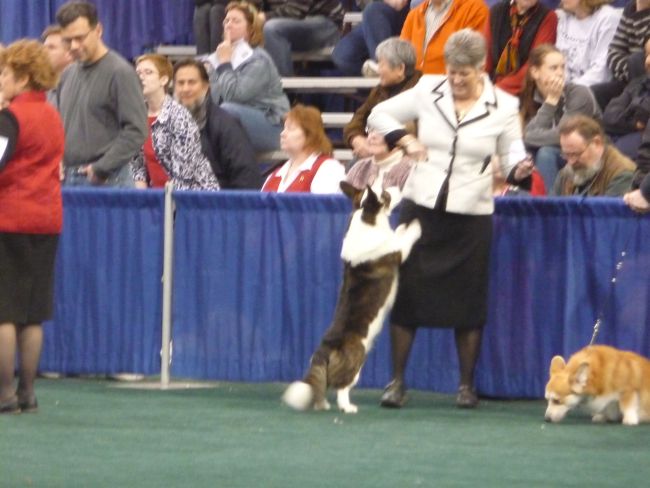 Our boy is so pretty. Ok, so I may be a little prejudiced.

I’ll be posting some more pictures from the show. Meanwhile, Jamie has a Picassa album set up with lots of pictures. Feel free to visit.