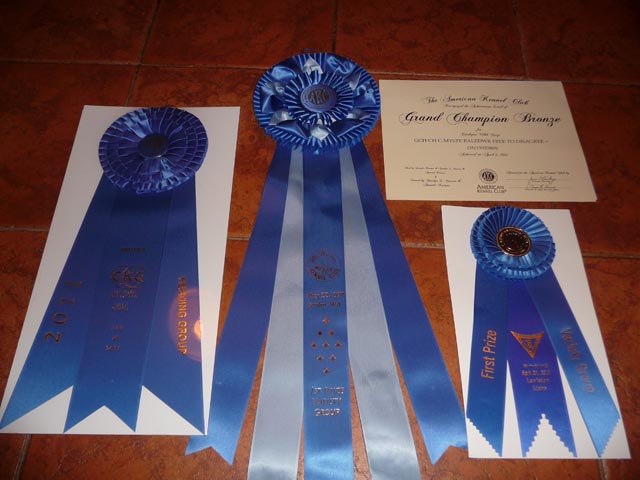 I have an admission to make:  I have lost track of how many group placements Pilot has earned.  I counted and there are 13 ribbons in this box I brought home from Dixie last night, and there are already a couple on the dog-room wall.

With Pilot we can count his number of Group One’s like we have our previous specials’ group placements.

A few pictures from yesterday afternoon/evening: 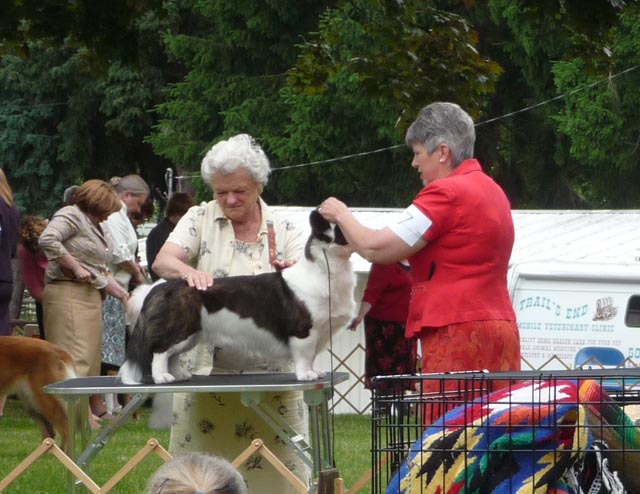 On the table in herding group 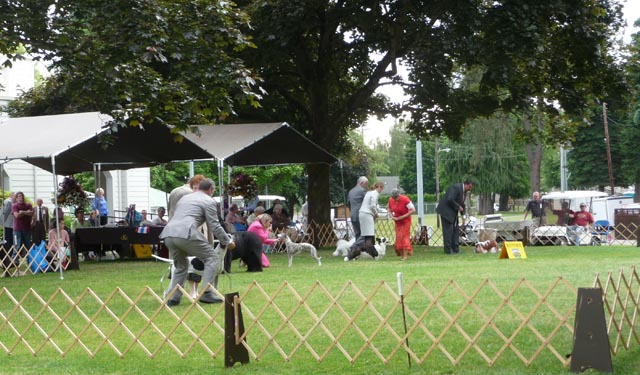 In the Best In Show ring 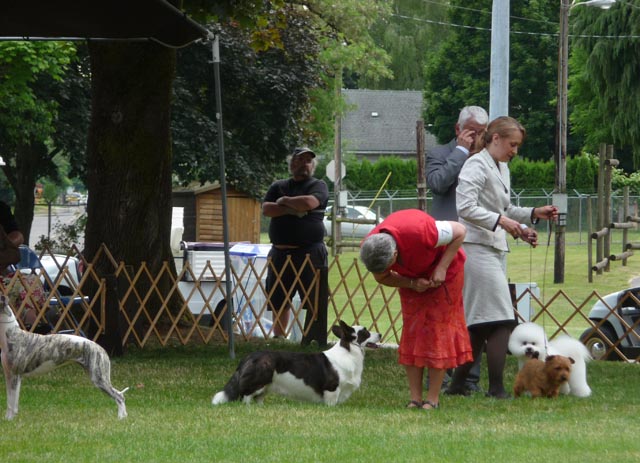 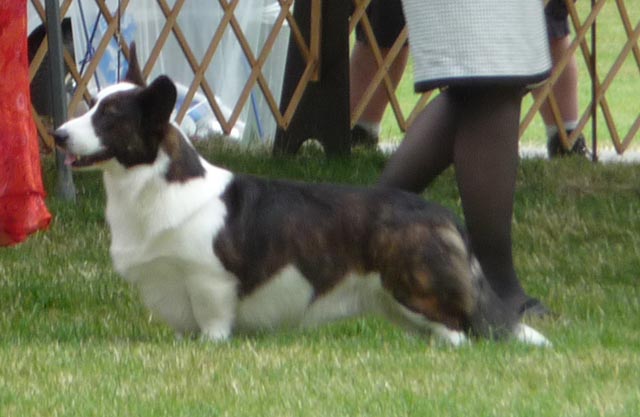 A little fuzzy but still a pretty picture

It was reported to Dixie and to me last night that someone made a remark “have you seen the pet that Dixie’s showing?”  Dixie’s response is “Yes, he’s a pet first.”  I don’t let it bother me.  I figure that it’s someone who doesn’t understand that Cardigans can have lots of flash and body white.  Perhaps it was a Pembroke person.  We originally knew that there would be people who couldn’t deal with the amount of white.   So far we have found only two judges who felt that way, and one has since changed her mind and awarded our boy a group placement.

In my eyes, Pilot was the prettiest dog in the entire show.   And you should feel his buff little body.  Dixie has him in tremendous shape!