Carolyn @ C-Myste.com
Nikki and her Bobs. They are 13 days old in this picture. Look how big they are! Guess she’s lucky that there aren’t more of them. 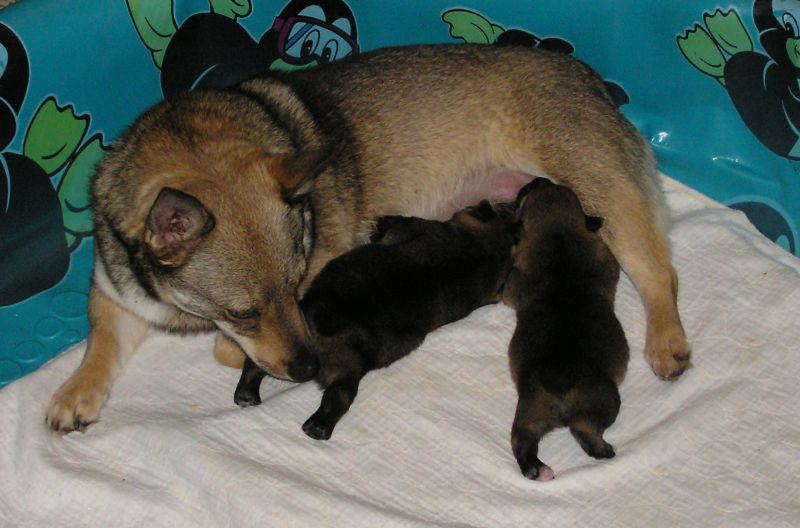 They are starting to look less like rats and more like puppies. Or bears or badgers or some kind of wild animal. Here’s Bob 1. 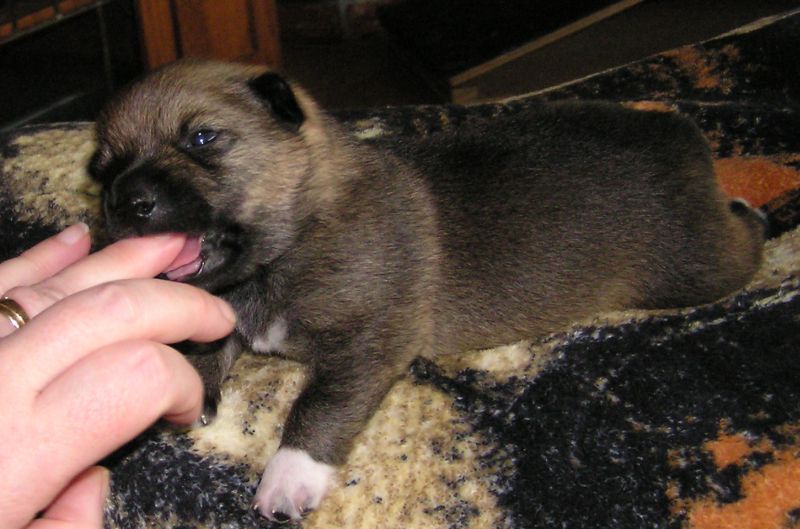 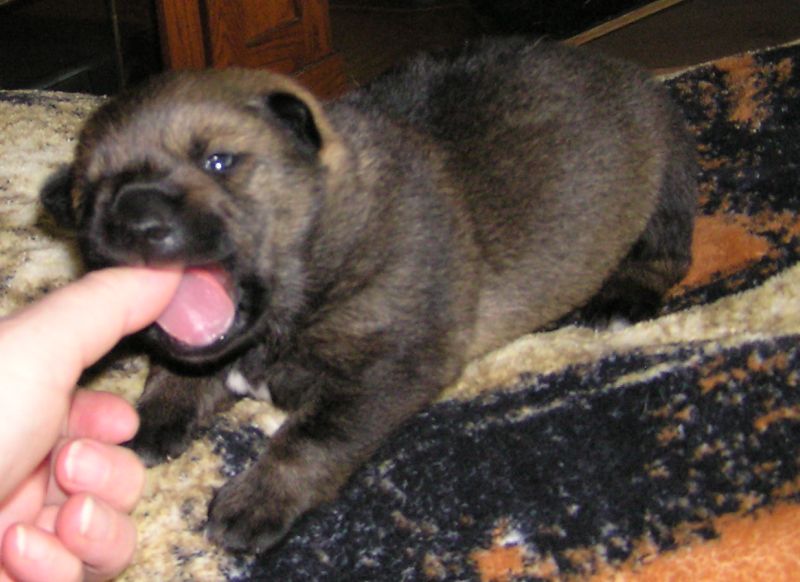 For those who haven’t heard, Inca’s brother Cenwyn suffered a back injury a couple of weeks ago. I think that it was the same day that grandma died. Now it’s 14 days past surgery and he is home. 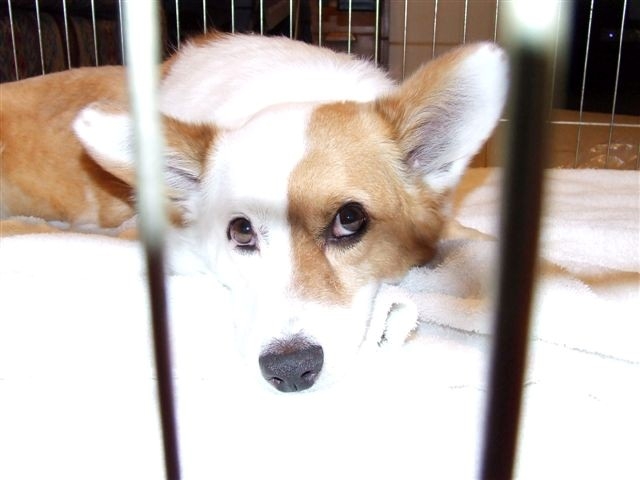 Here’s what Roni wrote today about his progress:

Brought Cenwyn home tonight. 14 Days after his surgery. He is walking a short distance without his sling and so is doing really good. He tires pretty fast and is only allowed a few minutes at a time but he is doing it on his own. He starts his Physical Therapy sessions tomorrow even though the surgeon says he thinks he’s going to do fine without them. He needs to be watched during the day anyway so we signed him up for day stays while we are working. He comes home at night goes with me each morning. He’s quite the little trooper. 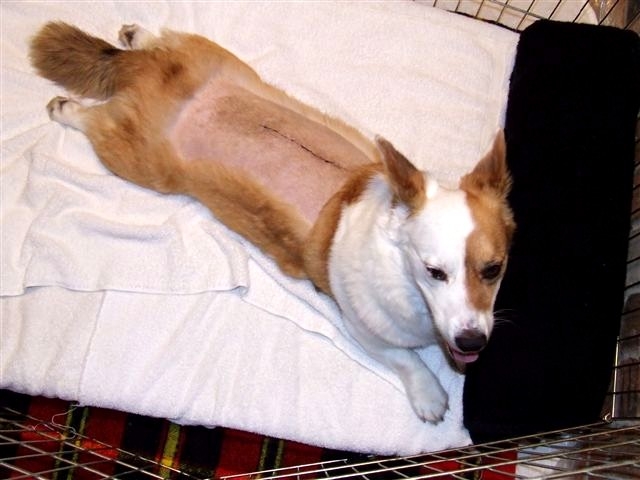 Look at that scar. 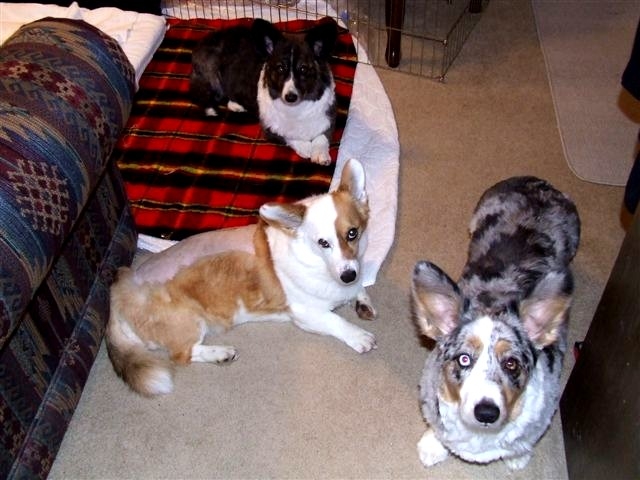 Here’s Cenwyn at home with his sisters Sadie (the dark brindle, Kimi-Willow’s litter sister) and Allis (Wally and Go-Go-‘s litter sister). Yes, his blue “sister” does dwarf him.