. . . it’s still sad. Our hearts go out to Noelle this week as she let Music (C-Myste Chaps Heart and Soul) go. Music had been battling IVDD for some time (chronic, not acute). She would have been 12 on the 23rd of this month.

Music and Elvis visited Dick’s for Elvis’s ninth birthday last month. Elvis ate his burger faster than the camera could capture it.

This was Music on one of her better days in April after Noelle first asked how to know when it is “time”. I counseled “when she has more bad days than good days”. I also told her that I’ve never heard someone say they let a dog go too early but I have that they have let them go too late. I let Mu’s mother Julie go too late.

Years later I can now remember Julie as a middle-aged happy dog. The other day when I was pulling in to the driveway I was thinking about the way Julie and Kacy would greet my arrival and picturing them in my mind. Of course I have a new pack now who greets me with even more enthusiasm (or wild abandon). But I’m happy that I can remember my first old girls with sweet sadness rather than pain. 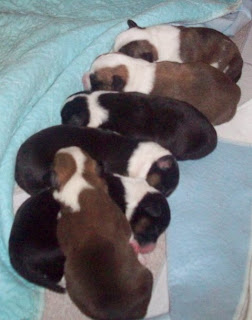 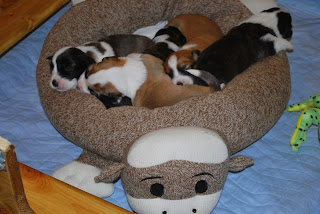