And this year’s victim:

I had Mari bait her with a piece of apple so that you could see her cute outfit. Molly is modeling a bathing suit with a “Summer Surf” pink t-shirt.

Oh, the indignity of it!

Beckie wore a medieval/renaissance dress but asked me not to get her in the picture.

Mari did not dress up. She muttered something about children and expensive costumes.

And me? I wore hiking boots, jeans with a torn knee, an Alaska t-shirt and plaid flannel shirt, a back pack, and did my hair in two braids. In other words, I dressed as my 1980-something-software-engineer-younger self.

. . . of special kids.
Pilot, Chase, Libby, Molly and many more are four today. 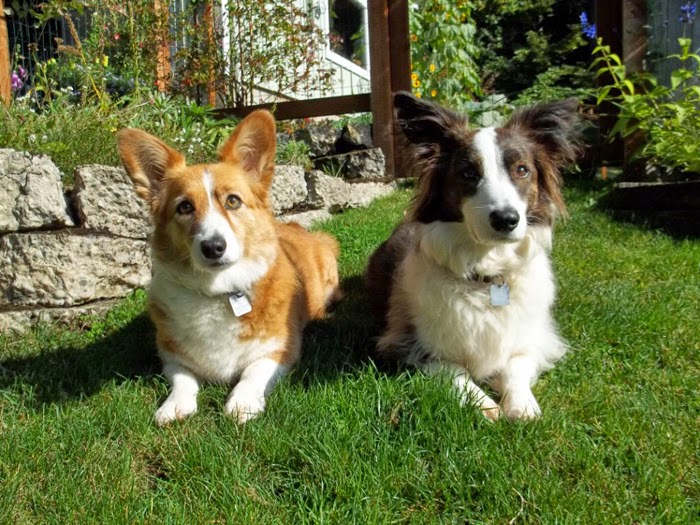 Molly is, of course, on a camping trip for her birthday. Last night/this morning we were at Clear Lake State Park. Normally when we go down we stay at Tom’s mom’s, but we were unsure about getting the motorhome up the driveway and concerned about tall dry grass in the pasture. Also the park was conveniently close to the wedding venue. 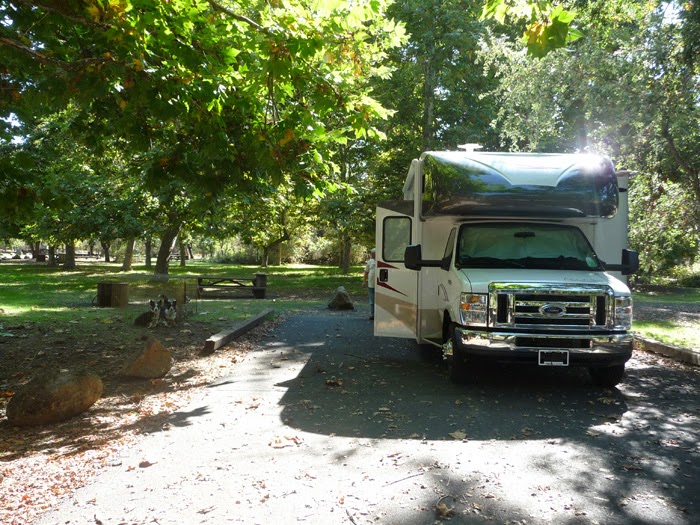 Pretty and shady, early fall in Lake County.
“Why are we in jail?”

Because we were putting on appropriate wedding attire and didn’t need you underfoot.

We didn’t get back to camp until after dark, at which time there was a small SNAFU power-wise. California state parks, unlike the more civilized Oregon model, do not have power at the sites. We had things to do which require power. Never fear, thought we, as we now have a generator! Which ran for all of about 2 minutes before making a clanking sound and quitting. And which would only make the funny sound and not restart.

But this is why we are doing a short shake-down cruise, right?

We were able to use the power inverter to log on to our computers briefly this morning, though we didn’t get coffee (whimper). We decided early that Molly needed to camp at the beach for the rest of her birthday trip, and that we needed to be at an Oregon state park with power. So we headed up 101 today. 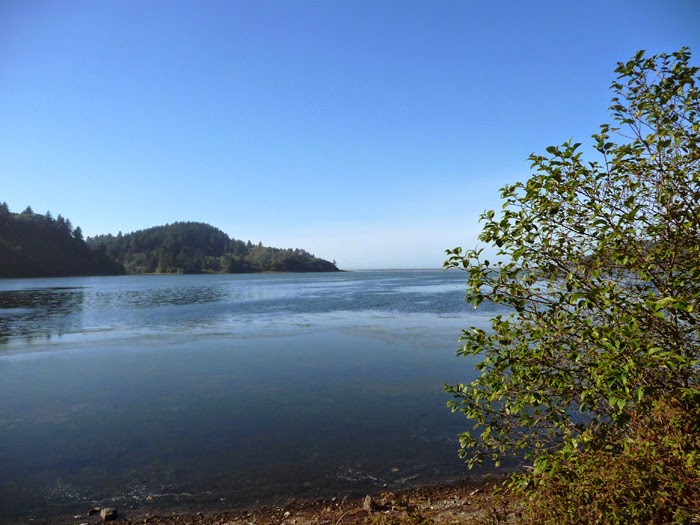 A beautiful spot for a “potty break” for the dogs.
October on the coast can be beautiful. Today was sunny and warmer than our trip in July. 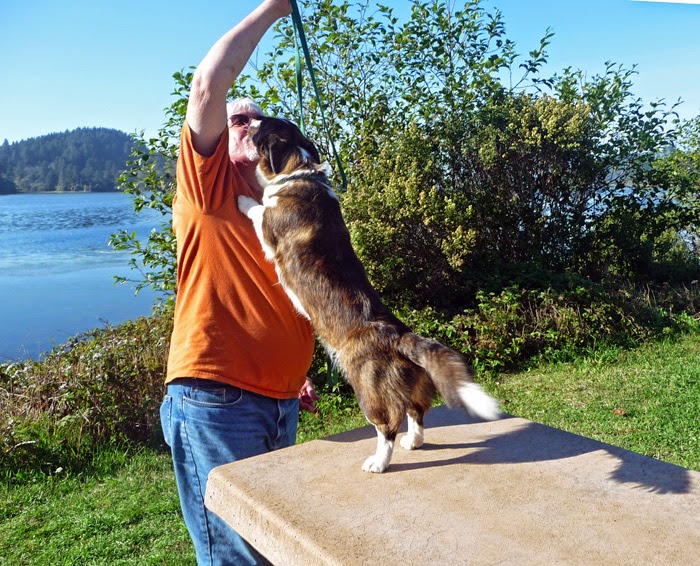 “How about a birthday kiss?”

Tonight we are camping at Harris Beach State Park, which has some special memories for us. It was here in 1976 that Mandy took her first steps. And it was here in 2005 that we first heard that Alice was looking for a new home. She came to live with us a month later.

Pilot is a Silver Grand Champion who has won the herding group 5 times. Chase is a Champion with countless performance titles as well. Molly may only be a half-a-champion (8 points, 1 major) but she is BPE (Best Pet Ever).