The first weekend of April has again rolled around and it is the date for the annual SOKC tracking test. Time to train a dog has been in short supply for the last 13 years or so, but I enjoy volunteering to lay TDX tracks each year.

The day before the test, the judges (there are two) plot each track and the tracklayer goes along with them to place flags and to make a map of her own. Then the tracklayer re-walks the track making a better map because without fail that the first map runs off the paper. It doesn’t matter where you start your map: the track will always go off the paper. The morning of the test the tracklayer walks the track for a third time, picking up the corner flags and article flags, and dropping the previously ordained article at each designated spot. Three hours later, the track is run by the dog/handler pair, followed by the judges and the tracklayer. If the dog is “whistled off”, i.e. fails, then the tracklayer will take the handler and dog around the remainder of the track and hopefully find all of the previously dropped articles.

This year for an experiment I tried snapping some pictures along the track with my cell phone. We’ll see how they turn out. I enlarged them slightly for viewing, so they are not as sharp as the originals but easier to see. 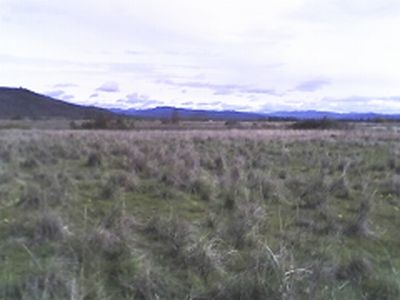 Don’t worry, I won’t give away the track. The pictures aren’t that good. 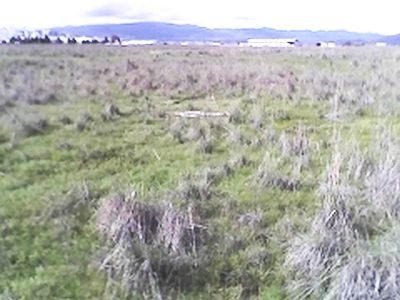 The Denman Wildlife refuge is one of the few places in the Rogue Valley where native bunch grass prevails. There are also many vernal pools where endangered fairy shrimp and some unique plants exist. 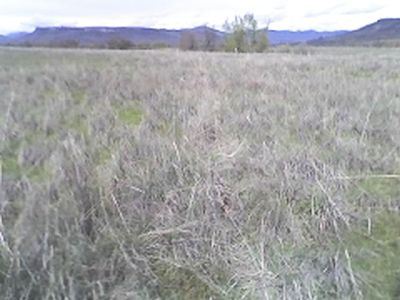 Denman lies between the industrial area of White City and the Rogue River. From this vantage point, the river is between where I am standing and the Table Rocks in the background. At the clump of trees closer there are a series of small ponds. 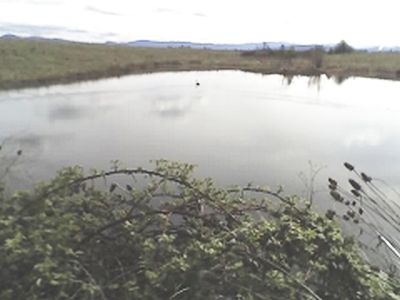 Above: a Canada goose on one of the ponds. 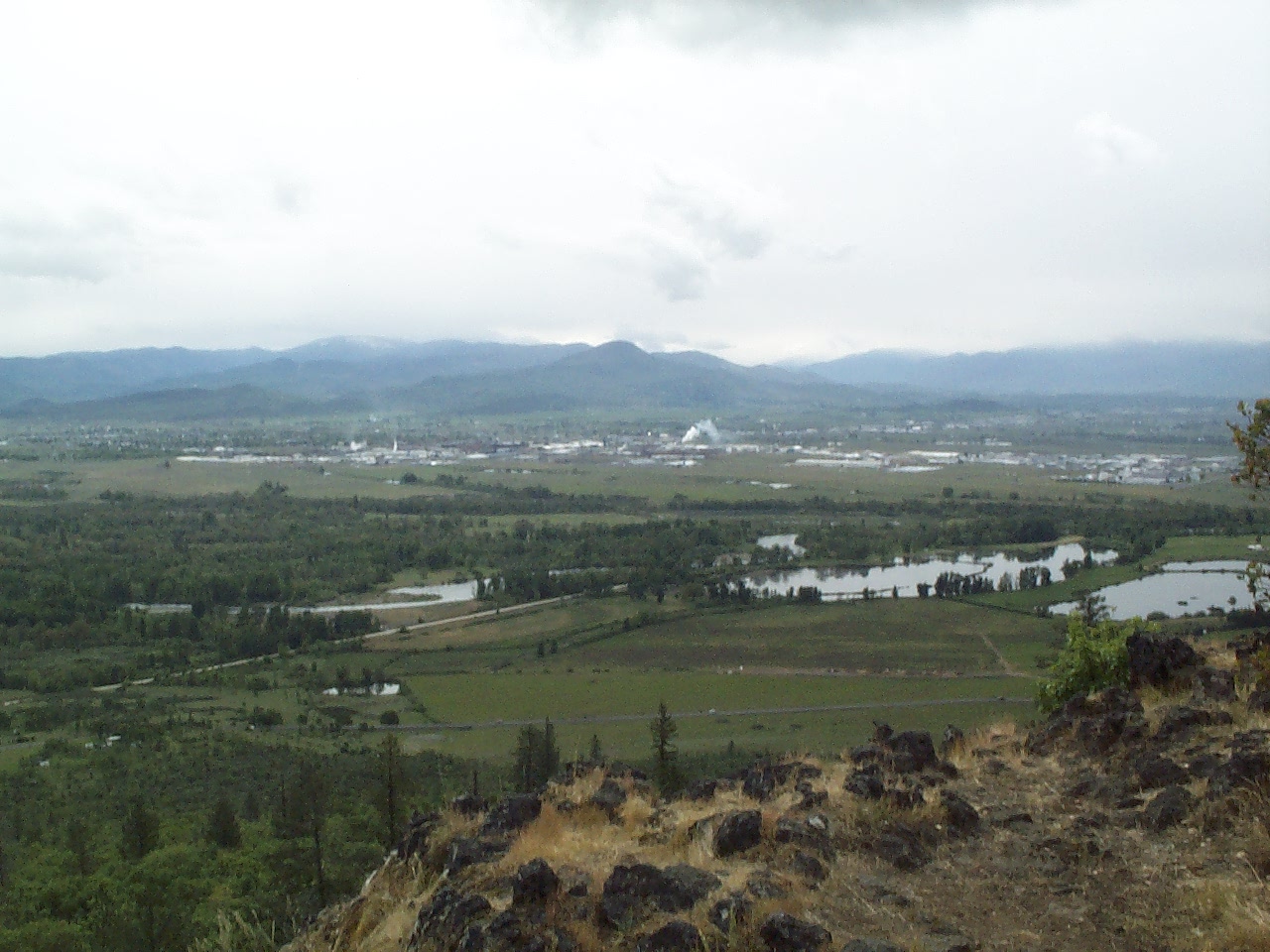 This is a picture I made a couple of Aprils ago looking down on the river and the wildlife area from the top of Upper Table Rock. White City is the developed area in the background.

We never know what the weather will be like from one year to the next. Some years it has been sunny and in the 90’s. Other years it has snowed. I would say that this year is just about perfect for tracking: highs in the 60’s with overcast and a chance of rain.

It is rather disturbing for this early in the season that most of the vernal pools are already dry. It does not bode well for the summer ahead.