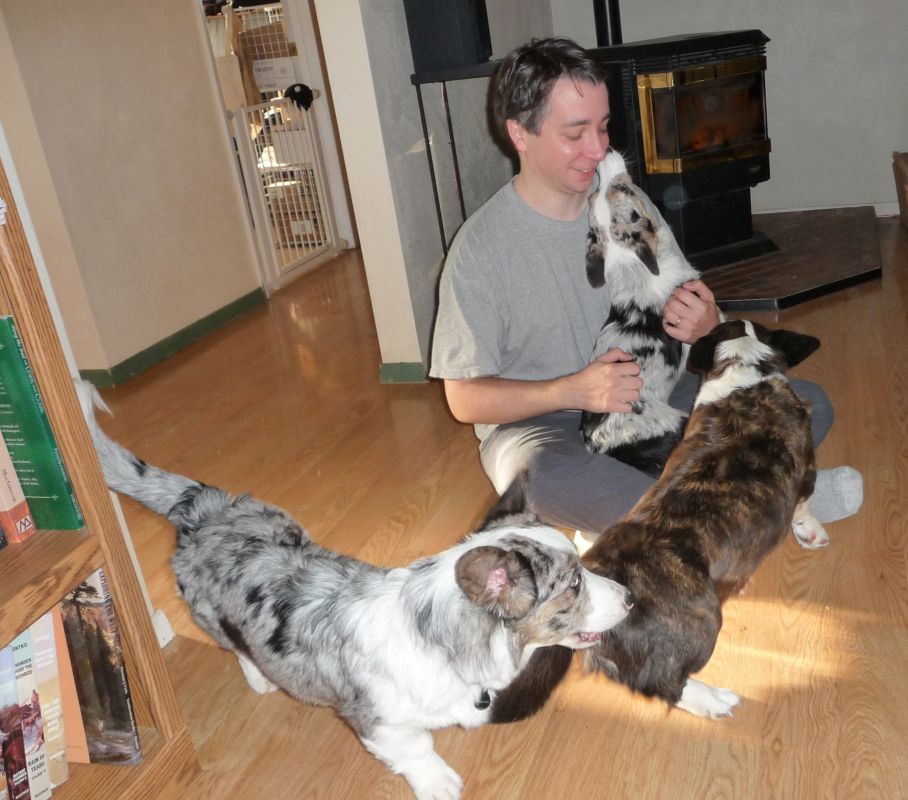 Kady is thankful for Jamie 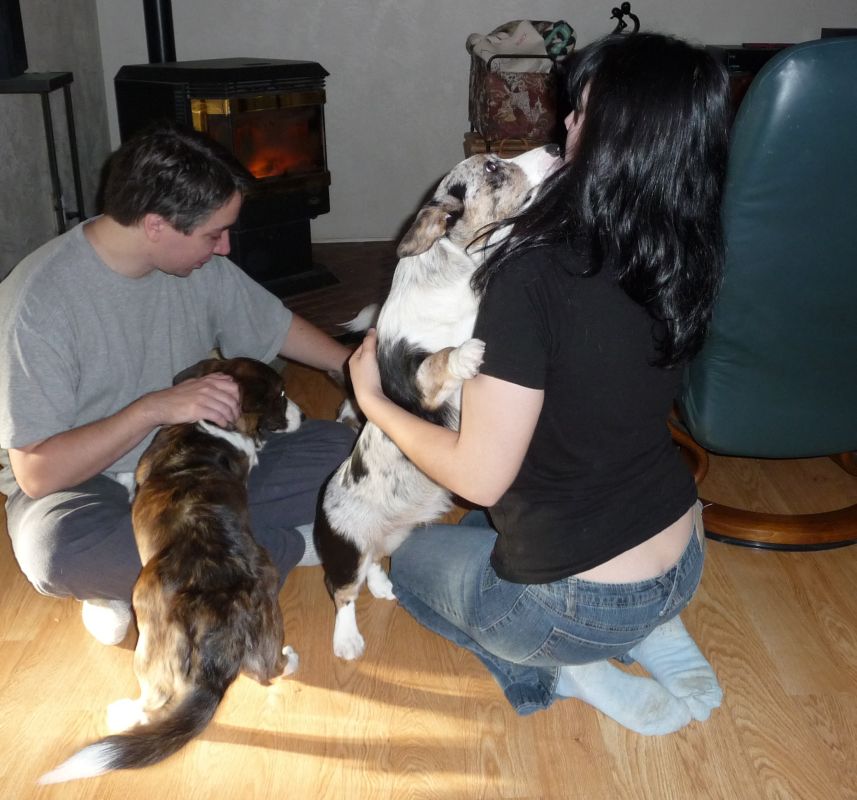 Kady is thankful for Catherine 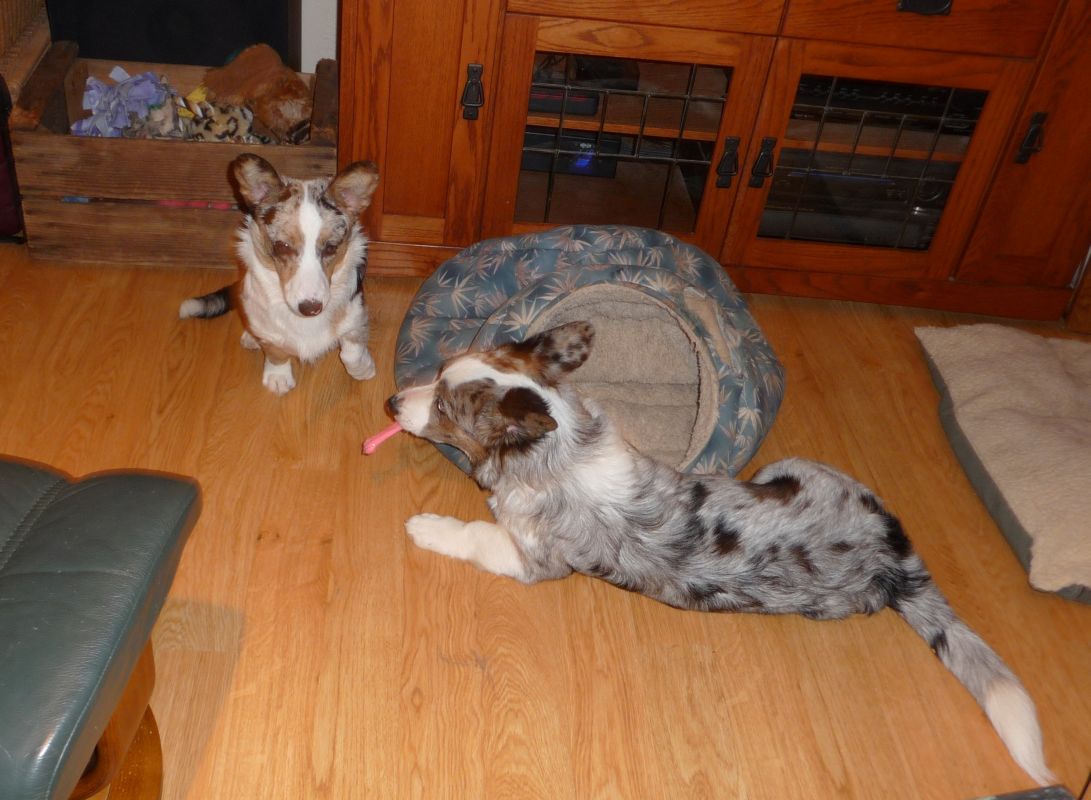 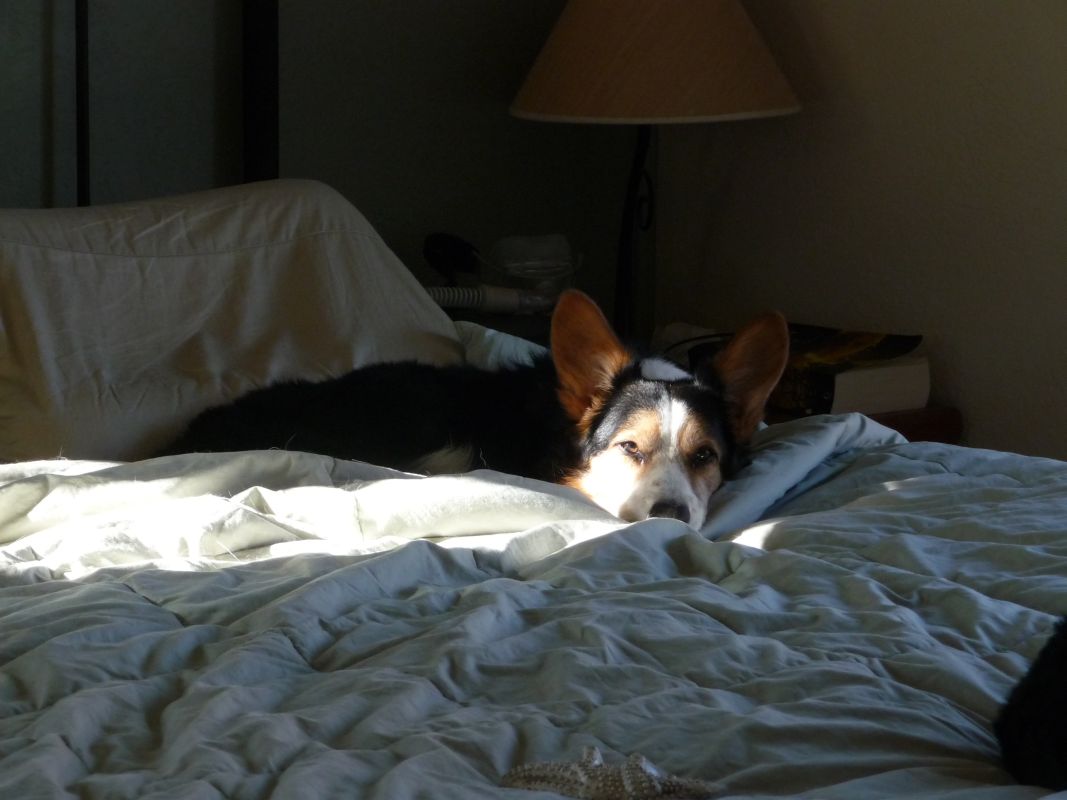 Phoebe is thankful to be back in our bed 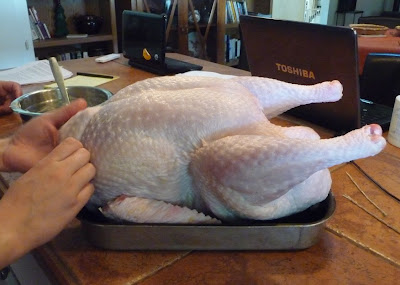 We are thankful for this year's turkey

This was a pasture-raised turkey from Rogue Valley Brambles. It was still walking around on Monday morning. Yes, there is a difference. 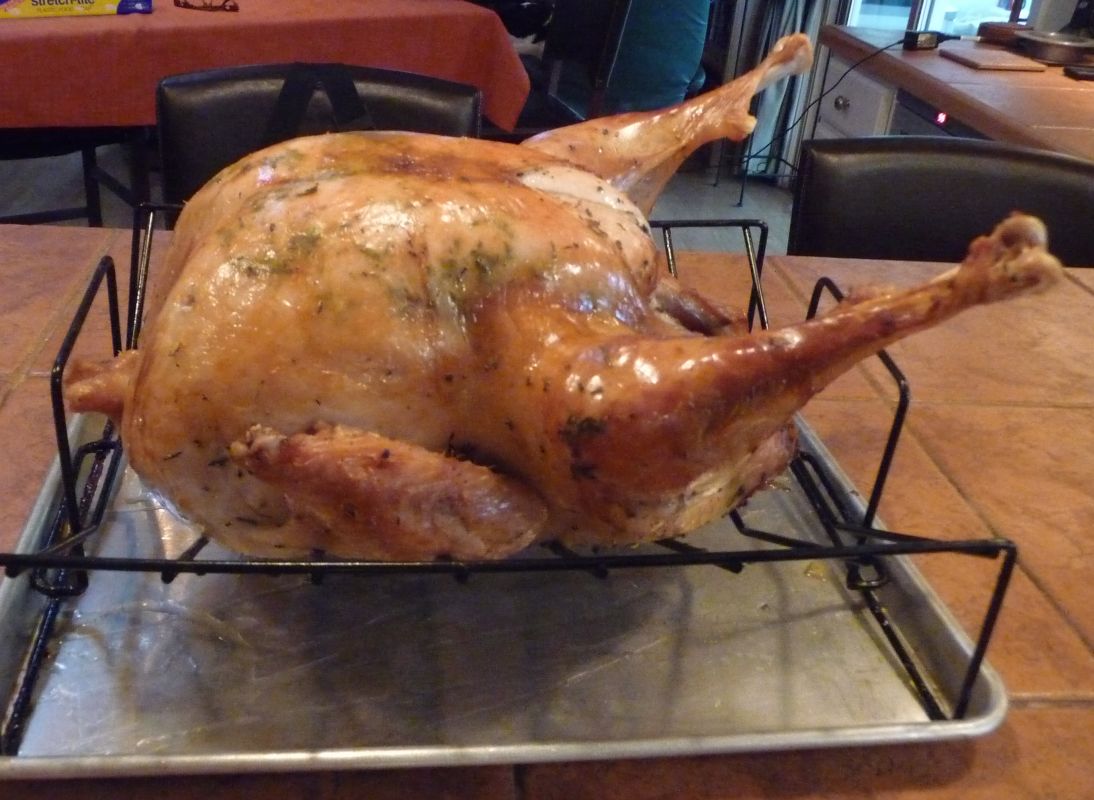 Thankful for husbands who can cook 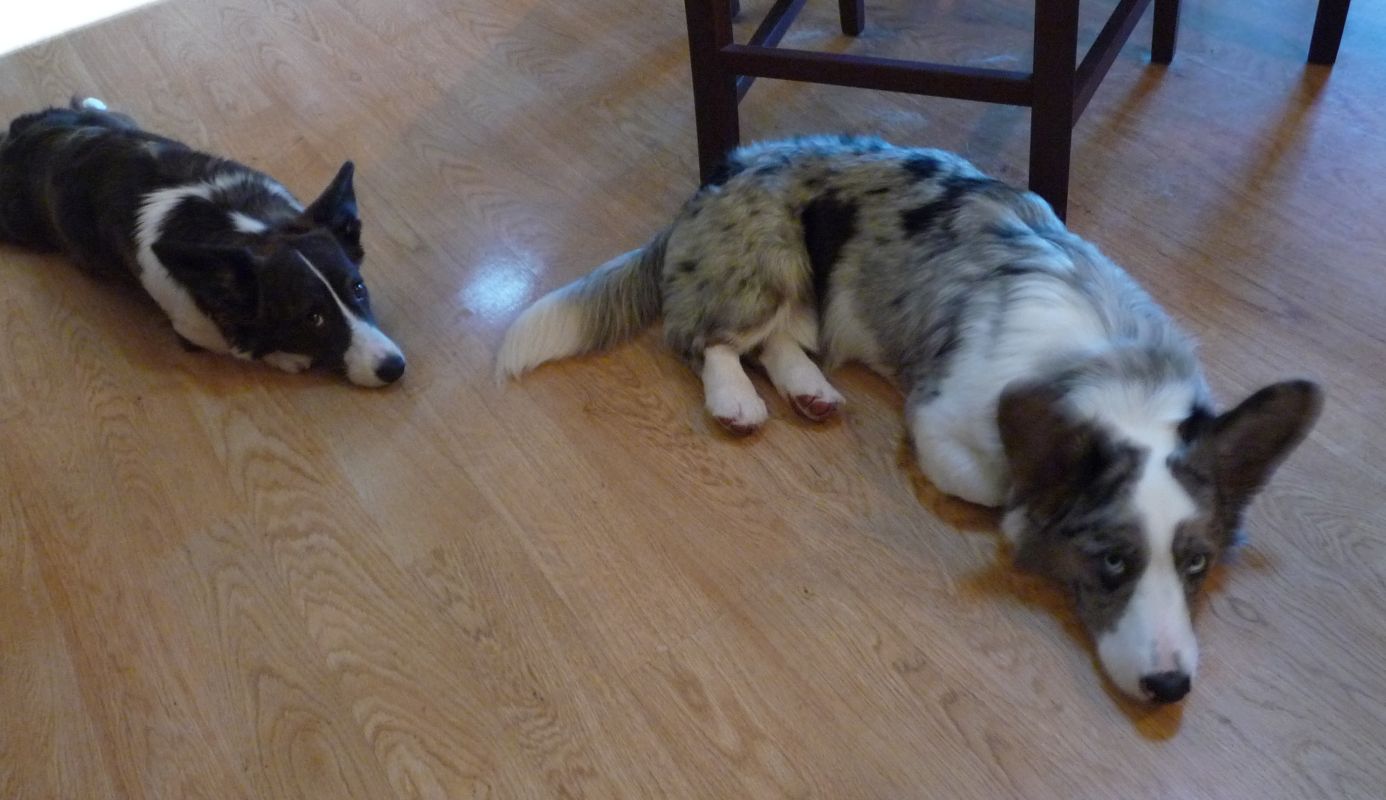 Ohhh, too much turkey. 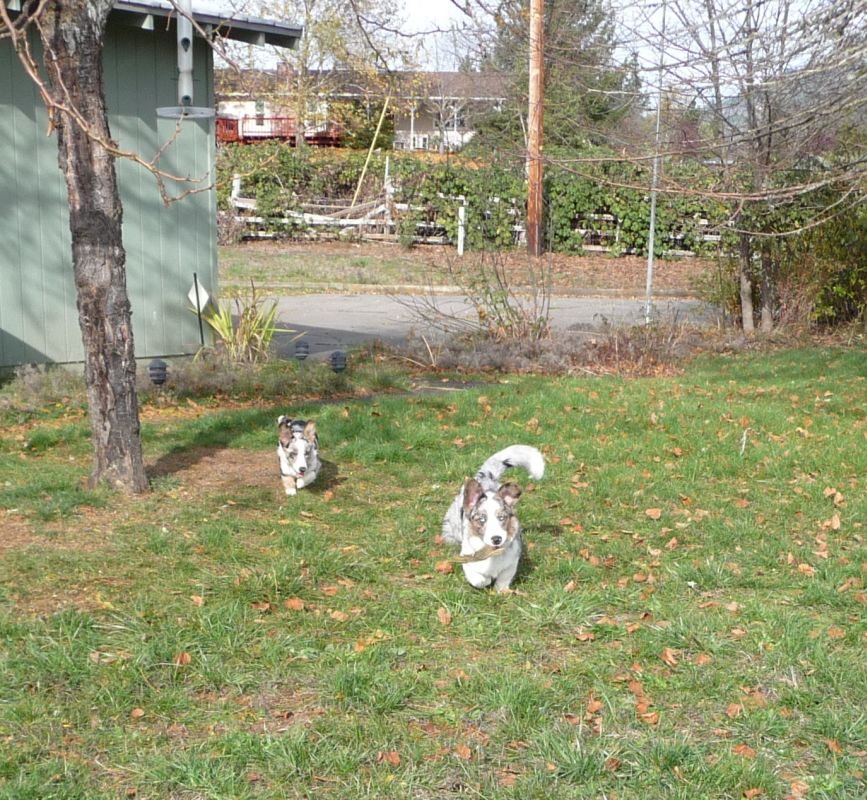 Both of the blue puppies fetch 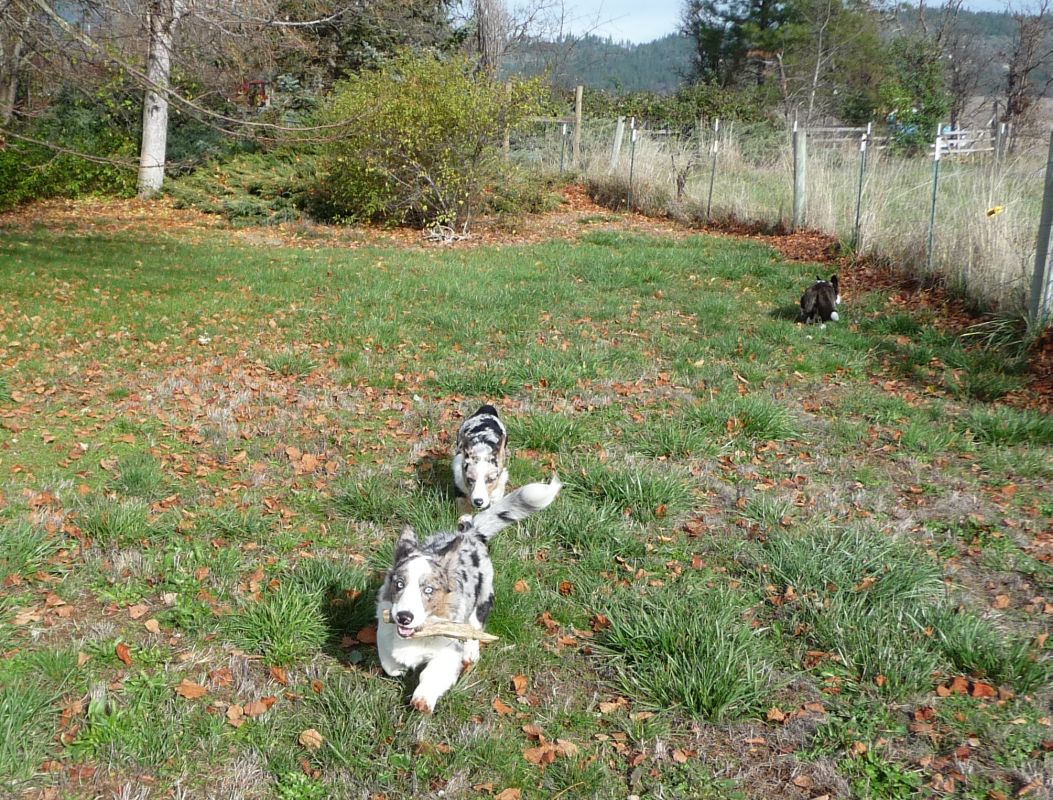 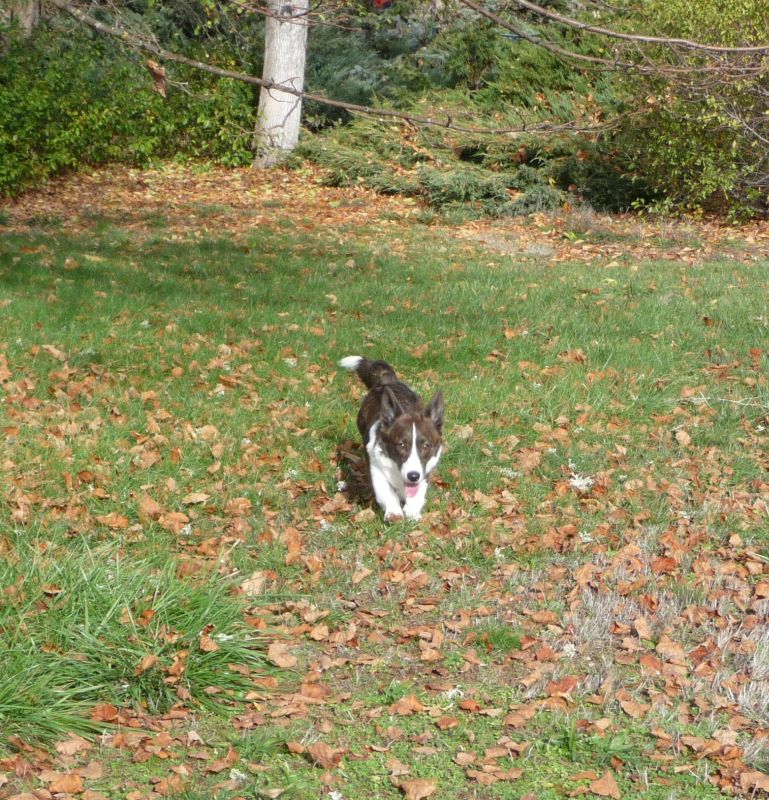 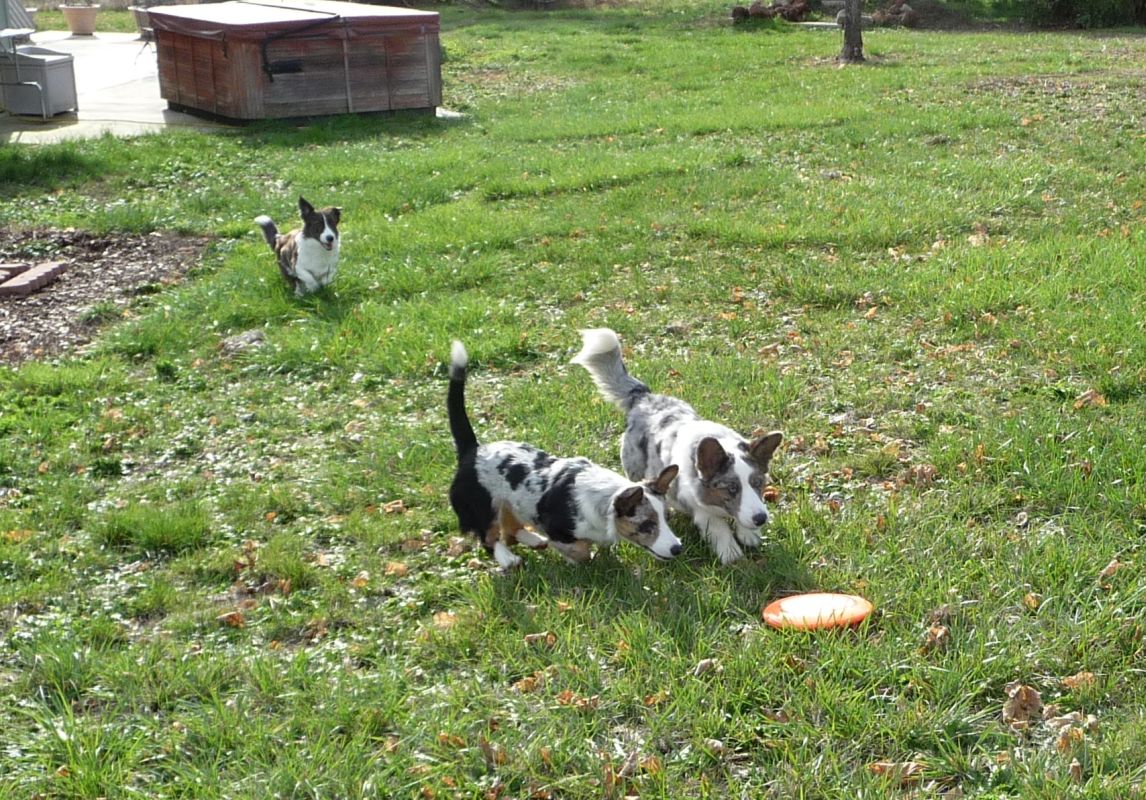 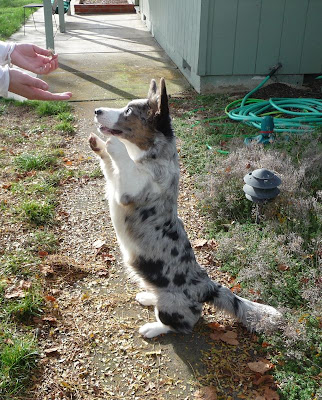 Remind you of anyone?

Hiro sits up like Wally, but he also reminds me of a less-fluffy Skye with a better front. I’ll try to get some stacked pictures tomorrow. I’m really pleased with how he is looking.

– and through the snow – To the dog show we did go.

It was a pretty good weekend all around for the family. Out in Kentucky Chase earned his PT (Herding Pre-Trial title) which also gave him his VC (Versitility Champion). And that also gave Alice the last point she needed for her ROM-silver.

Up in Washington at the Whidbey Island shows, Chase’s son and daughter out of Magic both were reserve winners on Saturday. There was a good-sized major in the bitches. Chase’s litter brother, our boy Pilot, was Best of Breed both days for 10 more Grand Champion points and over 40 breed points (dogs defeated).

And here in Oregon sister Molly was Winners Bitch and Best Opposite Thursday and Sunday, reserve Friday and Saturday. Niece Gretta was reserve on Sunday, and nephew Captain was Select both Saturday and Sunday.

We had a nice time visiting with Trenton and Denise Saturday afternoon, including lunch at The Black Sheep in Ashland and wine tasting at a few local places including our friendly neighborhood winery, Folin Cellars. We had quite a bit of time even though the show was in Roseburg  an hour-and-a-half away  due to the 8 a.m. ringtime.   Which meant leaving at 5:45 and driving in the dark through snow all the way from Grants Pass to Canyonville.

Somehow I didn’t take any pictures all weekend. I know, I know.  To make up for it, here’s a picture Dixie took this morning at her house of Pilot playing in the snow.  Yes, doesn’t he look like a Grand Champion? 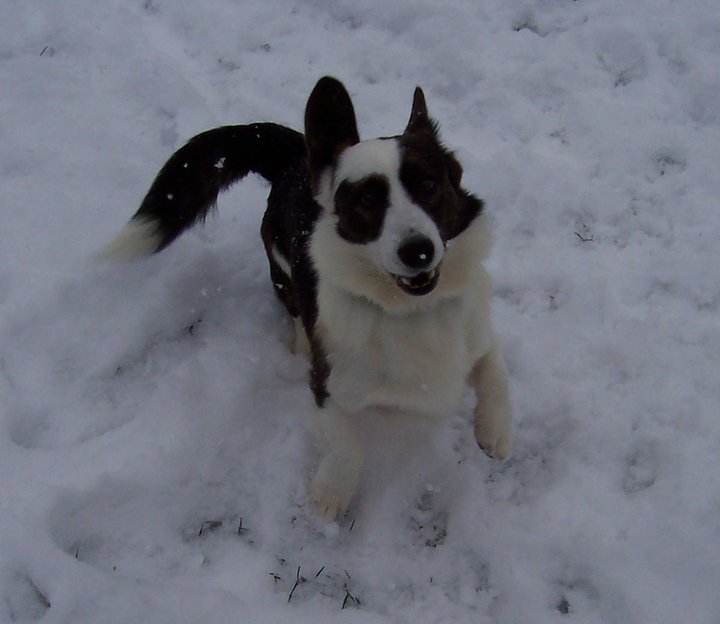 The forecast here for the rest of the week:

I think it may be about time to dress the website in winter colors.