I love tracking, truly I do.  Or I will once I have more time to train.  This season did not go so well.  Meantime I love laying TDX tracks, truly I do.

But this weekend made knitting look like a much more sane, enjoyable hobby.

We had lovely spring weather a couple of weeks ago.  The pear trees started blooming on March 19th.  But you just never know what’s going to happen more than a couple of days ahead.  And for today’s weather:

Fortunately it held off for a while.  It was cold (below freezing) for the two TD’s which ran starting at  8 a.m., but the winds were calm with no precipitation.  Both passed (you can see pictures I have posted at sokc.org).  The winds started to pick up and by the time I laid my TDX track it was absolutely howling.  And still cold.  In spite of the conditions, one of the two VST”s passed!  For those who don’t know: this is one really big accomplishment.

My TDX track just before walking it at 9:30 a.m.  It looks flat from this view, but looks are deceiving.

Unfortunately none of the TDX’s passed, but it was a wonder there was any scent left on the tracks at all.  The dog who drew my track came very close and his owner should be both proud and encouraged.

Here’s a map of the track.  The start is the flag on the right, then end is the glove on the left.  The dog made it all of the way through to where the red line is.  Down in a gully, he should have gone up the rise and around the other side of the thicket of bushes but instead went on the near side and then got distracted.  He ignored the cross tracks, and found the first two articles, but lost the scent down in the draw.

A TDX entrant on the track.  That’s a Flat coat, not a small dog.

This poor Canada gosling was separated from his family and was vocally upset about it.  We left him alone and a little while later he was gone so we are hoping his parents came back for him.

Some people hunt for Easter eggs.  We hunt for socks and gloves.

Congratulations to Penni and Kip on their TD today! I can’t wait to hear the full report.

Meanwhile, we worked at home (in the cold wet Oregon weather) with our own tracking-dogs-in-training. 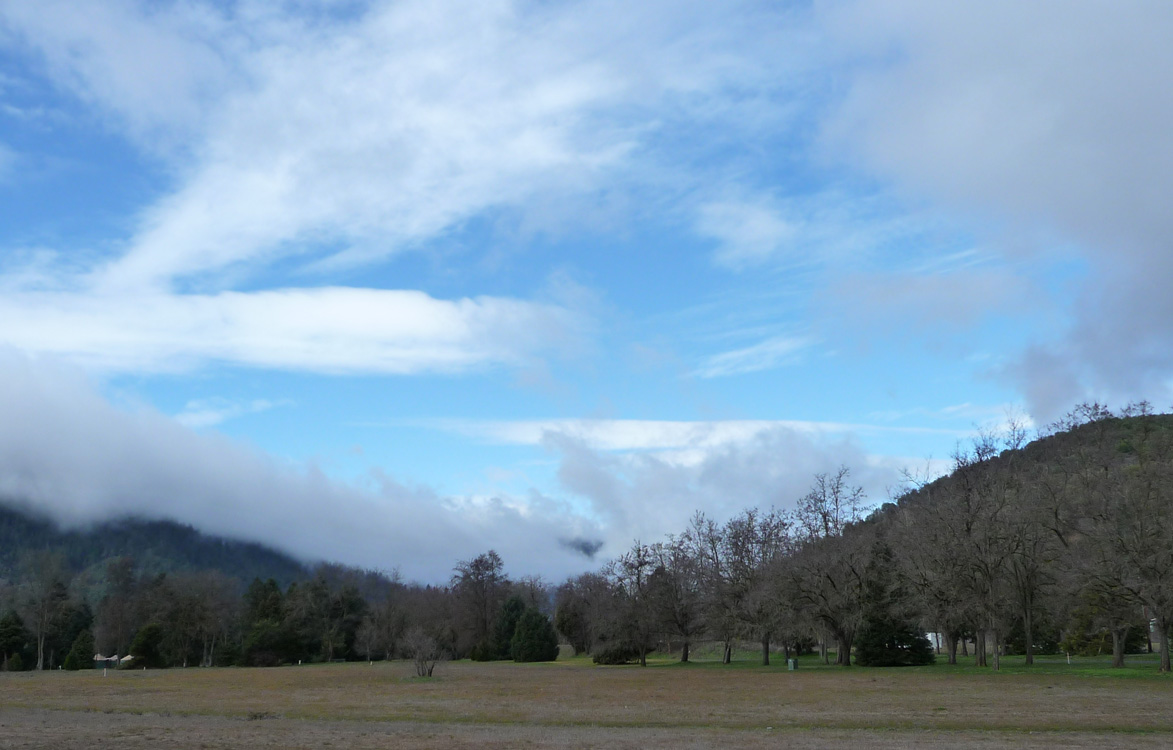 Open area at Valley of the Rogue Park. A good place to lay tracks if you like varied cover and lots of distractions. 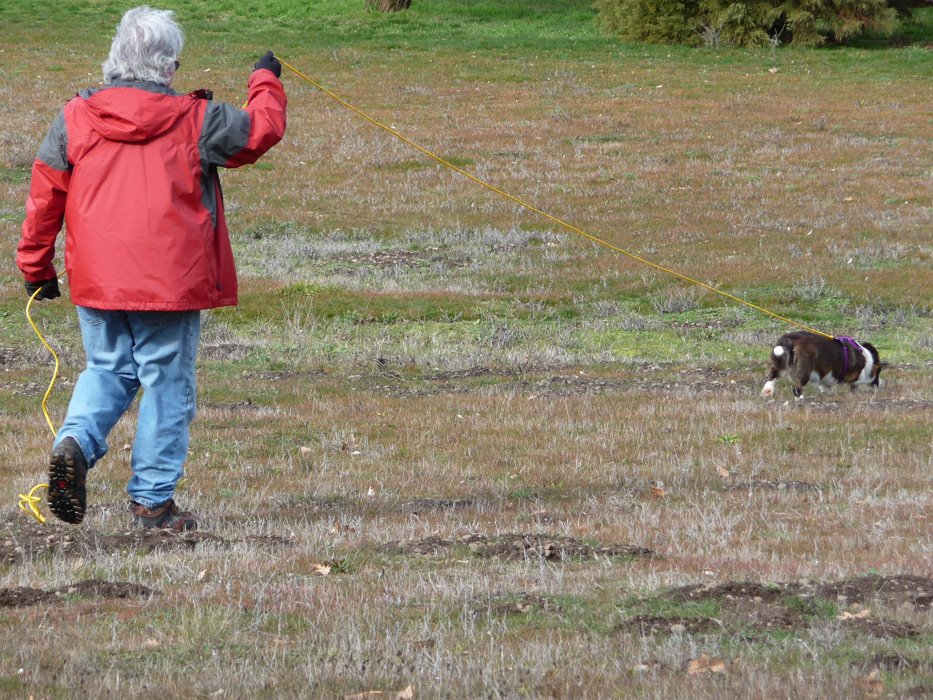 Molly is coming right along. She’s starting to learn to pull and to indicate the article, and only got distracted a few times. 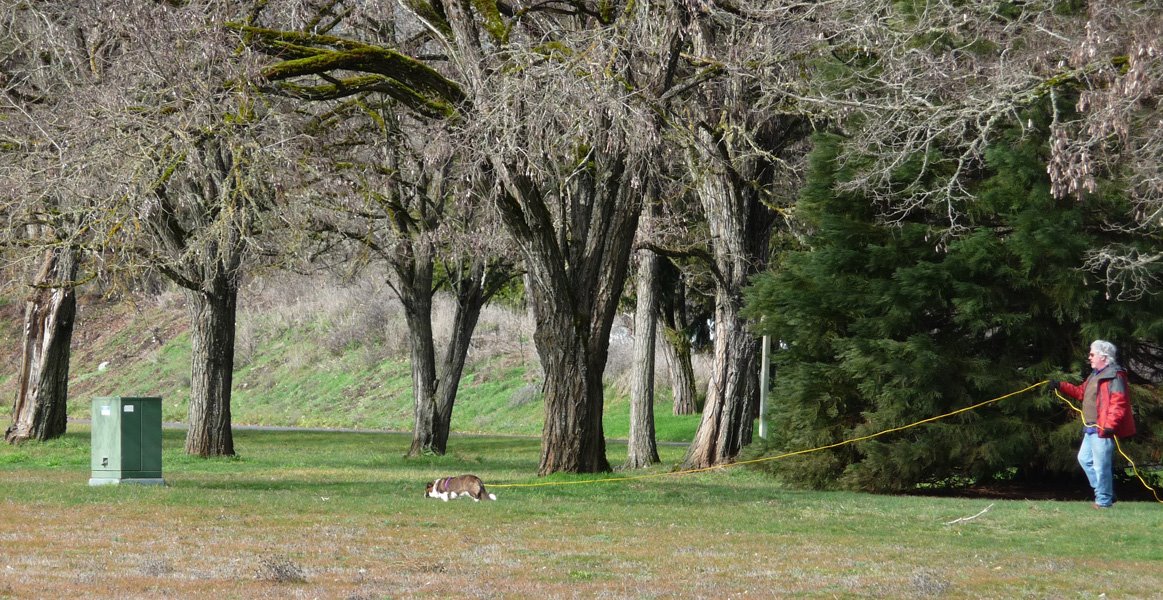 Tom is doing pretty well with his line-handling skills, too.
I don’t remember if I mentioned it, but Huxley’s tracking career was over in the first week. He is (ahem) lazy and doesn’t get motivated by either food or toys.

Alice, on the other hand, is very extremely food motivated. And she needed something new to do. 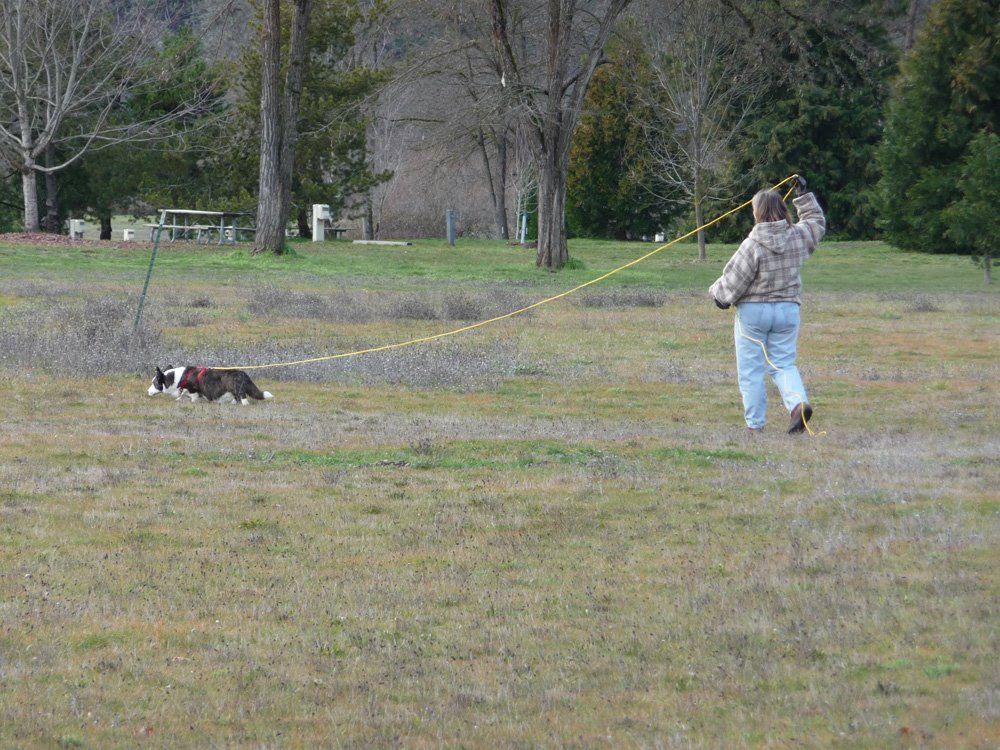